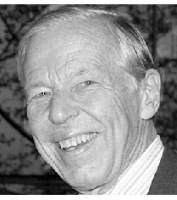 GRAFF--F. Malcolm, Jr. A Manhattan banker and philanthropist who was a passionate champion of opera, died on September 18 at his home in Montecito, CA., at the age of 82. The cause was cancer, said his wife, Yveta Synek Graff, a Czech opera coach, translator and transliterator. Malcolm was a retired private wealth banker in Manhattan for the Bessemer Trust Company, which he joined in 1996. Prior to that, his career in trusts and estates spanned for over 40 years at the Banker's Trust Company. From 1970 until his death, he served on the board of the Metropolitan Opera Guild, and in 2008, was awarded the Eleanor Belmont Medal for his distinguished services. The Guild provides a wide variety of educational programs, publishes the magazine Opera News and presents a number of public programs celebrating the opera world, and Malcolm was instrumental in expanding all of these activities, at various times serving as Secretary, Treasurer and Vice President. He became a Member of the Metropolitan Opera Association in 1981 and has actively served as an Advisory Director of the Met board since 1989. He was also active in a wide range of other causes. He was the chairman of the Bagby Foundation of Musical Arts, and was on the boards of the American/French Friends of the Paris Opera, The Save Venice Foundation, as well as a founding member of the Opera Orchestra of New York. Born in Oakmont, PA, to Frank M. Graff and Julia Westin Graff, Malcolm was a graduate of Princeton University and Harvard Business School. He considered his greatest blessing to be his forty year marriage to Yveta to whom he was passionately devoted and extremely proud. In addition to his wife, he is survived by his step-son, Steve Love, and his wife, Jeanie, of Studio City, CA, his grandson, Chase Graff Love and his god-son, Marc Chazaud.

Published by New York Times on Sep. 22, 2013.
To plant trees in memory, please visit the Sympathy Store.
MEMORIAL EVENTS
To offer your sympathy during this difficult time, you can now have memorial trees planted in a National Forest in memory of your loved one.
MAKE A DONATION
MEMORIES & CONDOLENCES
1 Entry
So sad to read this & so very sorry we lost touch for so many years. He was a dear man & a wonderful friend & Wynn & I send our sympathy.
Sally Chamberlain
October 18, 2013
Showing 1 - 1 of 1 results