FREDERICK LUBCHER
1931 - 2020
BORN
1931
DIED
2020
LUBCHER--Frederick. Woodmere, New York. Attorney, retired partner & chair of trust & estates department of Fried, Frank, Harris Shriver & Jacobson, LLP passed away Sunday evening November 29. Born on January 28, 1931 in Lesko Poland, at the age of 9, Fred immigrated to New York from Austria with his mother and two older brothers Bernard and Herman, refugees from the rise of Nazism. Fred worked hard to earn money for his family while learning English and ultimately graduating from New York University in 1952 and New York University School of Law in 1955. He began his career while in high school in 1946, working in the mail room of the law firm (Strasser Speigelberg) that would become known as Fried, Frank, Harris, Shriver, and Jacobson, LLP. Upon earning his law degree Fred was hired by the firm as an attorney and rose through the ranks to become the admired and respected chair of the trust & estates department. Although Fred was a very private person, in 2018, in the interest of preserving the history of Jewish Survivors, he agreed to be interviewed by the United States Holocaust Memorial Museum. He discussed a history so private to him that his children only became aware of the story upon watching the video interview. In honor of their father his children ask that you watch the interview which can be seen at the following url https://collections.ushmm.org/search/catalog/irn611751

His family knows him as a strong but gentle man. He was a husband, father and grandfather who would carry the weight of the universe if he felt they needed him to. He never wavered in his devotion to his family and others he cared for. He is remembered by his friends and colleagues as one of the finest men they have known.

He is survived by his beloved wife of 67 years, Shirley (nee Greenberger) Lubcher, and his loving children Jeremy and Howard, their spouses Amy and Mari, and his grandchildren Steven (Sophie), Evan, Allie, Remi and Sam Lubcher.

We will miss him dearly.

Due to Covid restrictions, funeral services will be held privately.

In lieu of flowers the family would appreciate any donations made to the United States Holocaust Memorial Museum (https://www.ushmm.org/support)
Published by New York Times on Dec. 2, 2020.
To plant trees in memory, please visit the Sympathy Store.
MEMORIAL EVENTS
To offer your sympathy during this difficult time, you can now have memorial trees planted in a National Forest in memory of your loved one.
MAKE A DONATION
MEMORIES & CONDOLENCES
Sponsored by Howard Lubcher.
3 Entries
I didn't know him, but I read the obituary in the NY Times and then played his oral history on the USHMM site. He was such a warm and interesting person. I'm sure I would have like him and I'm making a donation to the USHMM in his memory. Thanks to his family for the thoughtful obituary which prompted me to learn about Frederick Lubcher. 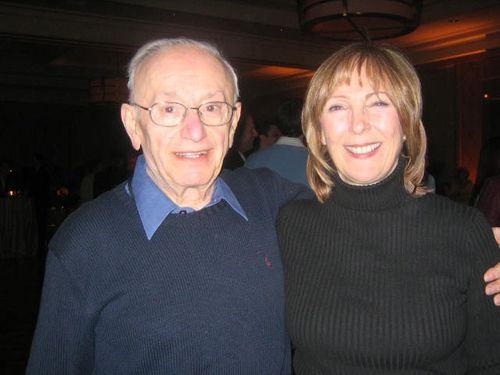 I was Fred's secretary for many years at Fried Frank. He was brilliant, fair and loved by the secretaries and staff at the firm. We are going to miss him and I will always remember him. My sincere condolences to Shirley and his family.
Patricia Lorenz
Coworker
December 12, 2020
Fred was so important to my career at Merrill Lynch. I will always remember this kind, astute gentleman. With love, Howard Lippman
Howard Lippman
Friend
December 4, 2020
Showing 1 - 3 of 3 results