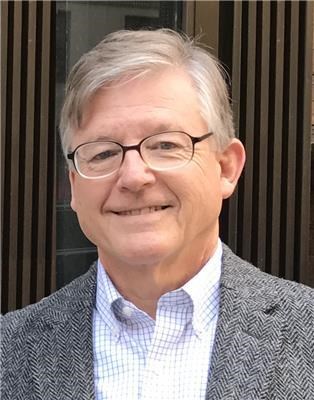 BORN
1947
DIED
2020
FUNERAL HOME
McNamara-Sparrell Funeral Home - Cohasset
160 South Main Street (1 Summer Street)
Cohasset, MA
1947 - 2020
George Stephen Kovach, Jr., died in Cohasset, MA, April 12 of complications of pancreatic cancer. He was born October 5, 1947, in Stony Point, NY. As a child, he hiked, fished, and camped in the hills along the Hudson Valley beginning his lifelong love of the outdoors. He was the son of the late George Stephen, Sr., and Eileen (Phillips) Kovach, and the eldest of nine siblings. While attending Boston College part time as an undergraduate, he was drafted into the Army, served as a combat infantryman in Vietnam, and was awarded a Purple Heart and two Bronze Stars for Valor. He returned home, married, completed his degree and had a 20-year career in the field of commercial real estate.

In 2000, he moved with his family to Budapest for two years where he discovered the roots of his Hungarian heritage. It was during this time that he endured the onset of complex PTSD. While working to overcome the debilitating symptoms of this condition, he returned to his love of literature and earned his MA and then MFA in creative writing at UMass Boston. During this time he launched Consequence Magazine, now in its twelfth year, a literary journal that focuses on the culture and consequences of war. He believed that a high standard of literature and the arts can advance the discourse a democracy needs to govern itself, and that the best writing and visual art, as well as translations of work from other countries that have known war, offer emotional as well as intellectual access to the experiences of victims, combatants, and witnesses. He worked continuously to advance the mission of the journal, publishing it annually, organizing panels, and leading writing groups for Veterans, all to promote a clearer and more nuanced understanding of what's at stake when a country chooses to wage war. A collection of his poems, THE LIGHT OUTSIDE was published in December 2019 by Arrowsmith Press.

He leaves behind his treasured family: his beloved wife of 48 years Joan (Stack) Kovach, his son Stephen and fiancee Karen Sikola, his son Peter and wife Melissa Quethia (Romain), his precious granddaughter Vivienne, and his son Jake, as well as all his favorite siblings: James, John, Stephen, Elisabeth (Betsy Clough), Tom, Anne, Michael, and Christopher Kovach; their spouses, his many nieces and nephews, his dear Aunts Teresa Kovach Kennedy and Doreen Phillips, many Kovach and Phillips cousins and Stack family in-laws as well. He will be remembered for his skill as an encouraging and rigorous editor, his discriminating good taste, his infrequently invoked but hilarious and dry sense of humor, his understated guidance and affection for his children, his generosity, his remarkable kindness, the protective love he had for his family, and the gentle grace with which he blessed the world. In lieu of flowers, donations can be made to Consequence Magazine, Box 323, Cohasset, MA 02025 or Consequencemagazine.org. A memorial service is planned for late summer, or when large gatherings of people are once again permissable.
Published by New York Times from Apr. 16 to Apr. 17, 2020.
To plant trees in memory, please visit the Sympathy Store.
MEMORIAL EVENTS
To offer your sympathy during this difficult time, you can now have memorial trees planted in a National Forest in memory of your loved one.
Funeral services provided by:
McNamara-Sparrell Funeral Home - Cohasset
MAKE A DONATION
MEMORIES & CONDOLENCES
17 Entries
We said hello to each other for the first time in the Boston College dining hall, because we were both wearing our army fatigue jackets. Decades of friendship followed, and for me, one filled with appreciation and admiration for a person of great, quiet and steady depth -- and irrepressible humor buoyed by his splendid wife Joan. The loss is as searing as the memory of him is bright.
Michael Shenkman
May 8, 2020
I worked with him at John Hancock, and he was one of my favorite people there -- just a very smart and sweet guy. I'm very sorry to hear this.
Malcolm Pittman
April 21, 2020
Such a kind & gentle soul. How blessed we all are to have walked together for a short while.
Julie Batten
April 20, 2020
Dear Joan and Family we are all saddened by the passing of George. His absence will be felt by so many in so many way. As a husband, father, grandfather, and friend. He was such an important person to so many.

-The Strazzullas
sandra strazzulla
April 20, 2020
To Joan and the family,
I am very saddened to hear of your tremendous loss!
Of course, I remember George fondly from back in our Albertus Magnus days.
Joan, naturally, we go further than that.
St. Anthony and all those CYO talent shows.
May Faith in God and the Love of family and friends,
bring you peace and hope.
Much love,
Bunny xo
Bunny Partridge Raylman
April 19, 2020
George was such a kind person. We attended AMHS together and he was a year ahead of me. He always had a ready smile and was a true gentleman. I remember him wearing a tweed jacket, thinking to myself....how cool was that in 1965.
He led a remarkable life. Our prayers and condolences to his family.
Patty Dwyer O'Connor
WDC
Patty (Trish) Dwyer O'Connor
April 19, 2020
My sympathies go out to George's family and friends. George was a valued member of our Veterans' Group at the Brockton Vet Center for many years. When he spoke, everyone listened. He was very insightful and intelligent. I always admired George for the way he was able to use his literary skills to help veterans and himself deal with their experiences. I would call George a true "Renaissance Man". May he truly rest in peace.
Charles Deacon
April 19, 2020
May the love of friends and family carry you through your grief.
Richard Johnson
Friend
April 19, 2020 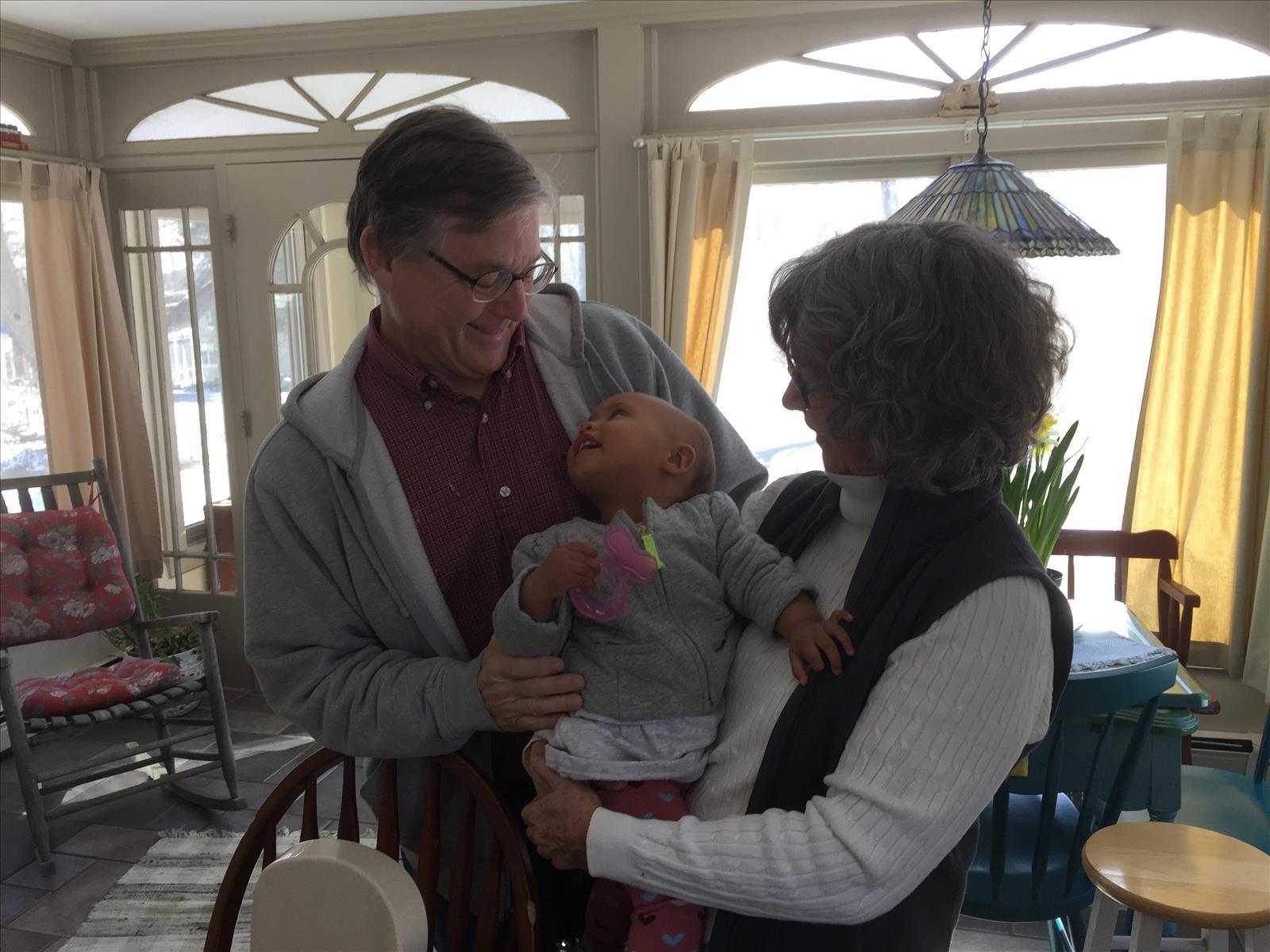 A fine fine fellow - such a treat to sip a good scotch and reflect on the world - such a gentle smile
Harriet Cog McCollum
April 19, 2020
George and Joan became my cherished friends while I was at Boston College in 1973 and George was my classmate. George's intellectual maturity and discipline as a student of literature were already apparent then, and drew me to him. When we spoke last, a few weeks ago, he was still unmistakably, entirely and imperishably himself - not to be forgotten! My condolences and best to Joan, their sons and families and to the entire far-flung realm of Kovach's and Stack's who made up his world.
April 19, 2020
George made the world a better place and he will be missed by all of us fortunate enough to have know and loved him . He was my big brother; I've always looked up him and loved his soft gentle way.
Betsy
April 18, 2020
My earliest memories are of the wonderful Kovach family from Stony Point. Our parents were dear friends. My deepest condolences to the Kovach and the Stack families.
Beth DuCharme Duke
April 17, 2020
My sincere condolences to you and your family on the loss of George. I was a classmate of George's at AMHS. He was a very nice fellow.
Katherine (Lydon) Wollaston
April 17, 2020
It was my great good fortune to be George's teacher when in fact he was really mine. I treasured his kindness and his friendship as I will always treasure his memory.
Lloyd Schwartz
April 17, 2020
Such a gift to the world, literary and otherwise. Love to you Joan, Steven, Peter and Jake. And to the entire Kovach family, thank you for sharing him.
Susan and Graham Prindeville
April 17, 2020
My deepest condolences!
Jan Barry
Friend
April 17, 2020
Love and prayers to George's family from his ICS and AMHS classmate. His was a life well-lived.
Eileen DuCharme Lima
April 17, 2020
Showing 1 - 17 of 17 results