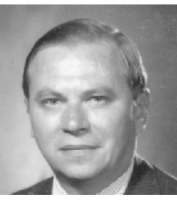 VOJTA--George J. Born November 13, 1935, died peacefully on December 22, 2010. He is survived by his wife, Susan Hubbard, sons Christopher and Timothy, grandchildren George II, Charles and Grace, and daughters-in-law Deneen and Amber. He received Bachelors and Masters Degrees from Yale University. He spent most of his career at Citigroup -- then First National City Bank -- where he rose to Executive Vice President. Most notably, he ran Strategic Planning and the International Division. The remainder of his career was spent at top-tier financial institutions, in particular Bankers Trust, where he was Vice Chairman of the Board. He was known for his expertise in financial strategy and risk management. In addition, he played a prominent role in the restructuring of the global financial system and banking reform following the financial crises of the 1970s, 1980s and 1990s, consulting with the World Bank, the Bank for International Settlements, and individual countries. He also served as a board member of many distinguished enterprises, including: Northwest Airlines, Private Export Funding Corporation (PEFCO), Miles Laboratories and Urstadt-Biddle Properties. He was also a Director of the New York State Banking Board, Member of the Council on Foreign Relations, Fellow of the Center for Strategic and International Studies, Chairman of the Financial Institutions Center of the Wharton School and Board Member of International Executive Service Corps. He was Chairman of the Board of the Yale Center for Corporate Governance & Performance, a Trustee of Lawrence Hospital, Founding Board Member of the Bronxville School Foundation, Chairman of the Bronxville Public Schools Long Range Planning Committee, Chairman of the Investment Committee for Sarah Lawrence College and member of the board of St. Lukes-Roosevelt Hospital. He advocated for financial standards and corporate reform throughout his career, writing numerous books and articles. His most well-known publications include the article "Bank Capital Adequacy" in 1974, the book "Beyond Human Scale" co-authored with Eli Ginsberg in 1983 and the book "Globalization for All" in 2010. After he retired, he founded the eStandardsForum, a formal platform for his advocacy. He was an avid golfer, fisherman, hunter and piano player. He was a member of The Blind Brook Club, Clove Valley Rod and Gun Club, The River Club, Siwanoy Country Club and The Lost Tree Club. He leaves behind a legacy of compassion and service. His family and friends will miss him. A Memorial Service will take place at the Reformed Church of Bronxville on Saturday, January 29 at 11:00am In lieu of flowers, the family asks that donations be sent in his name to the following: The Lawrence Hospital Cancer Center 55 Palmer Avenue Bronxville, NY 10708.

Published by New York Times on Jan. 2, 2011.
To plant trees in memory, please visit the Sympathy Store.
MEMORIAL EVENTS
To offer your sympathy during this difficult time, you can now have memorial trees planted in a National Forest in memory of your loved one.
MAKE A DONATION
MEMORIES & CONDOLENCES
Sponsored by anonymous.
20 Entries 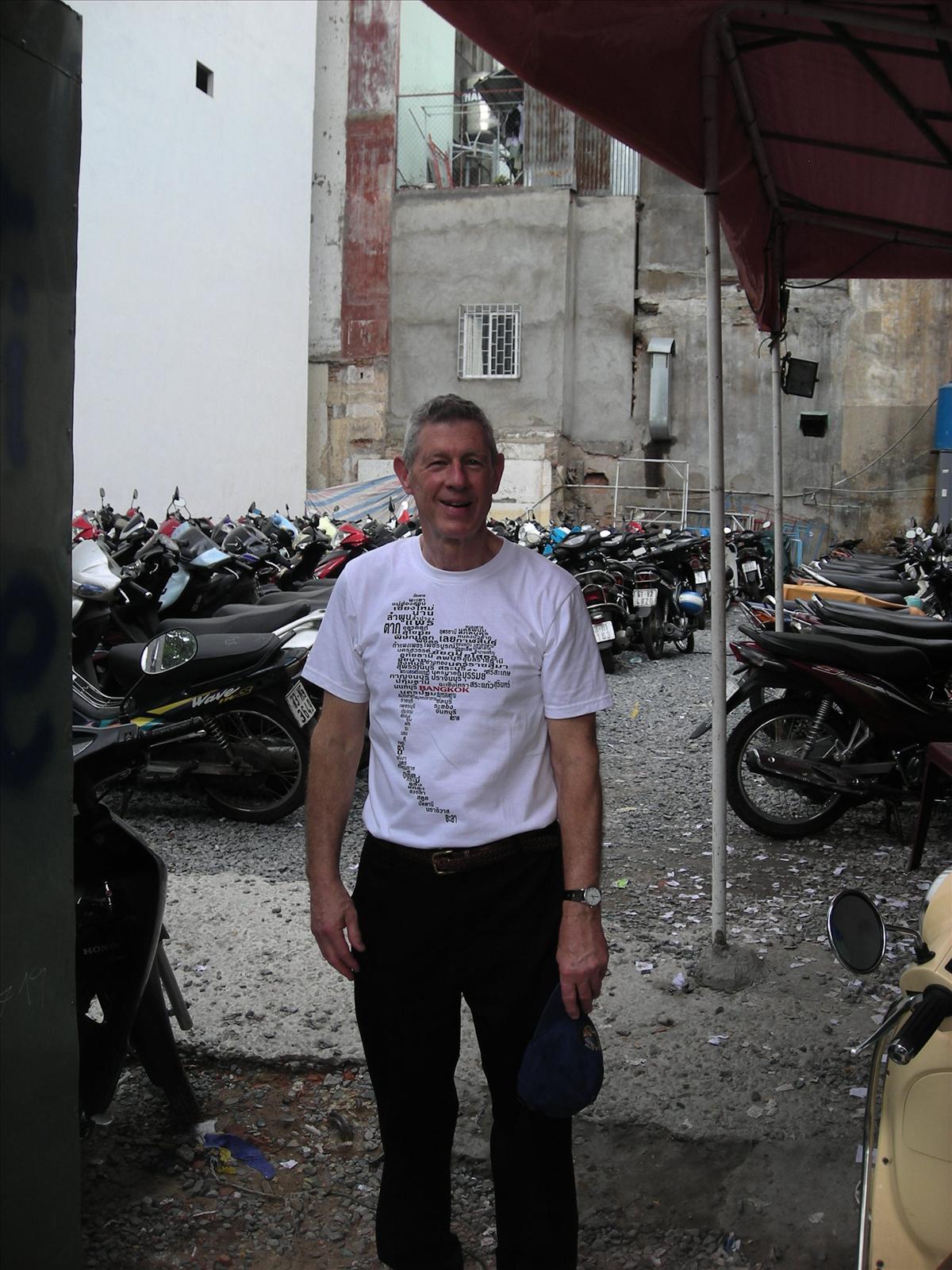 Susan and family, my condolences! News travels pretty slow here on th*e prairie(Belgium, Wisconsin)! As a trainee in Tokyo, George took time to teach me many things, including how to properly fill out a simple check. I've never forgotten! I felt I was fired by him in April, 1975 in Hong Kong, when he said if "you go back to Saigon you'll go back on your own!" Then, a month later at Citibank's NYC head office I ran in to him in the hall walking with a group of big shots. He stopped the group and said to me: "do you have a dime?" I was amazed to think he wanted to make a phone call, but I reached in my pocket and handed him a dime. He said: "that is your punishment for going back to Saigon!" Then he handed me an envelope with a check in it. He said "this is for you from the Board of Directors." On another occasion, over a dinner, he patiently laid out a long and detailed case as to why I should spend my career with Citibank and enumerated all the great things that were to come.
George was great to me!
I wish you peace and that all the memories of George sustain you and bring you joy.
Love and cheers,
John Riordan
John Riordan
June 19, 2013
George and Susan were a special part of our lives back in the 1960's and beyond when we with Citibank in Asia. Our families grew up together in the Philippines and Japan and those relations will always be treasured. Now we honor the memories of both George and Susan. They will always be with us! Betty Ann and Rick Wheeler
Richard Wheeler
August 8, 2011
The obituary features a long list of prestigious positions achieved by George Vojta in his illustrious career. He may have spent most of his professional time on or around Wall Street, but his name was well known and widely recognized well beyond the boundaries of Wall Street. Since I worked very closely with George for many years, I would like to recall one event in the life of this outsized and distinguished professional that is probably not as widely known, but which, I believe, typifies the type of person that George was.
In 1989 well over one thousand officers of the Technology and Operations departments of Bankers Trust gathered in the auditorium of the Company to hear from its Chief Strategist how Bankers Trust was formulating its strategies that, ultimately, enabled Bankers Trust to emerge as a leading and widely acclaimed financial institution. Consultants and non-employees were not allowed to attend.
After the presentation a number of consultants and other professionals came to my office wanting very much to know “what message” had been communicated by George Vojta. When I inquired why they were pressing me to reveal information which had been deemed confidential by the bank, one of them responded: “Carmine, we have spoken to a number of people who have come out of the auditorium, and while none of them is saying anything about what happened, we can’t help but notice that each one of them feels, acts and behaves as if he/she were 7 feet tall. What did George say to charge them up as much as he did?”
It was not just what George said, it was his ability to relate to his employees as people and to “reach” each and every one of them. Even when talking to a crowd made up of thousands of people, he could inspire each individual in the room and make them feel like they were 7 feet tall. That is what made George so special.
George, on behalf of myself and many of our friends, I salute you! We will miss you, but you will live forever in our memories and in our hearts! Susan, to you and your family, our deepest condolences.
Carmine & Josephine Vona HOBOKEN, NJ March 30, 2011
April 1, 2011
I am saddened by this loss. George had a huge positive influence on my career.
Frank Sudia
February 28, 2011
George was an inspiration and a wonderful human being. We will miss his wisdom and guidance. Anne and Jay Simmons
February 25, 2011
My condolences to Vojta family.
Norman C. Vojta
Broadview Heights, Ohio
February 21, 2011
Susie, Frank and I were so sad to hear of George's passing. We remember all the fun times we had in High School. You are in our thoughts.
Frank & Kay Spachman
January 26, 2011
Susie, Frank and I were so sorry to hear of George's passing. We remember all the fun times we had in High School. George was a good person and good friend. Our thoughts are with you.
January 26, 2011
His understated strength, commitment to integrity and willingness to assist all who sought help made George Vojta an unforgettable man of our times. He was an invaluable advisor to me in my role as President at Concordia College. I am truly grateful for the interest he took in us.
Viji George
Viji George
January 26, 2011
I was one of many young researchers at the Wharton School Financial Institutions Center whom George was kind enough to help out over the years with thoughtful advice and introductions. He was a fine man and I will miss him.

Daniel Raff
Philadelphia
January 25, 2011
Suzie... so sorry to hear about George... many year have past but will always remember our time at gramer school and High School RBHS class of 53
Jim Grove
Colleton River Plantation
Bluffton, SC
January 10, 2011
George was a remarkable, accomplished and caring man. We who knew him through his elementary/high school years never doubted that he would do extraordinary things. And he did!
Nancy Muska McKelvey
January 10, 2011
I have known George for a number of years through his work as the Chairman of the Board of Kozminski University Foundation in the US. He was a great professional and a great man, deeply committed to making the world a better place. He was also an intellectual, happy to contribute to our research at TIGER and Kozminski University. He will be missed in Poland as much as he will be missed in the US.
Marcin Piatkowski
January 6, 2011
I was fortunate to work with George at Citibank when he was running Strategic Planning at Citibank (First National City Bank in those days). A challenging and exciting time. A considerate, thoughtful, demanding boss. A class act in a world where that is a rare commodity. He will be greatly missed by those who knew him well and those whose lives he touched more briefly.
Christopher B. Reid
January 5, 2011
I worked for and with George Vojta at Citibank in the '70's. He was an intellectual with executive skills. I loved our interactions and was also tested by them. The family should count me among the many who miss him.
Rick Lawrence
January 5, 2011
I knew George both through Bankers Trust and through his many years of service as a member of the NYS Banking Board-where as a former Deputy Sup't.for many years, I saw his great service and contributions-first hand. He was indeed a gentleman of the highest order-and yet a straight talker who always made good sense. Just a great guy.
May he rest in peace.
Bob McCormick
January 4, 2011
George Vojta was a great man who demonstrated integrity and tenacity in the time I was privileged to work with him. George's strong sense of civic duty compelled him to acknowledge the financial system's weaknesses and work to address them.

George was terribly proud of his wife and children. He spoke of them often.

I mourn the loss of Mr. Vojta but celebrate the many things he accomplished in his life and the example that he set.

God Bless you and Rest in Peace, sir.
Granville Martin
January 4, 2011
George and I joined Citi on the same day in 1961 and stayed in contact over the years. He will long be remembered, and missed, by all who had the pleasure of knowing him. My thoughts and prayers go out to Susan and the family at this moment of loss, with the conviction that they will have the memories of all the good years they had with George with which to honor his memory.

John Cooper
Islamorada, Florida
January 3, 2011
My condolences to Susan and family members. George was an exceptional banker and person. (I was with FNCB from 1966-71)
Sandra Zeese Driscoll
January 3, 2011
Showing 1 - 20 of 20 results