GILBERT PARKER
1927 - 2019
BORN
1927
DIED
2019
PARKER--Gilbert, noted theatrical literary agent, died peacefully at his home in Manhattan on October 29, 2019. He was 92. Beth Henley, whose Pulitzer Prize-winning play "Crimes Of The Heart" Parker shepherded to worldwide success, said "He had a passion for theatre like no one I have ever known." Parker was in the ninth grade when he saw Ruth Gordon, Katherine Cornell and Judith Anderson in a production of "Three Sisters". A teacher told him that the playwright was Anton Chekhov, and that all of his plays were in the library. "So I read them all," he later related, "and I've been reading them ever since." He read Chekhov, and during the course of a career which spanned fifty years and for the rest of his life, thousands of others. Parker was born in Philadelphia on February 4, 1927 to Clara Rumpp and Gilbert Albrecht. He attended Germantown Friends School, and then Wesleyan University, where he became its first theatre major. His time there was interrupted by service in the U.S. Navy, before graduating in 1948. He then spent a year acting at the Cleveland Play House and the Chautauqua Theatre Company, before earning a master's degree in Communication Arts from Fordham University in 1951. At a time when most of the noted theatrical agents were women, Parker became one of the first men to enter the field. His first employment was as assistant to the legendary theatre agent Audrey Wood, whose clients included Tennessee Williams, William Inge and Robert Anderson. He followed Miss Wood to MCA Artists Ltd., where he handled the foreign rights to her clients' plays, as well as those of her associate Kay Brown, working with Arthur Miller, Lillian Hellman, Samuel Taylor and others. He worked at several smaller agencies before landing at Curtis Brown Ltd., where he was a Vice President, handling dramatic rights. In 1979, Parker joined the theatre department of the William Morris Agency, where his client list of playwrights and directors included Melvin Bernhardt, Scott Ellis, George Furth, Frank Galati, A.R. Gurney, Beth Henley, Doug Hughes, Claire Labine, Hugh Leonard, Ken Ludwig, Des McAnuff, Terrence McNally, John Madden, Mark Medoff, John Tillinger, Richard Wilbur and scores of others. While there, his clients won twelve Tony Awards and three Pulitzer Prizes. It is no exaggeration to say that, during his long career, he helped to bring hundreds of plays to production, from "Candide" in 1956 to "The Full Monty" in 2000. Parker was often referred to as "the last of the gentleman agents". A young writer's first play off-off Broadway brought from him the same enthusiasm and critical intelligence as for a major musical on Broadway. A handshake was as good as a contract to him. Even after retirement, he continued to mentor young playwrights and directors, emerging artists whose careers were just beginning. Thomas Kail, the director of "Hamilton" said, "I met Gilbert six months after I moved to New York in December of 2001. He was encouraging, wise and always there when I needed him. I saved a seat for him for every show I ever did, he never missed one." Parker was Vice-President of Dramatists Play Service, and served on its Board of Directors for 37 years. He was head of the Dramatic Branch of the Society of Authors' Representatives, and also on the boards of Theatreworks/USA and Transport Group. He was a member of the Nominating Committee for the Tony Awards for two terms. He purchased a summer retreat in Fire Island Pines in 1958 and was an active and devoted member of that community for the rest of his life, serving on the Board of Directors of the Fire Island Pines Arts Project. He was preceded in death by his sister, Joan Parsons of Carmel, CA and is survived by his three nieces, Jody Parsons (Richard Wong), of Carmel, CA; Susan Parsons (Angus Baker), of Mt. Pleasant, SC; and Julie Meineke (Steve) of Sun Valley, ID; grandnephew Jamey Tinkey (Adrian) and great-grandnephew Michael Tinkey, of Charleston, SC; and grandniece Nisa Meineke, of Seattle WA. A memorial celebration will be held on February 3, 2020. Gifts in celebration of Parker's life may be made to the Gilbert Parker Endowed Scholarship Fund at Wesleyan University, sent to the care of Marcy Herlihy, Office of Advancement, 291 Main Street, Middletown, CT 06457.

To plant trees in memory, please visit our Sympathy Store.
Published by New York Times on Dec. 1, 2019.
MEMORIAL EVENTS
No memorial events are currently scheduled.
To offer your sympathy during this difficult time, you can now have memorial trees planted in a National Forest in memory of your loved one.
MEMORIES & CONDOLENCES
2 Entries 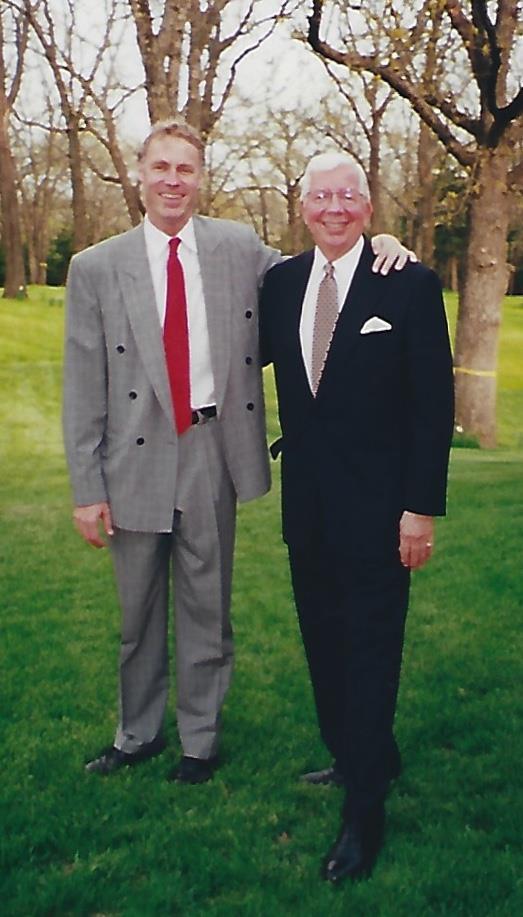 I was friends with Gilbert for 20 years. He was a wonderful, generous man and incredibly loyal to his friends. We met at the William Inge Theatre Festival in 2000, the year of the tribute to his client, A.R. (Pete) Gurney. I was driving us to the gala dinner and we both started telling theatre stories and I was so enraptured, I missed the exit. We got so lost on the backroads of Kansas, we almost missed the entire event! My husband Don and I spent an incredible weekend at his home in Fire Island. We laughed so much together! You shall be missed, dear Gilbert.
Luke Yankee
December 1, 2019
Gilbert - You were always a challenge and a joy to negotiate with - especially because your clients were among the best and you commanded and gave them the respect and representation they deserved. When you said "I'll recommend it" at the end of a deal it was like heaven. I will always cherish the last time I saw you - at the Primary Stages dinner honoring Biff - another superb gentleman of the theatre. You are remembered. Rest in peace.
Albert Poland
December 1, 2019
Showing 1 - 2 of 2 results