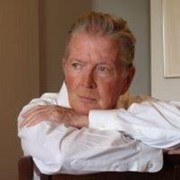 1934 - 2017
A multi-talented and entirely unique individual, Gordon Osmond, age 82, died peacefully on February 20, 2017 having lived his life in exploration and fulfillment of his manifold talents and interests.

A former managing partner at the law firm of Donovan Leisure, Newton and Irving, Gordon Osmond is a graduate of Columbia College and Columbia Law School, where he served as Decisions Editor of the Law Review. In addition to generous scholarships he worked his way through college modeling for various teen magazines including several cover shots. His entire legal career was spent at a single Wall Street law firm. As he would say, he compensated for his excessive professional stability by having a fairly tumultuous personal life.
Shortly before and continuing well beyond retirement he turned his attention to writing both as a novelist and playwright.

As an author Osmond was respected for his impeccable command of language, humor and character development. Clever doesn't begin to describe his acerbic wit. He was inspired and challenged by the wonders of the English language to which his book, "So You Think You Know English--A Guide to English for Those Who Think They Don't Need One" is dedicated. Other self help books and videos include "A Hip Pocket Guide to Sports" and "Be a Buddy to your Body."

In January, 2013, Secret Cravings Publishing launched Osmond's debut novel, "Slipping on Stardust", which has received numerous professional reviews. Subsequent additions to his oeuvre include "Turner's Point" and "The Page."

His plays include "A Matter of Tone", "The Scales" "Ben And Jerry," "Fertile Deception," "First Family," "The Hostage Heart," "Jackie and Jill," "Patient Target," "Queen of Sheba," "Viva La Muerte" and "What's It All about Albee." Professional productions have graced stages in New York City, Winston Salem North Carolina, Dayton Ohio and San Diego California as well as other cities.

In San Diego he taught English as a second language to hundreds of students. He also hosted an internet interview show from San Diego and Brazil where he interviewed many new authors.


Born in Washington D.C. spending several of his teen years living in Tokyo Japan during the occupation, he lived in New York City for nearly 50 years and then moved to San Diego and finally Sao Paulo Brazil. He was an avid tennis player all his life, a member of the Columbia College Varsity Swimming Team, a serious ballet student in his twenties, thirties and even into his forties.

He is survived by his beloved husband, Luiz Russo, with whom he spent his last 28 years, a brother and devoted friends from all over the world.

Memorials will be held in Sao Paulo as well as Jackson, Michigan.
Published by New York Times from Feb. 24 to Feb. 25, 2017.
To plant trees in memory, please visit the Sympathy Store.
MEMORIAL EVENTS
To offer your sympathy during this difficult time, you can now have memorial trees planted in a National Forest in memory of your loved one.
MAKE A DONATION
MEMORIES & CONDOLENCES
Sponsored by anonymous.
22 Entries
Still miss you. You were such an inspiration for me. Barbara Watson ([email protected])
Barbara Watson
October 12, 2021
You brought such joy to my life, dearest Gordon. You, Luiz and I had such great fun together. You were such a good person. I will never forget your generosity and brilliance. I cannot believe you are gone, for you seemed invincibile to me.
Rita Boncompagni Ludovisi
Friend
October 11, 2021
Gordon was a lovely man. I miss laughing with him.
Laurice LaZebnik
February 18, 2021
I still miss you. I hope you’d not find that surprising. Barbara Watson ([email protected]) from Open Salon
Barbara
Acquaintance
February 18, 2021
Oh Gordon. You helped and encouraged me so much when we met on Open Salon. How I wish we could have met face to face. Thank you for being in my life in a small way. Those who actually knew you were so lucky. Barbara Joanne in Moscow ([email protected])
Barbara Watson
Acquaintance
February 19, 2019
Dear luiz, I have emailed and now Skyped you. I was so sorry to hear that me dearest of friends had passed over. We first met when he worked in london and had such fun. He was a very special person. i miss you dear Gordon.
adrienne conway
October 18, 2017
Dear Luiz,

Just learned late last week about Gordon's death, when his name appeared in the In Memoriam section of the Alumni Newsletter for Woodrow Wilson High School in Washington DC, where we had been classmates. Alas. He was such a bright, creative, quirky man, one who enjoyed life to the fullest. We had fun when my friend Katie and I visited you and him in Chula Vista those many years ago. All those who knew him now must cope with the presence of his absence. It will be hard.
Betsy Shaw Weiner
July 29, 2017
Dear Luiz. A big hug to you and to Gordon's brother. I cherished my friendship with you both and just learned of his death today? July 10. He was a magnicent man Brilliant, sardonic but so loving you are both in my thoughts
Margaret Bancroft
July 10, 2017
I only 'met' this wonderful man via the Internet. Oh Gordon, good-bye, Godspeed, how I wish to meet you for real some wonderful day! Barbara Watson, Moscow, Russia. ([email protected])
Barbara Watson
July 10, 2017
Deepest sympathies to the friends and family of this warm-hearted and wise writer (well, that's what I think of when I think of him). I had the great honor of writing a couple of blurbs for the covers of his books. He was a brilliant wordsmith and a wonderful sounding board for others' works. I often felt my own writing was successful only if it passed muster with Gordon. He was a kind soul possessed of a wit and intelligence derived from a lifetime of reading, writing, and absorbing culture, both high and low. His emails always made you feel better about being alive and about creating, whatever it was one created. I'll sorely miss him (and Luiz, who was very gracious to me when our paths crossed). I shall not forget you my friend.
James Broderick
June 4, 2017
My husband, Bob Frieland, joins me in offering heartfelt condolences to the Osmond family.

Bob Machado
Verona, N.J.
Robert Machado
April 1, 2017
A light in dark places...
CK Webb
March 4, 2017
"Life moves pretty fast. You don't stop and look around once in a while, you could miss it." I don't think Gordon missed very much.
Howard Gillis
February 28, 2017
May his memories live on in the hearts and prayers of love ones bringing comfort and solace as he R.I.P pain free. Ecc:9:5
February 27, 2017
Condolences to the Osmond clan
Mark Rosenfeld
February 26, 2017
A good friend and a respected author. We had a lot of laughs together and I really enjoyed knowing him
February 26, 2017
I worked with Gordon for several years in the mid-'80s and fondly remember his wit, humor, irreverence and diverse talents as well as his considerable legal skills. My deepest condolences to the family and friends he leaves behind. The world has lost a real gem.
Robin Pruitt
February 26, 2017 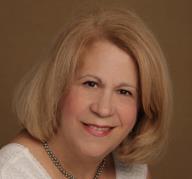 Such a dear friend, constant supporter, rare individual, funny, and delightful person. What a huge loss to the world!! I am so saddened by his passing.
Jean Joachim
February 26, 2017
Gordon, you will be sorely missed in the author world! Godspeed.
Gray Dixon
February 26, 2017
To the Osmond Family: My heartfelt sympathies go out to the family and friends during this difficult time. I hope that the promise in 1 Thessalonians 4:14 can bring comfort. Knowing that there's a hope for the ones we have lost in death can be so reassuring.
February 25, 2017
So very sorry for your loss. I only met Gordon once many years ago, but remember his quick wit. My condolences to all of you.
Elizabeth Shannon
February 25, 2017
Gordon Osmond was a quick-witted, creative soul, and a gentleman. Rest in peace my friend.
Laurice LaZebnik
February 24, 2017
Showing 1 - 22 of 22 results