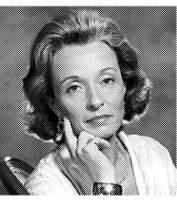 86, died peacefully at home on January 7, 2017 after a long illness. Born on December 13, 1930 to Annette (Shapiro) and Alfred Morse, founder of the Morse Shoe Company, she was raised in Brookline, MA. A graduate of Brookline High School, she entered Bryn Mawr at 16, leaving after two years to marry her first husband, Arthur Altschuler. In 1968, she returned to Boston University and completed a BA and MA in religion. A Phi Beta Kappa, she was accepted to the Harvard Divinity School's Doctoral Program in Old Testament Studies. She was All But Dissertation in 1973 when the outbreak of the Yom Kippur War inspired her to full time advocacy for Israel which remained a lifelong passion. Over the next 35 years she held leadership positions with the United Jewish Appeal, the American Israel Public Affairs Committee, the American Jewish Joint Distribution Committee and the Washington Institute for Near East Policy. In 1975 she met and married the love of her life, Jerome Zimmerman, of Atlanta, GA. In Atlanta during the Carter campaign, she found her second great passion, Democratic politics. She was Chairman of the National Jewish Democratic Presidential Campaign and after Carter's win, was appointed to the National Endowment of the Humanities. Over the next 35 years she was on the Board of the Center for Strategic and International Studies at Georgetown University, the Board of the Democratic Leadership Council and, in 1992 was appointed by President Clinton to the Board of the United States Institute of Peace. From 1992 until her death she resided in Palm Beach, FL and Aspen, CO, where she was on the Board of the Aspen Music Festival and a Fellow of the Aspen Institute. Ever more elegant as she aged, Harriet was an avid reader, bridge player, Red Sox fan and dog lover. She was a "woman of valor" who used her tremendous intellect and impressive speaking ability to advocate for the people and causes she cared about. Given the scope of her acquaintances, knowledge and curiosity, she was a world class woman who will be missed. She is survived by her children, Claire Marx (Cornelius), Robert Altschuler, Nancy O'Leary (Mark), stepchildren, Layne Zimmerman, Ellen Kaufman, Scott Zimmerman (Elana), thirteen grandchildren and three great-grandchildren. Contributions in her memory may be made to the American Israel Public Affairs Committee or the ASPCA.

Published by New York Times on Jan. 12, 2017.
To plant trees in memory, please visit our Sympathy Store.
MEMORIAL EVENTS
To offer your sympathy during this difficult time, you can now have memorial trees planted in a National Forest in memory of your loved one.
Funeral services provided by:
IJ Morris at Star of David of the Palm Beaches | Star of David Cemetery of
MAKE A DONATION
MEMORIES & CONDOLENCES
1 Entry
Harriet was a wonderful and unique woman with whom I was honored to work to strengthen and perpetuate the US-Israel relationship. She was a passionate and highly effective activist who was relentless in the pursuit of her passion. I am honored to have been her colleague and even more so to have been her friend.
David Victor
January 17, 2017
Showing 1 - 1 of 1 results