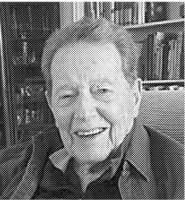 of Bronxville, NY passed away October 23, 2016 after a brief illness. Born November 6, 1921 in Lowell, MA, he served with distinction in World War II in the European theater as part of the 289th Combat Engineers division of the United States Army. A graduate of Bates College and Harvard Business School, he spent the bulk of his career at Conoco (now ConocoPhillips) where he headed up departments in planning and philanthropy. Henry was an avid hiker, tennis player and oenophile and donated to a wide range of charitable causes during his lifetime. He was preceded in death by his wife, Margaret Terry Corey (former EVP of The Educational Records Bureau) and daughter Dr. Phair T. Corey. Henry and Margaret met in Washington, DC in the 1940s while both were completing Public Affairs internships with the U.S. government. Survived by daughter Anne Corey of New York, NY.

To plant trees in memory, please visit our Sympathy Store.
Published by New York Times on Nov. 6, 2016.
MEMORIAL EVENTS
No memorial events are currently scheduled.
To offer your sympathy during this difficult time, you can now have memorial trees planted in a National Forest in memory of your loved one.
MEMORIES & CONDOLENCES
4 Entries
I met Mr. Corey when I was employed (1978-2005) at Zachys Wine Store in Scarsdale. It was always a pleasure to assist him with his wine purchases. I shared with him many of my stories about trips to various wine regions of the world. He was always upbeat, friendly and a gentleman supreme! When the Christmas holiday would arrive, I would be the happy recipient of a Mr. Corey gift! A great box of candy and a wonderful tie. I will always remember this special man. Rest In peace sir! Sincerely, Harvey Savadsky
Harvey Savadsky
September 10, 2020
May you find strength and comfort from God and his promise found at Hosea 13:14.
Annie
November 6, 2016
I am sorry to hear about the loss of your loved one.
May the love and compassion of God, continue to be with the family and friends, during and after these difficult times.
November 6, 2016
Gone and will not be forgotten, precious memories live on in the hearts and prayers of love ones bringing you comfort, wait for God's will to be done on earth as it is in heaven, doing away with death and pain forever.
November 6, 2016
Showing 1 - 4 of 4 results