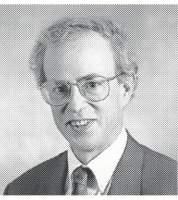 BORN
1941
DIED
2019
ROWLAND--Hugh, Jr. The family of Hugh Rowland, Jr., announces with great sadness that Hugh passed away on September 5, 2019, at the age of 77. While Hugh was physically weakened in recent years, his spirit and intellect remained bright. His passing was sudden and unexpected, and he will be greatly missed by many. Hugh was born on October 7, 1941, the son of Hugh Rowland, Sr., and Marie Elizabeth Moore Rowland, and raised primarily in New Britain, Connecticut. A lifelong booster of all things Yale, Hugh graduated from Yale College in 1963 and Yale Law School in 1967. Hugh was a much-loved husband, brother, father and grandfather. He was preceded in death by his brothers Benjamin and David Rowland. He is survived by his beloved wife, Irmela Florig- Rowland, who cared tirelessly for him after he became ill; two siblings, Margaret Rowland and Frederick Rowland; his son and daughter-in-law, Gregory and Amy Rowland; and his grandchildren, Isabel, Margaret and John Rowland. Hugh spent his entire legal career, spanning more than forty years, at Debevoise & Plimpton, an international law firm, working out of both the firm's New York office and London office. Hugh had a wide-ranging practice encompassing all aspects of international commercial transactions. His longstanding clients included Chrysler and Phelps Dodge. Hugh was loved and admired by colleagues and clients for his engaging manner, keen intelligence, creativity and mentoring, as well as his ability to maintain a playful sense of humor at critical moments. "There's got to be a way to skin this cat" was one of his signature comments. Hugh also devoted significant time to charitable causes, such as Union Settlement in East Harlem, where he served on the Board of Directors, including as Chair, from 1972-2002, and on the Advisory Council, from 2003-2015. Hugh will be interred at Fairview Cemetery near his family home in New Britain. A memorial service will be held on October 25, 2019, at 4:00p.m., at Grace Church, 802 Broadway, New York, NY 10003, with a reception afterwards. In lieu of flowers, please consider a donation in Hugh's memory to either Union Settlement (www.unionsettle ment.org/donate) or the Mount Sinai Visiting Doctors Program (www.giving.mount sinai.org/donate); enter "Mount Sinai Visiting Doctors Program" in the "Other Designation" field).