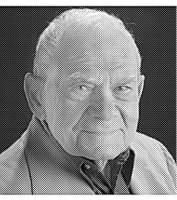 Joe Lasker was the last living member of the 48 prominent realists - including Edward Hopper, John Sloan and Raphael Soyer--who wrote for Reality, the mid-Fifties polemical journal that argued against non-representational art. He died December 3 at age 96 of congestive heart failure in Norwalk, CT. "I feel that much of American art of the last 60 years has something missing, namely narrative," Lasker said in an interview. "Without narrative there would be little left of the art of the Old Masters, of 20th-century expressionism and surrealism. There would be no Guernica by Picasso." The New York Times art critic Howard DeVree wrote of Lasker, "There is a psychological warmth and penetration in the work...especially stimulating canvasses...marvelo- usly effective...a tour de force." His oil paintings and other depictions of cityscapes, landscapes, portraits, fantasies, interiors and still lifes hang in the permanent collections of the Whitney, Smithsonian, Hirshhorn, Philadelphia, Tel Aviv and other museums. He illustrated and/or wrote children's books, including American Library Association Notable Books Merry Ever After (1976) and The Boy Who Loved Music (1979) for Viking Press. His prizes include Prix de Rome and Guggenheim Fellowships and awards from the American Academy of Arts and Letters, and the National Academy of Design, where he was National Academician and secretary. He is represented by Toronto's Liss Gallery (and formerly, for 60 years, New York's Kraushaar Galleries). Joseph Leon Lasker was born in New York in 1919 to Romanian immigrants. In high school, he entered the painting competition of the Treasury Department's Fine Art Section and won commissions for still-extant murals in the Calumet, MI, and Millbury, MA, post offices. At night, he studied at, and graduated from, Cooper Union art school. In WWII he served in the 1147th Engineer Combat Group. He is survived by Mildred (Jaspen), his wife of 67 years; children David, Laura and Evan, grandchildren Ryan Looney and Rebecca Looney-Tulin, and great-grandchildren Ty and Jake Looney. A celebration of his life will be held in Norwalk on Saturday, January 2; email: davidrlas[email protected].

To plant trees in memory, please visit our Sympathy Store.
Published by New York Times on Dec. 27, 2015.
MEMORIAL EVENTS
No memorial events are currently scheduled.
To offer your sympathy during this difficult time, you can now have memorial trees planted in a National Forest in memory of your loved one.
MEMORIES & CONDOLENCES
Sponsored by Dad's loving family, The Laskers.
9 Entries
'The Do Something Day' was my favorite book as a child in the early 80's. The drawings always made me feel cozy and secure. Now, almost 40 years later, the same book is my son's favorite. I still read it in the same cadence and tone that it was read to me so long ago. Interestingly enough, we have the exact same antique desk in our home as the one depicted on page one of the book.
evan trofholz
Friend
March 16, 2021
Miss you , Daddy more than ever and especially when Im painting! I try to think what you would do and it helps solve a problem I might be having.
Laura Lasker
Family
December 22, 2019
Hi Millie, so sorry to hear about Joe. Never knew how famous he was!! I still treasure his books you gave Justin when he was born. This is Sally Collamore, music teacher from & long ago at Coleytown. By the way Justin is quite a talented artist too. Love to talk sometime. I live in Manhattan with my son Ben & wife Kelly & 2 grandchildren, Marlowe & Juliette! Both authors & artists ages 8 & 6. No musicians so far. 614 806 7666 . Ha.
Sally Collamore
June 15, 2018
I get great pleasure from Joe's paintings that I bought from Krauskaar and have happy memories of a long lunch here in Washington ,CT. A lovely man. Ron Potter
September 7, 2016 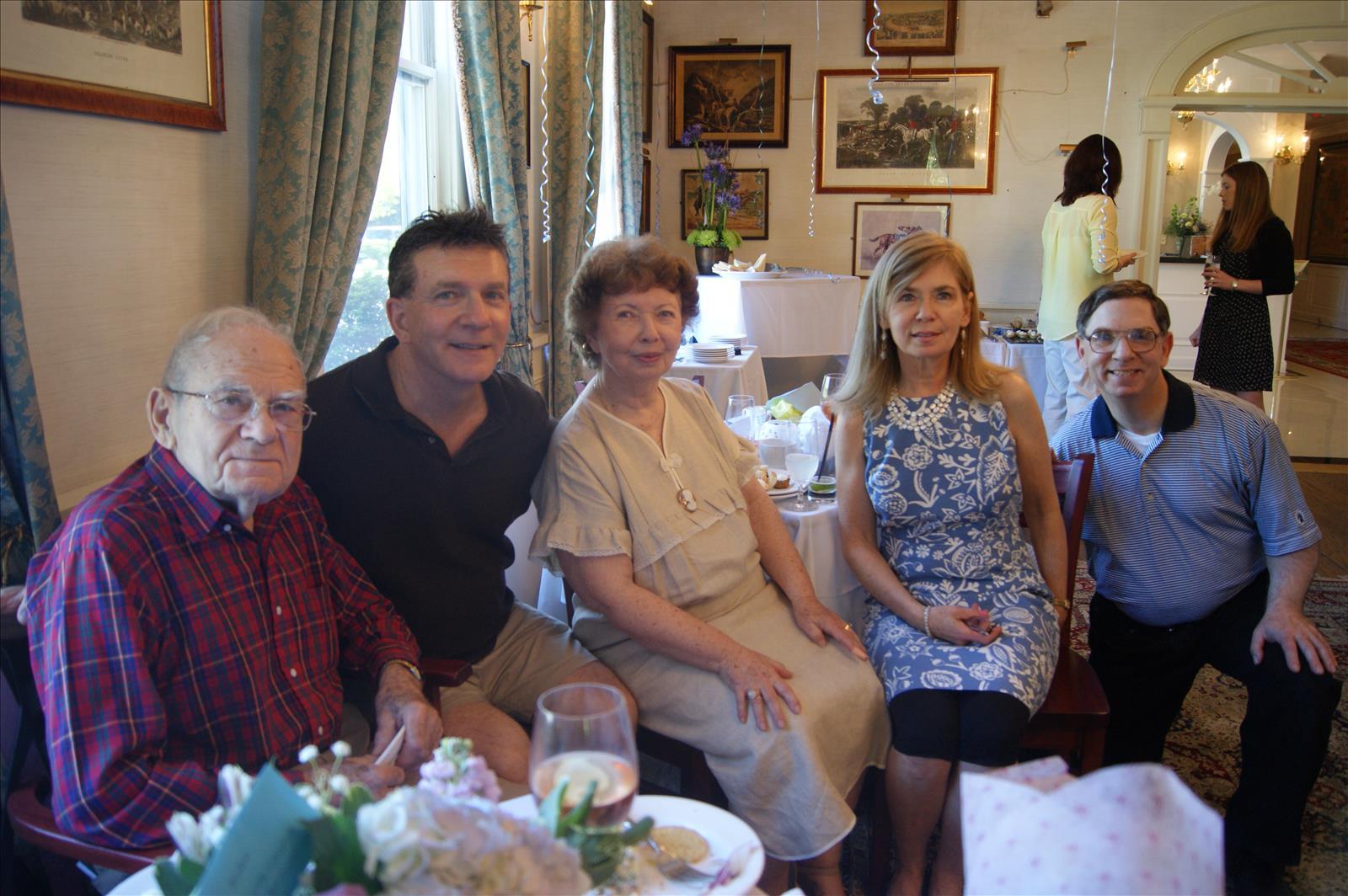 On January 2, 2016 we hosted a Celebration of Dad's life at our family home in Village Creek. Over 100 family, friends, relatives, neighbors, fellow artists, members of the National Academy of Design, Dad's grandchildren, great grandchildren, children, fellow teachers, attended. It was a wonderful send-off for Dad and very gratifying to see how many people were touched by this special man.
Laura Lasker
January 7, 2016 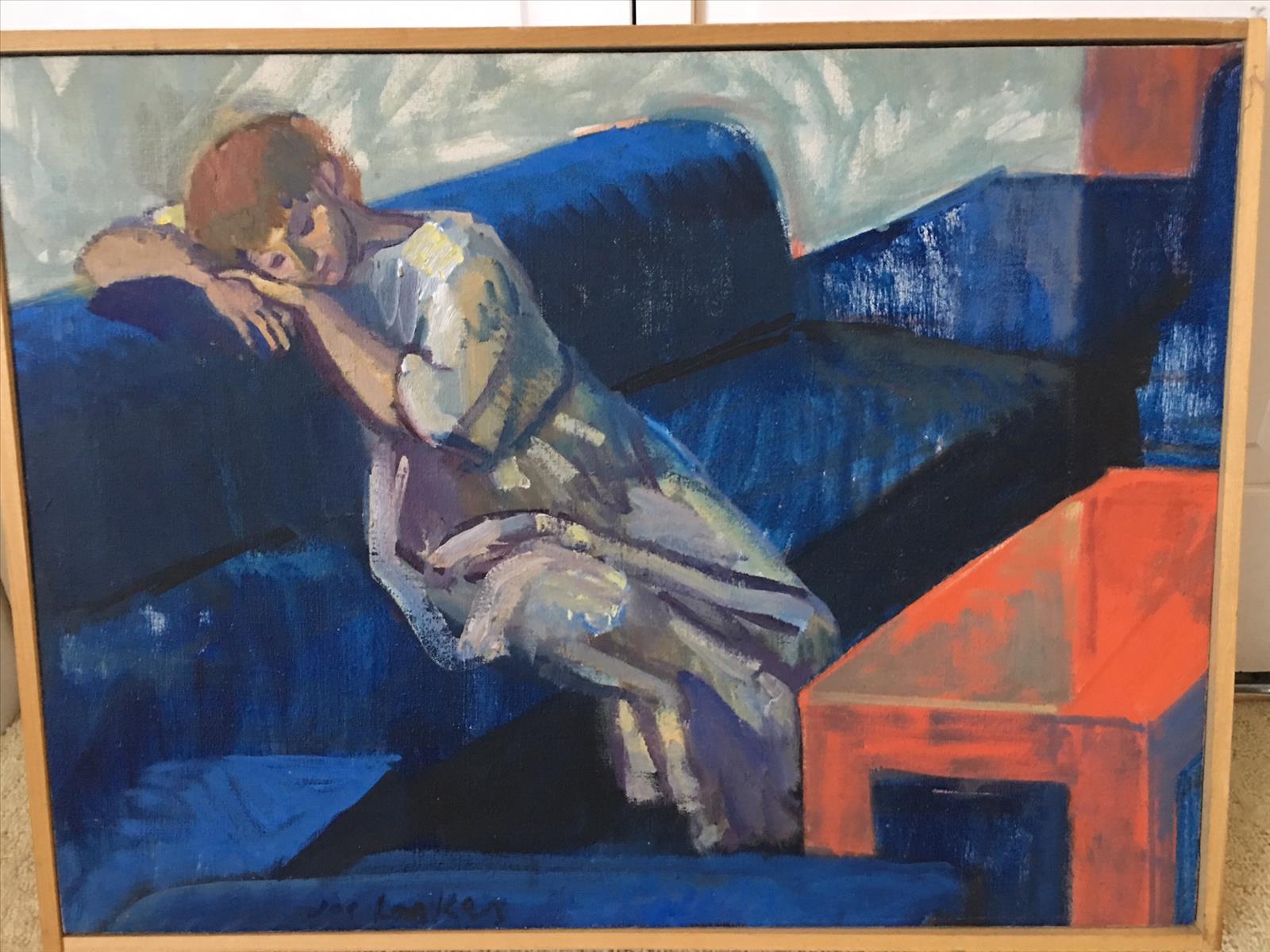 Joe Lasker was not only a famous and talented artist, but, also, a hardworking neighbor at Village Creek were he lived since it was first developed.

When I was selling my home in 2008 after 30 years of living there, Joe came by to see how I had it all staged. He looked at the art and said, why aren't you using my paintings? I laughed and his painting would be worth more than the house and I was nervous about losing them. He said, "Don't worry about that, I can paint more!" so I went over and selected paintings and he brought them all over.

They looked magnificent in my Mid Century modern home...so I decided to have an exhibition of his art- inviting neighbors (many who had not see much of his work) and friends. Everyone was amazed by his work!

Joe and Millie are like 2nd parents for me- I lost mine too early! I will miss Joe- he was beyond special - an amazing person and friend.

He gave me the painting below for my birthday many many years ago- because he knew of my fondness for the color blue.
Mary Pugh
January 5, 2016
I have have a painted tshirt of Jesus Christ by Mr. Lasker, that I purchased at a fundraiser/contest for Amnesty International in the 1980's. I have never worn , as I view it as a masterpiece. I just recently pullet it out to view it. I am sorry for your loss on your beloved.
christine bisceglie
January 2, 2016
I am so very proud to be Dad's daughter. Not only was he a terrific role model of a disciplined artist, but he was always willing to listen when I needed advice and generous with his encouragement and praise. He was a brave and kind person and our family rock who kept us grounded. We cherish you always, Daddy-o.
Laura Lasker
December 27, 2015
Joe and his work enriched our lives in Village Creek, Connecticut. A gentle, brilliant man.
Paula and Roland Gail Monroe
December 27, 2015
Showing 1 - 9 of 9 results