JOHANNA DE KOONING
de KOONING--Johanna Liesbeth. With great sorrow, the family of Johanna Liesbeth (â€œLisaâ€�) de Kooning announces her passing on Friday, November 23, 2012. Ms. de Kooning died in her home on St. John in the U.S. Virgin Islands. Ms. de Kooning, born January 29, 1956, in New York, was the only child of Abstract-Expressionist artist Willem de Kooning (1904-1997) and illustrator Joan Ward (1927-2005). She is survived by her three children: Isabel, Emma, and Lucy de Kooning Villeneuve. Ms. de Kooning, known as Lisa to her family and friends, grew up first in Manhattan and then in The Springs, East Hampton, New York, after her father built his now legendary studio there. She established a Foundation in her father's name and a Trust for her own collection of his work. She was a leading force in maintaining and promoting her father's legacy, and preserved and maintained his studio as he left it, to serve as a resource for children, artists, educators and scholars. She shared her knowledge and collection in connection with countless exhibitions and publications, and represented her father on such occasions as the public installation of his outdoor sculpture in Rotterdam, the city of his birth. Ms. de Kooning, who was also a sculptor, was very actively philanthropic for a wide range of causes throughout her lifetime. The causes closest to her heart were art, children and animals, raising money for and donating to Boys and Girls Harbor, Art for Animals, the Isamu Noguchi Foundation, and local East End charities and art programs, such as the East Hampton Day Care Center, Ladies Village Improvement Society, Springs Fire Department, Longhouse Reserve and Robert Wilson's Byrd Hoffman Water Mill Foundation. In recent years, after establishing a home in St. John, she became active in its local causes, contributing to the Virgin Islands National Park and to Team River Runner's Wounded Veterans USVI program. Like her father, however, she did not confine her generosity to established charities. Ms. de Kooning will be remembered not only for her commitments to the arts and her local communities, but for her spontaneous expressions of good will and kindness toward those she encountered in daily life. The funeral service will be private.

Published by New York Times on Nov. 26, 2012.
To plant trees in memory, please visit the Sympathy Store.
MEMORIAL EVENTS
To offer your sympathy during this difficult time, you can now have memorial trees planted in a National Forest in memory of your loved one.
MAKE A DONATION
MEMORIES & CONDOLENCES
Sponsored by anonymous.
19 Entries
Rest in peace. My deepest sympathy.
Mary Whyte
September 19, 2013 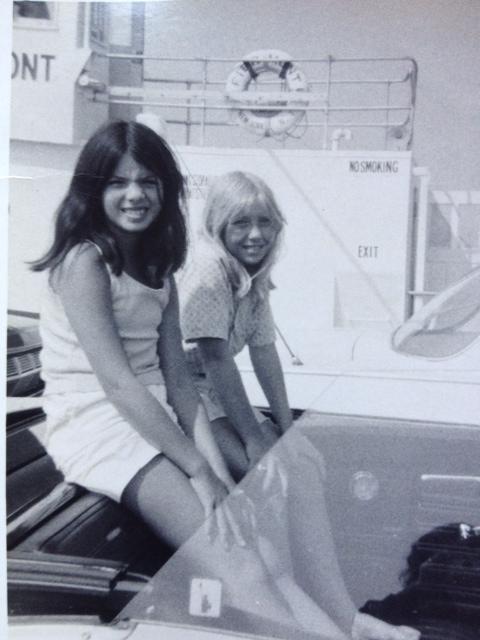 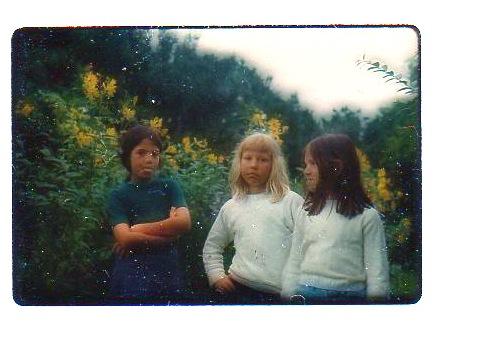 I was so saddened to hear about Lisa's passing. Although I did not see her that often, I have incredibly fond memories of spending many summer days with Lisa in the Springs. I was a regular fixture at her home and remember a lot of mischievous and fun times, horseback riding and the many Artist 4th of July Parties at the Easthampton Beach. We were born 4 days apart, both Aquarians... My heart goes out to the entire family and all the daughters... I am posting a photo of us together, mugging for the camera... with Love, Gabrielle Lansner
Gabrielle Lansner
December 2, 2012
I send my heartfelt condolences to Lisa's daughters, and have posted a picture of Lisa with her baby Isabel on Bill's lap.

One of the commonalities that bound us together was a love of animals. This goes beyond dogs and ponies - Lisa trained everything from sea monkeys to elephants! When we were at boarding school together I had a rescued duckling living in my room. One day I asked her to baby sit while I went into town. When I came back she had filled the bathtub to the brim and was teaching him how to swim! You always had to expect some kind of animal to be running freely in her room, too. When someone closed the door on her mother gerbil she fed the 1/2 inch pre-mature babies with an eye dropper. After she left school she had a large boa constrictor named Delilah, a cockatiel named Hulio, cats, dogs, 2 wolves... (it goes on and on) all running loose in the house. They all got along and loved and obeyed her! Once she had a glass of sea monkeys on the kitchen counter. Her father came out of the studio looking for a drink of water and found the glass and drank it. Lisa cried, “You just drank all of my monkeys!” He said, “I'm so sorry! I didn't know!” And then he looked at me and said, “She has so many pets!” She trained sea lions, land lions, elephants, zebras, even an orangutan! Lisa expressed her love of animals in her sculptures. She was a great organizer and fundraiser for animal relief organizations, and was always ready to rescue animals and friends.

Anyone who knew her will always remember her blazing smile, her generous heart, and her spirit for life!
............. Party on Lisa!
Joan Levy Hepburn
November 29, 2012
I am so sorry to hear of Lisa passing, I remember thru the years, her door was always open for her children, friends and animals. Lisa will be missed. Louise Loewenguth
November 27, 2012 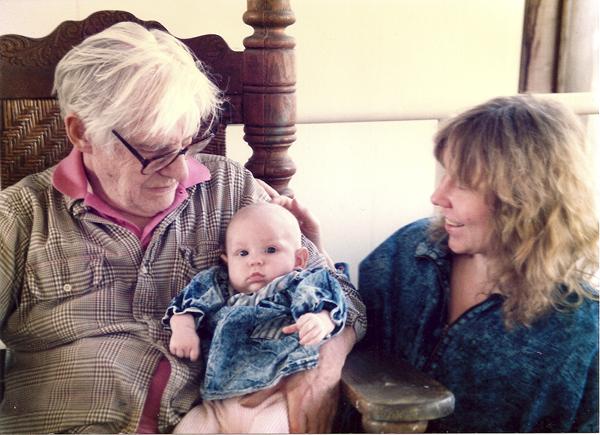 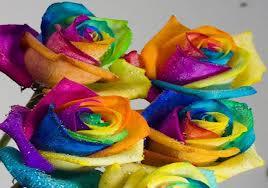 We at GWUOHS are greatly saddened by the passing of Lisa. Our thoughts are with all of you.
Kaycee Green
November 27, 2012
So sorry to hear. Lisa was a delight.
David Eubank
November 26, 2012 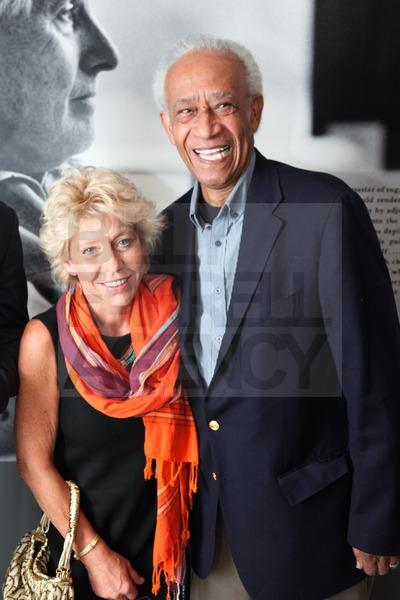 November 26, 2012
Saddened by your MOther's passing. Far too young. Knew her since she was a young girl at The Hampton EDay School.

Nada Barry
November 26, 2012
Blessings of peace and love now and forever more...
Carole Perez
November 26, 2012
Lisa was cool. I was always impressed by her philanthropy.
It was unbelievably great to be able to see her father's studio and the pristine way she kept his works.
So many people will miss her, here. 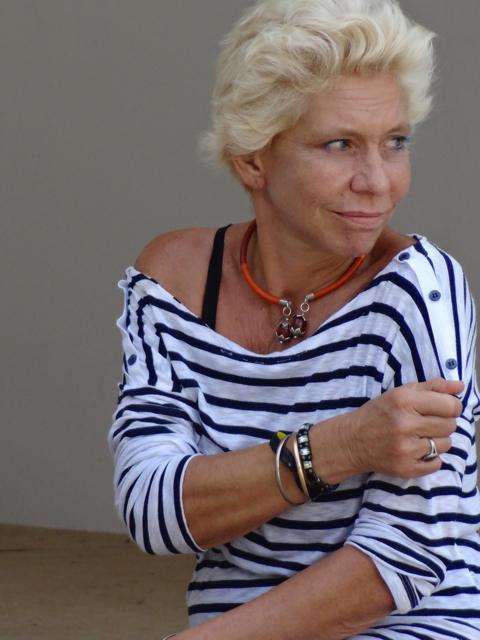 We are all very saddened by Lisa's death. I went to high school with her and we had many friends in common from the old days. She was a wonderful patron for Watermill Center and Robert Wilson and the work we do there. I am on the board and know she will be missed by her old friends and new friends, as well. So young, so beautiful! R.I.P. Kimberly
Kimberly Goff
November 26, 2012
So, so sorry to read about Lisa's death--I knew her as a little girl. I'm glad to know she lived such a good life.
Katherine Koch
November 26, 2012
With deepest condolences.
Julia Gruen
November 26, 2012
My deepest sympathies to Lisa's children and all who loved her. She was a generous
spirit.
November 26, 2012
Showing 1 - 19 of 19 results