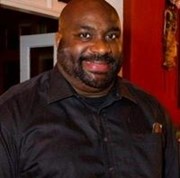 Born in Washington, DC on May 28, 1957 to parents - Joyce and John H. Clomax, Sr. Raised in Chicago, he graduated from Lindblom H.S and received a football scholarship to the University of Wisconsin and later graduated from Indiana University earning a B.S. in Finance and Computer Science.

His professional career began as a computer scientist working for Marathon Oil and The Chicago Tribune. He earned his Masters of Management Degree at J.L. Kellogg Graduate School of Management at Northwestern University. Hired by Salomon Brothers; he became one of the few African American Corporate Bond Traders on Wall Street.

A highly sought after expert in the field of high-yield bankruptcy, distressed securities and proprietary trading; John performed a lead role in the restructuring of TWA as the Chairman of the Senior Unsecured Creditors Committee. He served in advisory roles to creditors in the restructuring of PanAm Airlines, Eastern Airlines, MGM and Orion Pictures. Working on behalf of Japan's Nomura Securities, he authored and executed a multi billion dollar restructuring plan for R.H. MACY's as well as a host of proprietary investments for several notable international and Fortune 500 companies.

In 1996, John formed LUQMAN INVESTMENT ADVISORS - serving as Chief Financial Advisor to the Government of South Korea and to President, Kim Dae-Jung where he managed the $3 billion Korea Asset Management Corporation. He was a Key Advisor to the Upper Manhattan Empowerment Zone and led the final deal closing negotiations for Harlem USA.

In 2014 he co-founded The Julery Advisory Group and The "M" Motor Club with business partner Edward Grauer.

John loved eastern philosophy. He was a patron of the arts, an avid lover of music: from Bach to Biggie and Rock to Opera. He had a passion for movies and revelled coding. He was an avid skier, art collector, cigar enthusiast, and Green Bay Packer fan who enjoyed computer gaming.

John was preceded in death by his father John H. Clomax, Sr. and his sister Debra Clomax.

Funeral arrangements are entrusted to Islamic Burial Services, Newark, NJ. Services will take place on Saturday April 11, 2020. Interment will follow at The East Ridgelawn Cemetery in Clifton.
To plant trees in memory, please visit our Sympathy Store.
Published by New York Times from Apr. 11 to Apr. 12, 2020.
MEMORIAL EVENTS
No memorial events are currently scheduled.
To offer your sympathy during this difficult time, you can now have memorial trees planted in a National Forest in memory of your loved one.
MEMORIES & CONDOLENCES
44 Entries
John was such a remarkable man in so many ways He had a commanding presence He was powerful Dynamic, big and bold With a brilliant intellect and was gifted like a poet laureate with an impeccable sense of style
His amazing spirit will be continually felt by all who knew him because he was a deeply loving friend Fun loving and whimsical And delighted in adventure

John had an enormous heart and although he was most passionate toward family and his work His hearts desire was to feel love and be loved.

John... I will always see and think of you as a bright radiant light in my life Now and in the hear after Shine on John
Love Penelope. 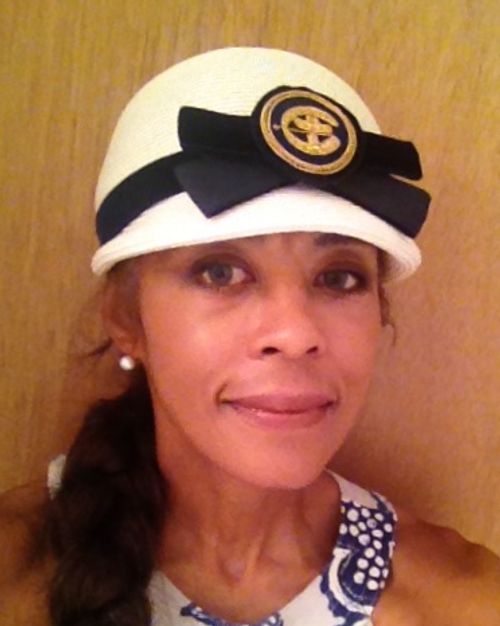 Brenda Waites Bolling
Acquaintance
June 19, 2020
I am so sorry, I thought of John often Throughout the years, he was my former client (I insured his home and autos) and a gentle giant May God Bless his soul
Dorothy
June 14, 2020
Yasuraka ni nemuru John, you will be missed surely. May Allah grant your family the strength to bear the lost. From Hausa/Japanese community.
Mohammed Bello
Acquaintance
May 25, 2020
One love, brother. You lived life well.
Rich Akuetey
May 25, 2020
Saw this name on the front page of the New York Times. Thank you for sharing. Although I never knew John, it sounds like he touched many hearts. Praying for your family in this time.
Will Bones
Acquaintance
May 23, 2020
So sorry for your loss. Praying for you and Emery.
Dara Brevard
April 26, 2020
To the Clomax Family
Nerine Plummer
April 26, 2020
To Paulette, Emory & Courtney .
We are saddened to hear of this lost. John was/is a integral part of my children's life. After each visit they would always have some story to tell of their talks with their Uncle John. Our Prayer are with you all at this time. Uncle John will always remain in our hearts. Condolences to his family and loving friends.
Nerine Plummer
April 26, 2020
My loving big bro, am missing you and Debra so very much. Here I light 2 candles for you both. I know in my heart and soul you two are back together once again. I love you both so much.
linda Clomax
April 18, 2020
John's vibrant and welcoming energy was never missed. HIs presence was always noticed and still is. What a powerful strong man he was!! With his amazing, beautiful wife and friend, Paulette, the world was blessed with a powerful couple of God. Then, Emery came to secure this loving family in pure love. John you will be missed but never forgotten. Thank you for sharing your home, time, family and great moments with us.
May you rise and keep rising❤❤
Yomi Karade
April 16, 2020
Loving prays to you Paulette and the rest of the family. I met you and your family through my sister, who moved from the UK to live in the US. My fond memory of John was that he was friendly, hospitable, great entrepreneurial spirt and love of Muhammed Ali. Extremely kind to me each every time we met. A gentleman who will be sadly missed. RIP
Abiola Majekodunmi
April 16, 2020
My Deepest Sympathy to Paulette & Family. May God give you all the strength to carry on.
Joy Brown
Family
April 15, 2020
Islam Dear Cuz, My condolences to you and Emery J Clomax and the entire family at this time. May Allah welcome Big John for his works and Titanic impact on many lives in his walk here on earth. InShallah, Peace, Love & Light!!!! Jah--Sun
April 15, 2020
My heartfelt condolences to the Clomax family. A huge void is open in the earth because no one can fill his shoes. My prayers for the family. May God comfort you all.
Carolyn Matthews
Classmate
April 13, 2020
My deepest condolences Paulette and your family. We all mourn your lost.
Kevin Dickens
April 13, 2020
My heartfelt condolences and prayers are with the entire Clomax family. I have many great memories growing up with the family...Debra was my good friend/classmate in elementary school, while John and I were one year apart at the same high school. Both of you are greatly missed! ❤
Toni Morrison
Friend
April 13, 2020
The Lindblom Class of 1974 sends their prayers and condolences to the family of our classmate John Clomax. Rest Well dear friend
LTHS-Class 1974
Classmate
April 13, 2020
My sincere condolences to Paulette and family. May God bless you and your family during this difficult time.
Reba Blake
Friend
April 13, 2020
Grief can be so hard, but our special memories help us cope. Remembering you and your loved one today and always.
kevin wiley
Classmate
April 12, 2020
May the love of friends and family carry you through your grief.
Rochelle
Friend
April 12, 2020
Another Lindblomite who has earned his wings! Blessings to his wife Paulette and the rest of the family.

Leasha A. Dixson
Class of 74.
Leasha Dixson
April 12, 2020
My sincerest condolences to his family. Fellow Lindblom graduate.
Anita
Classmate
April 12, 2020
I would like to send my prayers to the whole family, l never had a chance to get to know John but l heard so much good from Paulette. I am a friend of Paulette, and from what l heard l definitely feel the heavens have opened with rejoicing from the army of angels, opening the heavens for a amazing man called John . He has accomplished so much on earth and now God has part 2 to accomplish so much in heaven, RIP
Lia
Friend
April 12, 2020
John was a classmate at Lindblom Tech H.S. He was a very friendly, funny and intelligent person. May he rest in heaven
Vanessa Mason
Classmate
April 12, 2020
Heartfelt condolences to the entire Clomax family, friends and Lindblom Alum that loved, John.
Daniel
Friend
April 12, 2020
I love your role in the family. You embodied big brother and made life better for your family. Thank you. I feel your Glow. I stand in supreme gratitude.
Adina
Friend
April 12, 2020
May God bless you and your family in this time of sorrow.
Beverly
Classmate
April 11, 2020
John became the man he endeavoured to be as a youth. May the family's fondest memory be the source that heals the heart.
Pamela (Ellis)
Friend
April 11, 2020
Always inspired by John. Friend to the end. It began in 1972 with my bff Debra Clomax. We had good times growing up. Tell my gurl hey. Mom Tony and Linda love and praying for you. Paulette I know your pain. I just lost my husband of 33 years. Praying for u and the children.
Marie
Family
April 11, 2020
As a Lindblom Tech alum and a former 21 year resident of South Orange, NJ, our connection exists ; though we never met. My sincere condolences to Johns family a friends during this difficult time. May God keep you in His care.
Deb Gunter
Neighbor
April 11, 2020
Grief can be so hard, but the special memories help your family & friends cope. .. I didnt know you personally but Im a friend of your sister Linda.... Linda I will keep you & your family in my prayers
LaTonia
April 11, 2020
Paulette and family! May your hearts soon be filled with wonderful memories of joyful times together as you celebrate a life well lived!
Bill
Friend
April 11, 2020
Paulette,

I am so very sorry to hear of John's passing. Though I have not met you in-person, I feel like I have known your family for years. Tracy Mothershed, our shared sister-friend, speaks very highly of your family and how your friendship has been a blessing to her. I am praying for you all.

Sending Love & Light
Tammy Fisher
April 11, 2020
May God strengthen your heart day by day and continue to keep him in your heart.
Vernita young
April 11, 2020
May the love of friends and family carry you through your grief.
Tammy
Friend
April 11, 2020
Our families lived close during years of our childhood. We were like family as our mothers were close friends, our sisters were close friends and I was close friends with Linda. I am grateful for good memories and pray strength for Johns family.
Vanessa W
Friend
April 11, 2020
Heartfelt condolences to the entire Clomax family and all friends that loved, John. Blessings that Overflow Always. Deeply sorry for your loss. ❤
Aliza (Carmickle)
Neighbor
April 11, 2020
John, your sister, Linda, spoke very highly of you. From that I leaned about you and your kind spirit and love of family. RIH.
Bernadine
Acquaintance
April 11, 2020
John was a PURE force in the universe . He was an amazing human being full of joy, intelligence , kindness, love and soulfulness . When John was in your presence , you knew it and when he gave you a hug ,it stayed forever . I feel blessed to have met John and his family, his lovely and amazing Paulette , his very brilliant Emery and his talented, artistic brother Tony. I feel John will be watching over us, and for that I am grateful . Keeping your light on us all .❤
Jane Heflin
Friend
April 11, 2020
Lots of love and prayers for you and Emery and other family members. Eileen Tipple
April 11, 2020
I love you dearly Uncle John!

There are no words for me to express how thankful I am.

Peace and blessings of God be unto you.

Love,
Marietta
Marietta Williams
April 11, 2020
To my dear big brother always. You were always here for me when I needed my big brother and now I have another to watch over me. I will miss your laughter, your smile and your story telling.
Linda Clomax
April 11, 2020
Showing 1 - 44 of 44 results