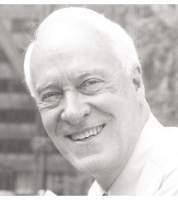 ANDERSON--Jon Stephen, beloved husband, father and brother, passed away January 15, 2014 at Rush Hospital in Chicago, from complications of Multiple Myeloma. He was 77 years old. Jon was born to William and Dorothy Anderson on March 13, 1936, on St. Urbain Street, the main drag of Montreal's immigrant district, home to many writers including Saul Bellow and Mordecai Richler. In 1952, he graduated from Westmount High School, sharing with Leonard Cohen an English teacher who taught them both how to "write tight." Inspired by an uncle, Johnny Walsh, a legendary crime reporter in Montreal, he started in journalism by describing contentious town council meetings for the Sackville Tribune-Post while completing a Bachelor of Arts degree (1955) at Mount Allison University. Before graduating from McGill University Law School in 1959, he reported for the Montreal Gazette, covering everything from theater to political riots. In 1960, he became Montreal bureau chief for TIME, an assignment that triggered a Mafia death threat for his coverage of their local crimes. Transferred by TIME to Chicago in 1963, he contributed to major stories on football star Jim Brown, archaeologist Nelson Glueck and the murder of eight student nurses. He later worked for the Chicago Sun-Times, Chicago Daily News, Chicago Tribune and Second City. In 1991, he earned a Master of Arts degree in non-fiction writing from the University of Iowa. His book, "City Watch: Discovering the Uncommon Chicago," was published by the University of Iowa Press. Survivors include his wife and sweetheart, Pamela Sherrod Anderson, of Chicago; three beloved children, Ashley Prentice Norton of New York, Abra Williams of San Francisco and Anthony Anderson of Los Angeles; seven grandchildren, and a brother, Derek Anderson of Montreal. A son, Jon Gregory Anderson, predeceased him in 1999. In lieu of flowers, memorial gifts may be sent to Rush University Medical Center, Chappell Fund/ Hematology, 1700 W. Van Buren St., Suite 250, Chicago, IL 60612, or the Mayo Clinic, Rochester, MN for multiple myeloma research. A wake will be held Sunday, January 19th, 4-8pm at Saint Gertrude's Church, 1420 Granville Ave., Chicago. A funeral service will take place at St. Gertrude's Monday January 20th at 10am.

Published by New York Times on Jan. 18, 2014.
To plant trees in memory, please visit the Sympathy Store.
MEMORIAL EVENTS
Jan
19
Wake
4:00p.m. - 8:00p.m.
Saint Gertrude's Church
1420 Granville Ave, Chicago, IL
Jan
20
Funeral service
10:00a.m.
Saint Gertrude's Church
1420 Granville Ave, Chicago, IL
MAKE A DONATION
MEMORIES & CONDOLENCES
17 Entries
Pam: my thoughts are with you. How often I have thought of you and Jon these past few years. I can still see him sitting in Molly's workshop and reading at Jimmy's in Hyde Park.
Les White
January 23, 2014
Jon sat across the aisle from me in the Chicago Tribune newsroom for many years. He was often subjected to spirited telephone conversations I became engaged in whenever City Hall or school board officials called and tried to kill a story on deadline -- enough to infuriate any reporter worth his or her ink. I felt bad a few times exposing my closest colleagues to such rough-and-tumble exchanges, especially with Jon because he was so gentlemanly and courtly. But I was wrong: he loved overhearing every minute of it and smiled my way approvingly. One of the best compliments I've ever gotten. We had great talks across the aisle. We will all miss him -- and his sensitive writing.
Michael Martinez
January 20, 2014
In this time of celebrating and remembering beloved Jon, we would like to express our deepest sympathy and wish strength to family and friends.
David and Emily Zappulla
David Zappulla
January 20, 2014
Dearest Pam: Thank you for bringing Jon into our lives. The kids adored him and so did we. He was such a joyful presence, always ready with a smile and a story. I half expected him to offer up a toast at Kiki's today. That's how strong his life force is. You and all of Jon's loved ones are in our thoughts and prayers.
Rita Pyrillis
January 20, 2014
jon was a natural gentleman with a wicked sense of humor and fun without being mean. we shared a lot of great talk and adventures. an excellent writer with high ethical standards, the best of him was his infectious twinkle. i miss him
bill hunt
January 20, 2014
As my older brother, Jon had a tremendous influence on who I am today. He broke the path for me in many ways, and over the last 25 years, we became very close. Jon always wanted to know where my pin was on the map, always was excited to hear and share what we were doing, and Jon was always in my corner.

If Jon could say something to us now, he would probably say in his always optimistic way, "I'm in a good place, and everything is just as it should be"

But I will miss him,

His brother Derek
Derek Anderson
January 20, 2014
Dear Pam: My heart weeps with Jon's passing, both for you and the many lives he touched. He was a gentle man -- a gentleman -- always quick with a kind word, a beaming smile, no matter what. I was shocked one day to see him slumped in a wheelchair, pale, being rushed out to the hospital because of a chemo reaction. I wouldn't have believed he noticed me, yet when he was set aright and soon back on his feet he approached me in our lobby and thanked me for my concern, assuring me he was doing better and on the mend. I was so touched by this and always by his thoughtfulness and gentle ways. They are your own ways, too, and I am so happy that the two of you found each other and had these years together. I will hold you and Jon in my prayers forever. God bless you.
Jeanette Cordero
January 19, 2014
Pamela....I will miss my good friend, Jon.
My family extends our sympathy to you.
Lowell B. Komie
January 19, 2014
So very sorry to hear this news. Our family was very close with his son Jon and first wife Jennifer back at Crilly Court.
Kay Komie
January 19, 2014
Pamela we are so sorry. We cherish our memories of Jon. We will always remember your devotion and love of one another and shared joie de vivre
sandi wisenberg linc cohen
January 18, 2014
I am so sorry for your loss. God is the source of life. The One who gave life to all living persons is capable of restoring life to someone who has died. Psalm 36:9. How comforting this is!
January 18, 2014
I am so sorry about your loss. During this difficult time only God can give us the love and peace that we need. I hope that time can heal the pain that you and your family are going through. 1John 4:8 says God is love. He will help you get through this during this sad time.
January 18, 2014
Dear Pam,
My prays are with you and the Family. I only got to meet Jon once on Goree Island in Senegal and he left me with such a wonderful impression that I will never forget of a man so tender and true. I do not know if you recall our meeting through Wilma. I was that Peace Corps Volunteer in her 60's helping the community unite. Jon and you were that beautiful couple that gave joy to everyone you met. I will never forget that meeting, he will always be with us in spirit. Much Love …
Florence Ghoram Patterson (AK: Salimata BA, Mama Africa)
Brasher Falls, New York
January 18, 2014
Pamela, I am, on the one hand saddened that we've lost such a kind, generous man, and on the other hand really happy that you two had the time that you did. You are in my prayers. Jonesetta
Jonesetta Lassiter
January 17, 2014
I am so sorry, Jon was a real class act. Before I retired in '99 we sat near each other in the city room.
William Recktenwald
January 17, 2014
Anyone who knew and loved Jon is sorry they will never hear another one of his outrageous stories: he could barely hold back his own laughter. So kind, funny, knowing. He was a tremendous influence on me when I was first finding may way in journalism. Nobody did it better. I am so sorry for your loss.
Lilia Chacon
January 17, 2014
Dear Pamela,
I don't remember a single time that Jon wasn't smiling. I'm sure that he had his aches and pains; but, he never let on that he was in any discomfort or
too preoccupied to give one a smile. If I add only a one word to describe him, it would be "distinguished".
We are so sorry for your loss, and will uphold your family in prayer.
Allen and Suzanne Stryczek
Suzanne and Allen Stryczek
January 17, 2014
Showing 1 - 17 of 17 results