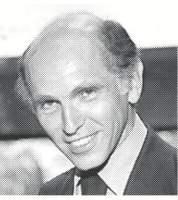 DASH--Joseph F., Joseph F. Dash passed away peacefully at his home on June 19 at age 87, holding the hand of his wife of 61 years, Janet Dash. Joseph was a force in the classical music world. He joined CBS Records in 1969 and after a series of promotions became General Manager of its classical music division CBS Masterworks in 1980. Highlights of Joseph's career include creating the first-in-the-industry CBS Records crossover label; signing artists such as Placido Domingo, Wynton Marsalis, Philip Glass, Midori, and the Berlin and Vienna Philharmonic Orchestra; growing Masterworks' market share from 16% to 24%; and the six Gold and two Platinum album awards CBS Records won while he was there. Joseph retired in 1990 when CBS Records was sold to Sony and the division was relocated to Germany. He consulted for Columbia House (the mail-order arm of CBS Records) and was a member of the American Arbitration Association, sitting on numerous panels dealing with contract disputes. Joseph served as a Board and Executive Committee member of the Nephrology Foundation of Brooklyn. Born in 1932, Joseph grew up in the Bronx on the Grand Concourse. He attended Dewitt Clinton High School where he played clarinet in the marching band. Joseph went on to earn a BA in chemistry at CCNY, an MA in chemistry at University of Texas, Austin, an MBA at Rutgers and a PhD in marketing at Baruch College. He was an adjunct professor at the MBA program at Mercy College and worked during the Korean War as an army chemist. Prior to joining CBS Records in 1969, Joseph was a Manager of Commercial Research at Celanese Plastics. Joseph was gregarious, known for holding court at the dinner table with stories that captured everyone's attention. He had encyclopedic knowledge of wine and, of course, classical music which played continuously on his home sound system. Joseph leaves his wife, Janet Dash (nee Berg), son Evan Dayan Dash and his wife Jill and their daughter Melanie Jo of Manhattan, daughter, Aliza Tamar Dash and her husband Nicholas Salzman of Brookline, MA, and their children, Michael Marcovich, Sarah and Matthew Salz man. In lieu of sending something, please donate to the scholarship fund at Juilliard https://giving.juilliard.edu
Published by New York Times on Jun. 23, 2020.
To plant trees in memory, please visit the Sympathy Store.
MEMORIAL EVENTS
To offer your sympathy during this difficult time, you can now have memorial trees planted in a National Forest in memory of your loved one.
MAKE A DONATION
MEMORIES & CONDOLENCES
3 Entries
I have just learned these sad news. Joe was a loyal and generous friend of whom I shall treasure myriad happy memories and to whom I always shall be grateful. I extend my sincerest sympathy and condolences to Janet and to his children and grandchildren. Ave atque vale!!!
Teri Noel Towe
Friend
July 4, 2021
R.I.P. my friend. I'll miss running in to you on the UES and swapping family stories. I enjoyed working down the hall from you on the CBS Records International floor when you ran CBS Masterworks. With your son, Evan and my son, Rob schoolmates on the UES, we had plenty of good times to share. You will be missed by everyone who had the pleasure of knowing you...
Mel Phillips
June 27, 2020
Heartbroken to read of the passing of former
CBS Masterworks President Joseph Dash. Joe was one of my mentors in the record industry and was also responsible for my becoming Executive Director of Opera Orchestra of New York. He became like an uncle to me, always caring and there with advice for my career. Over the last few years hed invite me to be his guest at NY Philharmonic concerts and hed attend all of OONYs concerts and social functions, always supporting the company with a gift and seeming so encouraging and proud of my work there. The last few times I saw him I was a little concerned. He seemed frail but always smiling. His lovely and dedicated wife Janet was always with him. They were a terrific couple. I am so sad. Rest in Peace, Joe.
Deborah Surdi
Coworker
June 26, 2020
Showing 1 - 3 of 3 results