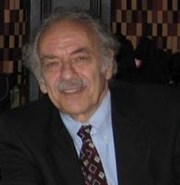 He is survived by his wife of 57 years, Doris; four children, Todd, Amy, Mark and Dayan; and eight grandchildren, Max, Jason, Alex, David, Erisa, Julia, Aya and Tess. Joe and Doris raised their family in Highland Park, NJ. Late last year they moved to Mark's home in Fanwood, NJ, where he, his wife Jean, and their loving family cared for them.

Joe was born in the Bronx, NY in 1935, the only son of recent immigrants from Poland. He earned his Bachelor of Science degree from City College of New York in 1956 and his Ph.D. in Organic Chemistry from Rutgers University in 1963.

First and foremost, Joe was a scientist. He began his 41-year career at Rutgers University in 1965 as a Professor of Agricultural Chemistry, and joined its Food Science Department in 1971. His research focused on quantification of food mutagens and their metabolites, dietary exposure to pesticide residues in fruits and vegetables, and the determination of pollutants in water supplies and various soils. He gained an international reputation for his expertise on liquid chromatology and mass spectrometry for trace analysis. Later in his career, Joe's research turned to the safety of organic foods, and as a passionate advocate for the consumer, he brought into sharp relief the scientifically unsubstantiated nutritional claims of the organic food industry.

Joe's research produced nearly 100 referred journal publications, and was supported by more than 2 million dollars from organizations such as the New Jersey Commission on Cancer Research and the New Jersey Department of Environmental Protection. He served as the Co-Editor of the Journal of Food Safety between 1979-1989 and the Associate Editor of Agriculture and Food Chemistry between 1976-1978.

Joe appeared on many television shows such as ABC Nightly News and Good Morning America, and was interviewed for The New York Times, The Wall Street Journal, and The Washington Post, among many others. His professional accomplishments were recognized by invitations to serve as a science advisor for the USDA, as a consultant to the United States State Department and the United States Department of Defense, and as a member of the executive committee of the American Chemical Society Chemistry Division.

In his free time, he enjoyed his grandchildren, current events, crossword puzzles, and the New York Knicks, instilling a love of New York sports teams in all of his children. His favorite evening ritual was watching and playing Jeopardy! with Doris. Joe loved dogs, and was a caring parent to Bagel, Sam and Madison. He also loved to travel internationally with Doris, often in conjunction with presenting research papers at academic, industry or government conferences.

Joe's family is grateful to his physician, Dr. Elizabeth Clark, and to his home health aides; Manoucheka Georges Rossignol, Linda Ozzizi Ombe, and Chris Winters, for their exceptional caregiving.
Published by New York Times from Apr. 15 to Apr. 16, 2020.
To plant trees in memory, please visit the Sympathy Store.
MEMORIAL EVENTS
To offer your sympathy during this difficult time, you can now have memorial trees planted in a National Forest in memory of your loved one.
MAKE A DONATION
MEMORIES & CONDOLENCES
6 Entries
You will be missed. Rest in peace
Ellen Walker
April 24, 2020
Dear Dr. Rosen,

I miss you, and always remember the jokes you told. May you rest in peace.

I miss you. As your first PhD student, I think of your intelligence and guidance very often. I am sorry that I was not able to visit you as I wish since I am in Taiwan. You are always in my thoughts.
Please rest in peace.
Love,
Lucy Sun Hwang
April 23, 2020
My thoughts are with you Amy and your family. Kirsten from Pb
Kirsten
April 15, 2020
Dear Joe,
it was my pleasure knowing you , may you rest in peace, and for all those who have sat with you including myself (your caregiver) have taken a peace of your brightness in life. Blessings to your entire family.
Linda OzzidiOmbe
April 15, 2020
I will miss you, Dr. Rosen, especially your wonderful sense of humor. It has been my privilege to know you and your family.
Elizabeth Clark
April 15, 2020
Showing 1 - 6 of 6 results