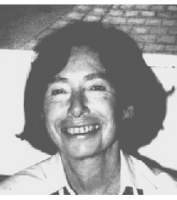 CHIARA--Judith Helen Loeb. With great sorrow, her family announces the death of Judith Helen Loeb (Beaty) Chiara, born 1927, in New York City. Judy never awoke from a night's sleep and passed away peacefully on November 14th at Lenox Hill Hospital, attended by many family and friends. Judy as everyone knew her, was the daughter of John and Frances Loeb, both scions of illustrious New York Families. Judy was their oldest child and is survived by her four brothers and sisters, including the Honorable John Loeb Jr., former US Ambassador to Denmark, Ann Loeb Bronfman, Arthur Lehman Loeb, the former owner of the Madison Avenue Bookshop, and Deborah Brice of London, England. She was a loving mother and grandmother to her six children, two step-children and fourteen grandchildren. A first great-grandchild is on the way. Judy was first married to Richard N. Beat, an American fighter pilot who fought in WWII with the Royal Air Force and died in 1965. She subsequently married and was divorced from Marco Chiara, the son of the Italian novelist Piero Chiara. Judy graduated from the Madeira School and attended Vassar College before graduating from Barnard. Both Vassar and Madeira remained important to Judy and she became close to Madeira's headmistress, Betsey Griffiths, who had important changes to the curriculum. Last year, Vassar's oldest building was modernized and dedicated to Judy, due to her and her family interest and contributions to the College's expanding social programs. The Judith L. Chiara scholarship is given in her honor to one Vassar student each year. Judy was an active philanthropist who was involved in many New York institutions and charities. She was the Chairman of the Board of Exponents/Arrive, the first New York City counseling program to assist AIDS patients; she was on the Board of the Council on Hemispheric Affairs, a human rights watchdog organization; and had become a major supporter of Teamwork Foundation, a long term highly successful after-school program for athletes in the Bronx (the New York Gauchos basketball team). She was a contributor and Board member as well of the Harlem Symphony, a founder of The Catalogue for Giving and many other similar groups and organizations all of which will miss her spirit and support. Judy always lived a very full life and leaves behind friends from Maine to the Bahamas, from Venice Beach, California to Venice, Italy and too many other places to mention. She was an avid sailor and the skipper of her own racing yawl, the Susanna, and proud of her race successes. But she was proudest of her family and friends. Her life affected many people, none more so than her children: Nancy, Susan, Richard, Frances, Anne, John, Charlie, and Daniela. We all miss her and will always miss her. A private burial is planned for Sunday, November 21, at Kenisco Cemetery in Valhalla, New York. In lieu of flowers, please consider a gift in her name to the charity of your choice. For more information please contact Richard Beaty at: 212-421-2403 or 201-960-0342.

To plant trees in memory, please visit our Sympathy Store.
Published by New York Times on Nov. 17, 2010.
MEMORIAL EVENTS
No memorial events are currently scheduled.
To offer your sympathy during this difficult time, you can now have memorial trees planted in a National Forest in memory of your loved one.
MEMORIES & CONDOLENCES
6 Entries
I have many fond memories of Judy when we roomed together at Vassar College in 1946-48. I was fortunate enough to be in her wedding to Dick Beaty in 1948. I send my deepest sympathy to her extensive famly. Bruce Witherspoon Raffery, Vassar, class of 1948.
November 19, 2010
Caro Paramus, cara Daniela, in questo terribile momento vi siamo vicini. Dall'Italia vi mandiamo le nostre più sentite condoglianze. Vi vogliamo bene e vi pensiamo. Ines, Tantra e Sun-ra Mosconi.
Tantra Mosconi
November 18, 2010
Judy was a truly unique individual a generous and innocent soul who was a source of great encouragement to me and my family. It is hard to think of the places she loved without her in them. My condolences ot all her family and friends,
Nicholas Birns
November 17, 2010
I did not know Judy personally, but I know of her generosity to the Council on Hemispheric Affairs over many decades. My deepest sympathies to her family.
Margaret Scott
November 17, 2010
Judy was a wonderful woman. I will always remember the happy and spirited conversation we had last year at Chris and Daniela's New Years Eve party. My condolences to all the family and my love to Daniela.
Jeffrey Wirsing
November 17, 2010
Judy was a wonderful friend to my family, and I have many warm memories of time with her in the Adirondacks throughout my childhood. This is a grievous loss for those who knew and loved her; I hope everyone can take comfort in the fact that she had as peaceful an end as one could hope for, and she lived an incredibly full life, indeed!
Sarah Birns
November 17, 2010
Showing 1 - 6 of 6 results