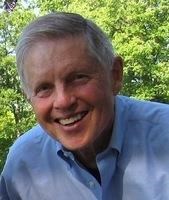 After graduating from Harvard, he earned his medical degree at the University of Pennsylvania. He then went on to hold important posts at the Brigham and Women's Hospital, University of Pennsylvania, and the University of California at San Diego. He served as president of the American Society of Artificial Organs, was a founder of the Society of Blood Purification, and held the post of second Editor-in-Chief of the Journal of Blood Purification. In 1988, he moved to Baxter Healthcare Corporation as Vice President for Scientific Affairs and founder of the prestigious Extramural Grant Program. Notwithstanding all his other career achievements, he will most likely be remembered and judged on the depth, breadth, and impact of his peer review publications. His most significant innovation and contribution to medicine and bioengineering was hemofiltration, a blood purification technique, which, in some countries, has replaced hemodialysis.

Despite his many professional accomplishments, he remained humble and loved nothing more than developing photographs in his home darkroom and building fine furniture in his woodshop. Over the years he was married to Jane Henderson, with whom he had four children, Priscilla Henderson, with whom he designed and created museum quality basketry, and, finally, the love of his life, Mary Henderson, with whom he, along with a bevy of contractors, built their dream home in Kent, Connecticut, the small town where Lee summered as a child. He loved chocolate to distraction and was a master at off-the-cuff puns. He never ate broccoli without reciting Ogden Nash's, Broccoli, while not exoccoli, is with an innach of being spinach.

In the early days, on family camping trips, he would wear a pith helmet and would send a napkin parachute up a kite string, which would release upon reaching the top then float to earth.

He was beloved and will be sorely missed.
Published by New York Times from Jul. 10 to Jul. 11, 2017.
To plant trees in memory, please visit the Sympathy Store.
MEMORIAL EVENTS
To offer your sympathy during this difficult time, you can now have memorial trees planted in a National Forest in memory of your loved one.
MAKE A DONATION
MEMORIES & CONDOLENCES
3 Entries
My deepest sympathy to Mary and the entire Henderson family. Lee was a kind person and it was a pleasure to work with him at Baxter. Monica Richardson
July 17, 2017
My deepest condolences to Lee's family. He was an extraordinary person and I feel privileged to have worked with him at Baxter.
Laurinda Cooker
July 16, 2017
With my love and deep condolences, Elaine Stout
July 12, 2017
Showing 1 - 3 of 3 results