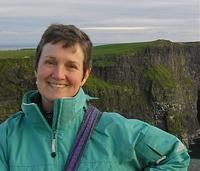 1946 - 2012
Linda Mason Hood died suddenly at home September 13, 2012 of a pulmonary artery thrombosis. Daniel, her loving husband of 44 years, and their adored son, Michael, continue to mourn her loss.

Music performance was the joy of her life.

Born in Indianapolis, Linda played flute and piccolo with the Ben Davis High School band at the New York World's Fair and JFK's Inaugural. In 1966/7 she toured the subcontinent with the YFC India Teen Team (quintet). In 1968 she married Dan and moved to New York City.

At the time of her death Linda was an International Project Manager in financial software installation at the Times Square offices of Thomson-Reuters. She previously held similar positions with Data Exchange, Financial Models, and Morgan Stanley.

Linda was a director of Menno House, a low-rent, non-profit residence for students and service volunteers owned by Manhattan Mennonite Fellowship (MMF) in Gramercy Park. http://www.mennohouse.org . She engineered its 50th year reunion celebration in 2008, a gala three-day affair that drew scores of former residents from around the country. Linda also directed the MMF music program.
http://truffles-turtles-tunes.blogs
pot.com/2009/02/menno-house-50th-an
niversary.html

Menno House also sponsored Linda's wake. Scores of Irish musicians offered tunes including "Waltz Me Around Again Willie." Linda recorded "Willie" as a vocal solo on the charity CD, "In Partnership with the Poor," to support the Mercy Center for child-victims of AIDS in Bankok. In 2011 she performed "her tune" live with WSHSO at Symphony Space backed by Vince Giordano and the Night Hawks. It was a pinnacle of her music life and ambition.
http://truffles-turtles-tunes.blogs
pot.com/2011/04/waltz-me-around-aga
in-willie.html

Before MMF and WSHSO, Linda performed with St. Ann's choir in Brooklyn Heights and Grace Community Choir in Manhattan. Linda was also active in the Wild Bird Fund of NYC, the NY Turtle and Tortoise Society, and other animal rescue efforts.

Following a visitation at the Sisters of Sant' Egidio chapel, hundreds gathered at Friends Meeting House on September 22nd to share testimony to Linda's sweet spirit of generosity, her ebullient embrace of life, and her dedicated professionalism. International Irish musicians Mick Maloney, Ivan Goff, and Brendan Dolan performed as did Amy Kauffman of the Metropolitan Opera orchestra and other musician-friends. Rachel Smith contributed a brilliantly heartbreaking "Pie Jesu." Both Dan and Michael offered eulogies. Linda's ashes will be mingled with Dan's, then scattered in rural Ireland.
Published by New York Times from Sep. 12 to Sep. 13, 2014.
To plant trees in memory, please visit the Sympathy Store.
MEMORIAL EVENTS
To offer your sympathy during this difficult time, you can now have memorial trees planted in a National Forest in memory of your loved one.
MAKE A DONATION
MEMORIES & CONDOLENCES
Sponsored by Her Loving Family.
5 Entries
I am shocked and saddened by the news of Linda 's passing. I have warm memories of our times in my young days in NYC. My deepest sympathy to Dan.
Mary (Byrnes) Dickey
October 13, 2014
I am sorry for your loss. May the God of all comfort be with your family during your time of need. (2 Cor. 1:3-5)
September 13, 2014
Linda was my college roommate and we were friends for 47 years. I miss her greatly, and will never forget her zestful exuberance for life.
Anne Leightner Kienlen
September 12, 2014
Beautifully written. She was well loved. I will always miss her.
Sharon Stancliff
September 12, 2014
Having known Linda (and Dan) for 48 years, I still find myself talking with her in my head. I miss her.
Dave Pavlick
September 12, 2014
Showing 1 - 5 of 5 results