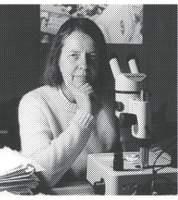 BORN
1930
DIED
2019
HILLIS--Llewellya. Coral reef biologist, professor, and pioneer for the standing of women in science and in life, Llewellya Hillis died March 23, 2019, on Cape Cod, MA at the age of 89. Born in 1930 during the depression in Walkerville, Ontario - her father was a foreman at the Ford plant and her mother a former school-teacher - Dr. Hillis created her own path. The expectations for women of her generation were to marry and bear offspring. Dr. Hillis joyfully achieved both milestones, but also aspired to a life of her own. With incredible determination and grit, she forged a career that took her to the reefs of the Indian Ocean in 1963 (where she was shot at by pirates), the depths of a nuclear bomb crater in 1976 (where she dove with sharks), and allowed her in 1985 to be one of the first Western scientists to conduct research in post-Mao China. Her career did not come easily, and was fought for in the pervasive sexism of the time, present in all fields but perhaps no more so than in science where men dominated in faculty positions, research dollars, and field opportunities. When she enrolled in college, men vastly outnumbered women, there were hardly any women faculty, and no women scientists. But the education was sound and she began to question the "learn and obey" strictures of the prevailing Victorianism. After securing her Bachelors degree (with honors) in 1952 she got her master's (1953) and PHD (1957) at the University of Michigan, where she met renowned marine botanist William Randolph Taylor, and her path to world expert on the coral reef algal species Halimeda took root. Taylor introduced her to the marine research community in Woods Hole, Massachusetts where she participated in the first class at MBL (the Marine Biological Lab) to view samples with snorkel and mask instead of glass bottomed jars. After Michigan, she performed early post-doctorate work in New Brunswick where she met and later married the dashing young English scientist Paul Colinvaux. The couple settled into faculty positions at the Ohio State University in the 1960s, but once there, Dr. Hillis met two obstacles: she was the only woman in the Zoology department, and she was a marine biologist surrounded by land. With little support or understanding from her department (and sometimes outright hostility), Dr. Hillis plowed ahead, pursuing an idea that challenged conventional wisdom, namely that seaweeds, and in particular the "freakish genus" of Halimeda, formed an important and overlooked part of the substrate of coral reefs. She won funding to pursue her hypothesis from the U.S. Office of Naval Research and the National Science Foundation, virtually unprecedented for a woman at the time. Women had long been barred from a key research site, a nuclear bomb crater in the Enewetak Atoll in the Pacific Ocean. In a breakthrough, when the ban on women was lifted, Dr. Hillis persuaded the Navy to let her be one of the first, and in the trip of a lifetime, she explored the crater and found her beloved Halimeda deep at the murky crater bottom. To keep her work viable when not in the field, she would import seawater (in 50 gallon allotments) to her OSU lab so she could culture seaweeds. Her extensive research culminated in an exhaustive book length monograph on Halimeda in 1980 that established her as the world specialist. Over the course of her career, she served as a Founder's Fellow at the British Museum (1971), was a Science Fellow at the Bunting Institute at Radcliff College (1985-87), won the Outstanding Scientist of the Year Award from the Association of Women in Science in Ohio (1988), received an honorary degree from her alma mater Queens University (1995), an Honorary Professorship from the University of Bucharest in Romania (1998), and had two coral reef species named after her: Carpathea llewellyae and Leckhamptonella llewellyae. While at OSU, she developed their first marine biology course at a time when there were no textbooks on the subject, and over her decades long tenure, became a mentor and role model for countless young women (and men). Dr. Hillis and her husband left OSU in the early 1990's for the Smithsonian Tropical Research Institute in Panama where she continued her work before eventually retiring to Woods Hole. Looking back on her life, she would often reflect on the challenges of being a mother and a research scientist. She acknowledged the support of her husband, who cooked all the family meals, changed more (nondisposable) diapers than probably any man of his generation, and was a strong advocate for women; and in turn she was an essential part of enabling his career, managing the family life while he ran scientific expeditions across the globe. Those who knew her were touched by her personal warmth, genuine nature, and sincere concern for others. Dr. Hillis's life is a testament to courage, to struggling against the odds, and to perseverance when life's obstacles stand in the way. She is survived by two children (Roger Colinvaux of Washington, DC and Catherine Colinvaux of Northborough, MA), four grandchildren, and a trail blazed.

Published by New York Times on May 12, 2019.
To plant trees in memory, please visit the Sympathy Store.
MEMORIAL EVENTS
To offer your sympathy during this difficult time, you can now have memorial trees planted in a National Forest in memory of your loved one.
MAKE A DONATION
MEMORIES & CONDOLENCES
1 Entry
Llewellya befriended me after a ceremonial award for "Woman Pioneer in Science" was given to Marie Tharpe, who mapped the ocean floor and realized theories of plate tectonics and continental drift. Marie's gift was my ceramic work of melted seafloor sediment glazes -- that caught Llewellya's attention and we saw each other many times after. I fired some Halimeda and I will hunt though boxes to see if it's in my possession in which case I will give it to the family. We shared many unspoken understandings about how women 'fit' into the mostly male science hierarchy. Lots of joy we shared causes a smile on my face now. Thanks to family for this wonderful obituary.
Joan Lederman
May 13, 2019
Showing 1 - 1 of 1 results