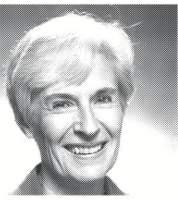 (December 13, 1930 - March 27, 2018. With sorrow, we announce the death of our beloved sister, mother, grandmother, and great- grandmother Louise Tilly. Louise was a woman of great intelligence, beauty, style, energy and determination who left those around her in awe of her accomplishments, generosity and productivity. She was born in Orange, NJ and grew up mainly in Teaneck, NJ, graduating from the New Jersey College for Women, now Douglass College at Rutgers University. Louise received an M.A. at Boston University and a Ph.D. at the University of Toronto in History, all while raising four children. She traveled widely and lived in university towns and cities across the U.S., plus Toronto and Paris. Louise held positions at the University of Michigan-Flint, Michigan State University, the University of Michigan-Ann Arbor, and the Graduate Faculty of the New School for Social Research. A pioneer in social history and women's studies, she was the author and editor of nine books, notably Women, Work and Family with Joan Scott, and dozens of articles. She also worked tirelessly to internationalize the study of women's history, collaborating with France's Michelle Perrot and others. Louise held many offices at universities, journals, and professional organizations. Among these, she was Director of Women's Studies at Michigan in the 1970s, Director of the Committee on Historical Studies at the New School, and President of the American Historical Association. Louise and her then- husband, Charles Tilly, were among the co-founders of the Social Science History Association, and Louise was one of the SSHA's first Presidents. Besides both being actively involved in that organization for many years, Louise and Charles also collaborated frequently on other projects (including the books The Rebellious Century and As Sociology Meets History). She was a well-loved colleague and a friend and treasured adviser and mentor to her many graduate students. Without her, many of those around her might have waited much longer to learn about Marimekko, bagna cauda, and Madama Butterfly. She was pre- deceased by her former husband, Charles Tilly, and survived by her sister: Laura Audino; her children: Chris, Kit, Laura, and Sarah Tilly and their spouses; her grandchildren: Amanda Kennedy, Charlotte, Chris, and Abby Cottier, Ben, Jon, and Becky Gomprecht; and her great- grandchildren: Jamie and Julian Kennedy. She will be missed terribly by all. In lieu of flowers, please consider a donation to the ACLU (https://www.aclu.org/ donate-aclu) or the Women's Studies Department at the University of Michigan (https://leadersandbest umich.edu/find/#!/give/ basket/fund/318754).

Published by New York Times on Apr. 8, 2018.
To plant trees in memory, please visit the Sympathy Store.
MEMORIAL EVENTS
To offer your sympathy during this difficult time, you can now have memorial trees planted in a National Forest in memory of your loved one.
MAKE A DONATION
MEMORIES & CONDOLENCES
5 Entries
Louise Tilly was the mother of my dear friend, her daughter Laura. She was an elevating presence, a woman of great stature, style, incisiveness and insight, qualities that have permeated down to her family and live on in them. My thoughts and condolences are with all who loved her. May her memory be for a blessing.
Nancy Burke
April 15, 2018
Ill always remember the warm welcome and support Louise provided at the New school.
Lizabeth Zack
Student
April 10, 2018
Sadly, a lot of time has elapsed since my last visit with Louise Tilly in Chicago. She was a great boss, a great teacher, a great scholar, and a great colleague. Even after illness made it too hard for her to preside over my dissertation defense, she clearly read my manuscript carefully and sent detailed suggestions that I tried hard to implement as I revised. I remember well that cold Friday afternoon - a few months earlier - when I called her from Ohio to ask for yet another extension on my dissertation research and she said - gently but without hesitating - no - I think you should go ahead and finish. Great advice, then and now. Rest in peace, Louise.
Perry Chang
April 9, 2018
Louise was a wonderful teacher, mentor and friend. My condolences and best wishes to her family.
Joel Stillerman
April 9, 2018
Louise was a fine friend and a major inspiration for Bev Wellman and me. We miss her brain and her smile. When we were frightened students, she and Chuck were the first faculty we had for dinner
Barry Wellman
April 8, 2018
Showing 1 - 5 of 5 results