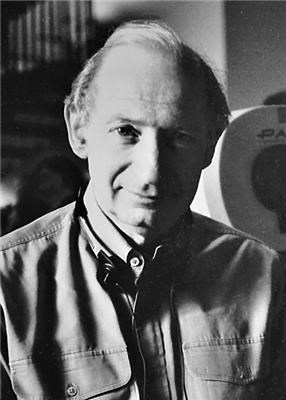 MARMORSTEIN--Malcolm. Writer best known for DARK SHADOWS and Disney's PETE'S DRAGON has passed away at the age of 92. Born August 9, 1928 in Jersey City, NJ. Malcolm married his beloved wife Martha Elizabeth Harris in 1949. They had four children and were married for 48 years until her passing in 1996. As a child Malcolm knew he wanted to be a writer after reading novels by Robert Louis Stevenson. Malcolm followed in his father's footsteps into the theatre world. His father, Louis Marmorstein, was a lighting director and often took Malcolm, to work with him when he was young. Malcolm attended Jersey City Teachers College where he majored in playwriting and acting. As the stage manager for A THURBER CARNIVAL on Broadway, he became friends with the Tony award winning playwright and cartoonist, James Thurber who became his mentor and influenced Malcolm to continue writing. "He gave me important tips and stressed the ideas of re- writing, sometimes seventy- five percent or ninety percent of the job. You have to give yourself a fresh look." Among the Broadway shows Malcolm worked as a stage- hand include, A STREETCAR NAMED DESIRE with Marlon Brando, Jessica Tandy and Karl Malden, PAL JOEY (1952 revival) with Harold Lang and Vivienne Segal, DAMN YANKEES with Gwen Verdon and Bob Fosse, KEAN with Alfred Drake, THE LOVE OF FOUR COLONELS with Rex Harrison. He worked backstage in television on WHO DO YOU TRUST? with Johnny Carson, THE ERNIE KOVACS SHOW, and as a stage manager on Dick Clark's, AMERICAN BANDSTAND. He was a dedicated and a disciplined writer. While working tv shows in the daytime and theatre at night, he would bring his type- writer and write in between jobs using the empty dressing rooms and occasionally Johnny Carson's deserted office. He said that he had to write every day. "If he didn't, he'd feel guilty". He became a sub-writer on the soap opera, LOVE OF LIFE and quickly graduated to head writer of THE DOCTORS, on ABC. He was then hired to bring new life to the failing soap opera DARK SHADOWS on ABC. He injected a supernatural storyline and created the vampire, Barnabas Collins. He wrote 82 episodes. The show became one of the hottest daytime tv shows of the 1960's and is now a cult classic. In 2012 Tim Burton, a huge fan of the series, directed the feature film version of DARK SHADOWS starring Johnny Depp. Following the success of DARK SHADOWS, Malcolm was hired to jazz up the television series PEYTON PLACE which brought Malcolm and his family to Hollywood permanently. As a Screenwriter, his most successful and biggest grossing film is Disney's PETE'S DRAGON starring Mickey Rooney, Helen Reddy, and Shelley Winters. Malcolm also wrote Disney's RETURN FROM WITCH MOUNTAIN with Bette Davis and Christopher Lee. Malcolm wrote the screenplay S*P*YS which re-teamed Elliott Gould and Donald Sutherland after their extremely successful film M*A*S*H. He wrote WHIFFS, also starring Elliott Gould. In DEAD MEN DONT DIE, written and directed by Malcolm, starring longtime friend, Elliott Gould is cast again in which he hilariously plays a newscaster-turned zombie. He loved the piano and learned to play when he was a teenager. Some of his favorite pianists were Oscar Peterson, Errol Garner, Horace Silver and Dave Brubeck. Malcolm often listened to jazz while writing. He would always have his favorite coffee and chocolate nearby. He loved to travel, visiting London, Paris and Copenhagen. Malcolm loved to fly. When he was a young man, he got his pilot's license and would fly around New Jersey and New York in his Aeronca Champ. He was an avid antique collector, frequenting auction houses. His taste was eclectic. Some of his collection included primitive sculptures, vintage movie posters, and figurines. To his children he was always accessible, even with a tight deadline. He was a gifted storyteller who amused everyone with fascinating stories about his early experiences on Broadway and in television. Malcolm is survived by his children Larry, Wayne and fiance Yoshiko Rabin, Darragh, Mitchell, daughter-in-law Ellen, second wife Barbara Fleming, stepchildren, Dena Saraceno, husband Blues, Romy Fleming, husband Eduard and step-grand- children Pilot, Bluebelle Saraceno, and Josianne.

Published by New York Times on Nov. 28, 2020.
To plant trees in memory, please visit the Sympathy Store.
MEMORIAL EVENTS
To offer your sympathy during this difficult time, you can now have memorial trees planted in a National Forest in memory of your loved one.
MAKE A DONATION
MEMORIES & CONDOLENCES
1 Entry
He was a brilliant writer who entertained us for many years and continues to with Dark Shadows still being shown. Ty Malcolm. RiP
James Sullivan
Acquaintance
November 30, 2020
Showing 1 - 1 of 1 results