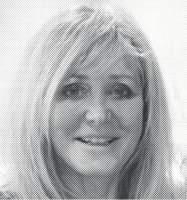 A Leading Cancer Patient Advocate, Dies at 68. Marion Schwartz, a loving mother of three children, and respected cancer patient advocate died from lung cancer herself on July 17 at her home in Mill Valley, California. She was 68. During the course of her life, she helped thousands of patients and their loved ones in their struggle to cope with cancer. When Marion's husband was diagnosed with Bile Duct Cancer in 2006, she was desperate to find information that would help her treat and manage her husband's disease. Exasperated by the lack of information available to patients suffering from this disease, she helped the Cholangiocarcinoma Foundation in what became the largest organization in the world for patients suffering from Bile Duct Cancer. She spent her own time and personal funds to accomplish this. Patients, physicians, researchers, and institutions all became the beneficiaries of her fierce and intelligent advocacy. She devoted herself to connecting patients to care, guiding them into clinical research trials and helping them cope with extremely challenging symptoms. "Marion had a very special combination of compassion, empathy, honesty, practicality, and determination. The thousands of patients she touched with these gifts came away better; always appreciative and much better prepared to manage their disease," said Dr. Robert Okin, her partner. In addition to her work with individual patients, Marion helped to develop the subfield of research advocacy. She participated on numerous boards and cancer task forces including the NCI Task Force for Hepatobiliary Cancer and the ASCO TAPUR Molecular Tumor Board. She traveled around the world, speaking at oncology conferences raising awareness of Bile Duct Cancer, and sharing her knowledge of the patients' experience with the disease. Her efforts will almost certainly lead to the development of new drugs for the treatment of this highly lethal form of cancer. "At the time of her death she had become one of the most important and respected advocates in the world for Bile Duct Cancer," said Alan Venook, M.D., a leading oncology researcher and Distinguished Professor at UCSF. "To say that Marion was a passionate advocate for the disease would be an understatement. She brought hope to her patients and joy that their journey was not a solitary one. Families could count on her to guide them. Her enthusiasm, knowledge, and intelligence were obvious to all- care givers, providers, regulatory agencies, and advocates", said Milind Javle, M.D., Professor of GI Medical Oncology at MD Anderson. Marion Schwartz is survived by the Marion Schwartz Patient Advocacy Foundation, her three beloved children, Sean Turbeville, Colette Turbeville, and Joshua Schwartz, as well as her much loved and cherished partner, Dr. Robert Okin.

Published by New York Times on Aug. 5, 2018.
To plant trees in memory, please visit the Sympathy Store.
MEMORIAL EVENTS
To offer your sympathy during this difficult time, you can now have memorial trees planted in a National Forest in memory of your loved one.
MAKE A DONATION
MEMORIES & CONDOLENCES
Sponsored by Marion's loving family.
11 Entries 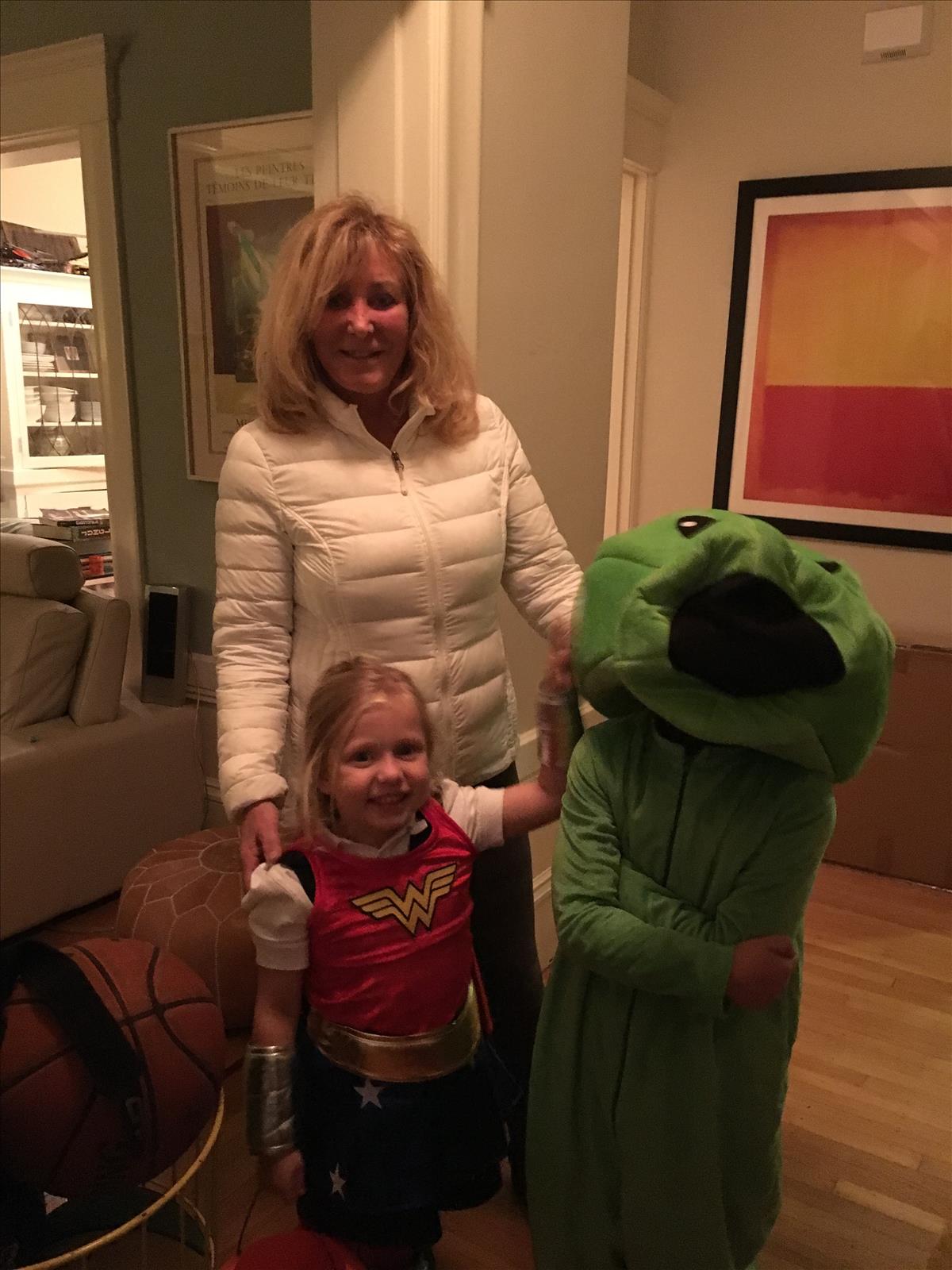 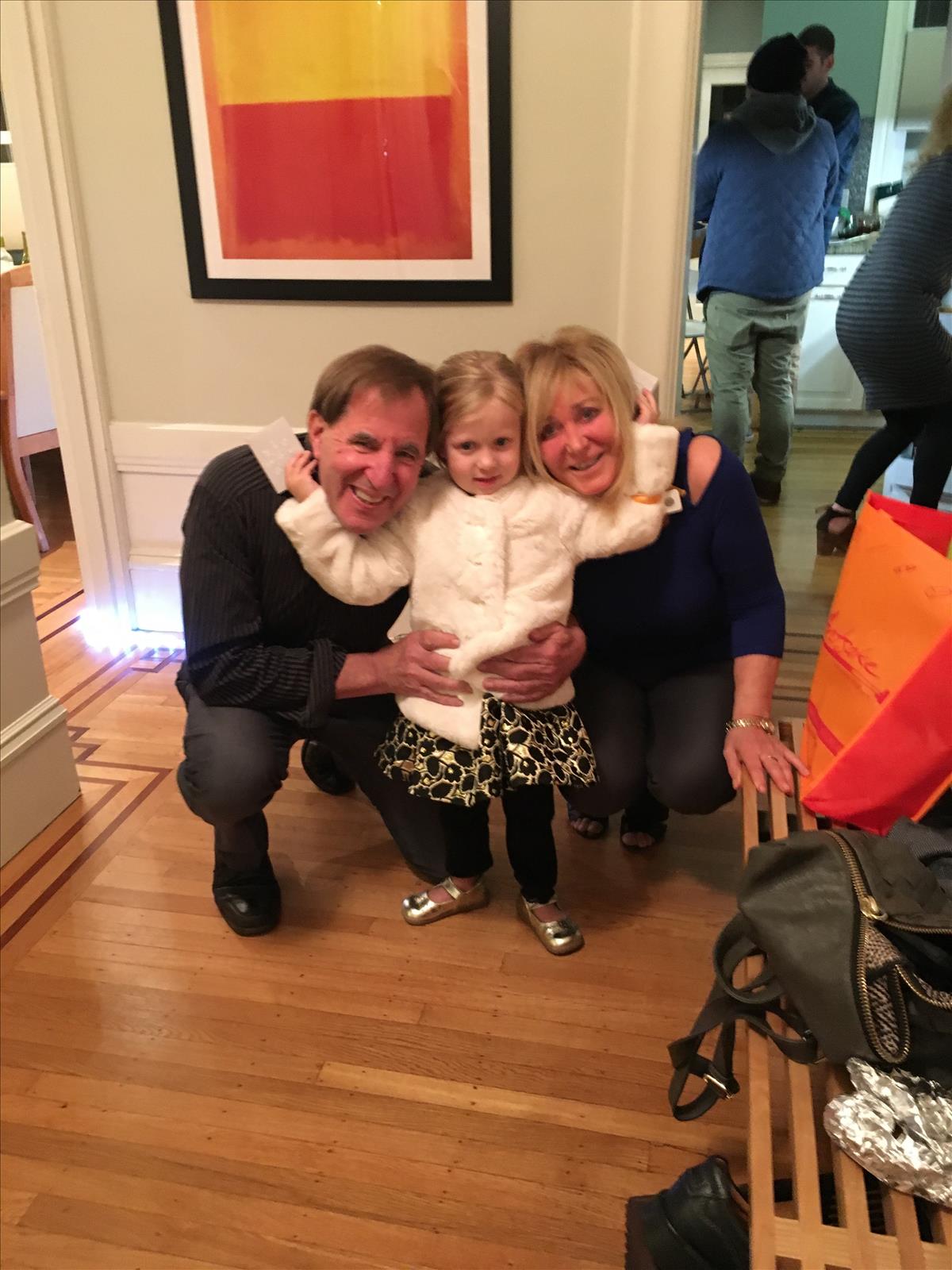 Dear Marion, Our Omi,
It is with much love and great respect that I write in your guest book. We miss you so much. And most days cannot imagine continuing on without you. Your wonderful laugh, your amazing strength, your beautiful smile, the wonderful sleepovers with you...all taken from us way too soon. We will carry on your legacy. And we will hold our heads up high in your honor. We know you are a star in the sky watching over us...especially your precious grandchildren, Kaden and Avery. Until we meet again. Love you, Dana
Dana Bates
September 9, 2018
Truth is, we all will one day end in eternity. The question is: What will remain from us? Marion's life is an answer to that.

Marion was born and raised in Germany. Perhaps that is why her fellow national Friedrich Schiller can also be quoted, who said:

With stupidity the gods themselves struggle in vain.
It is not flesh and blood, but heart which makes us fathers and sons.
Art is the daughter of freedom.
Who dares nothing, need hope for nothing.
Only those who have the patience to do simple things perfectly will acquire the skill to do difficult things easily.
Keep true to the dreams of thy youth.
Grace is the beauty of form under the influence of freedom.
Live with your century, but do not be its creature.
Every true genius is bound to be naive.
Dare to err and to dream. Deep meaning often lies in childish plays.

In many ways, this poem might in so many ways reflect who Marion was, what she did, and what here attitude was.

They say the eye is a window to the soul. Everyone who has met her knows exactly how much soul was in her eyes.
Her heart was full of joy for her family, loved ones, and open for new souls. If anyone can be called a "daughter of freedom", it was her. She lived her "American Dream" and kept long dreaming and acting. She took the bricks that were put into her and other's peoples to build a house, the foundation.

Marion was full of motivation and positivity, everyone will miss her laughter, voice and smile. We hear the loud silence and think of the good old times in our inner eye.

Marion, you showed, how you can be part of something bigger. Bigger than yourself.

You were a great daughter, sister, mom, mother in law, aunt and Oma. Does great in heaven as you did on earth!

We miss you!
Brigitte, Klaus, Tina, Jürgen, Heike, Jenny and Jermain
Jermain
August 13, 2018
When my husband was diagnosed with Cholangiocarcinoma, Marion reached out to me. She provided information and support and, later, comfort and understanding. We had so many late night conversations during which I learned all about her wonderful family and later her partner Bob who brought her so much happiness. Marion was such a lovely warm and kind person. She changed my life in so many ways and I will never forget her.
Linda McGovern
August 11, 2018 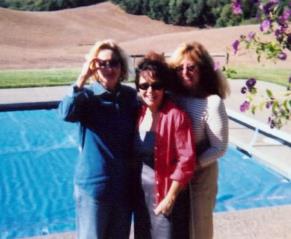 Marion will live forever in our hearts. She was a special person on so many levels - and Marion was one of the few people who entered our lives which could be considered a real and true friend. 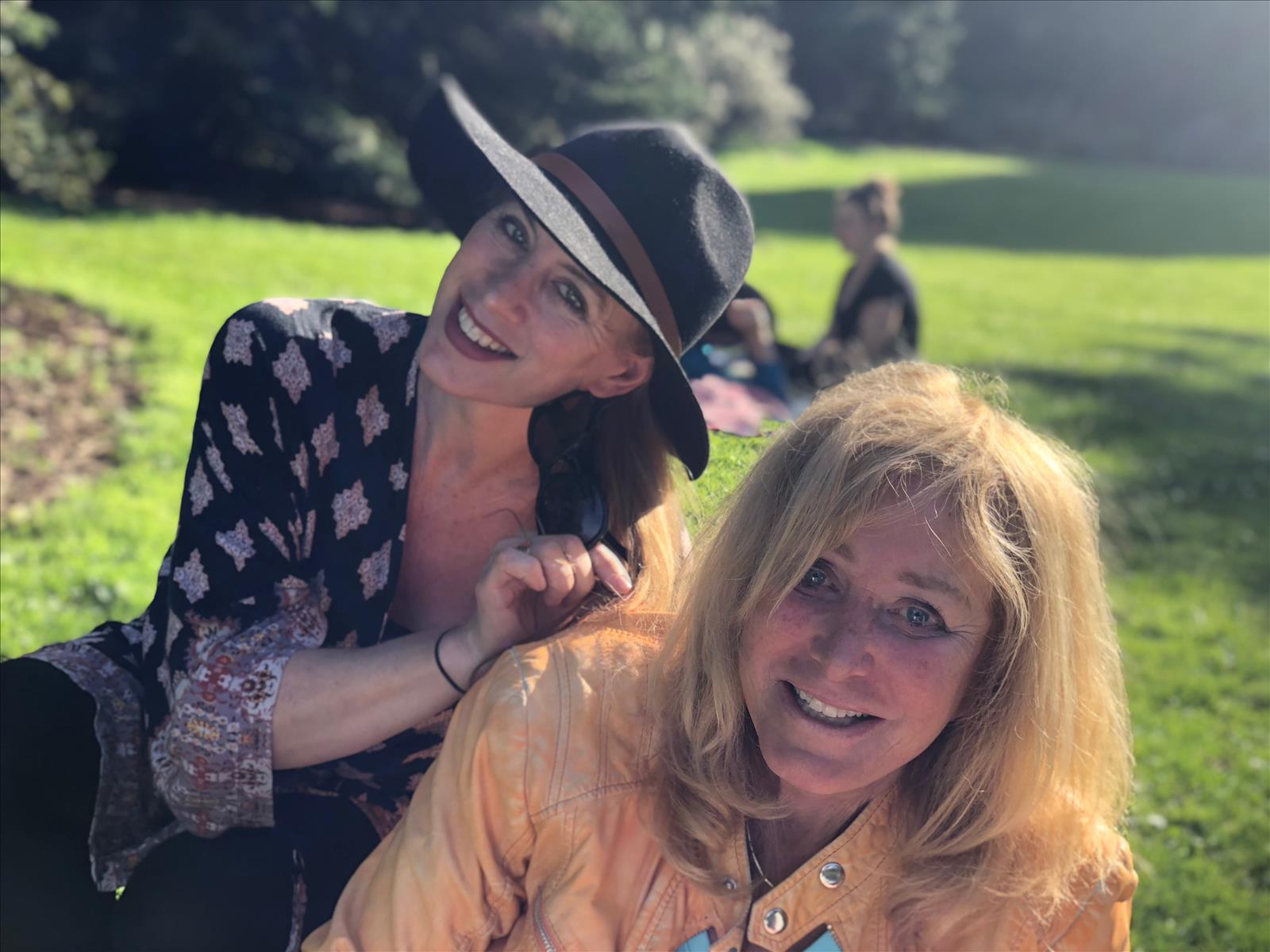 First off, I want to say thank you to everyone for reaching out to us, pitching in with our son's care, providing an endless supply of empathy, and condolences to our family, from the diagnosis of my mother's fatal cancer until her death this July. She under a week shy of her birthday, she would have been 69.

Similar to having a child, I don't think anything prepares you for the death of a parent. My mother and I were incredibly close, literally and figuratively; she was my best friend, my fierce advocate. Throughout my life, there had never been more then 50 miles of distance between us.

Within that 50 miles we would talk daily, color each others hair, share outfits, discuss politics, family gossip and everything else you could imagine fitting into our daily conversations. It was a constant banter, an endless stream of calls through out the day as one of us had a thought, Idea, opinion of the smallest of things to the most challenging. The work that was involved as mother and daughter to get to a place where we could be so incredibly transparent, living and honest with eachother was not easy, but it was absolutely the most rewarding.

I feel so fortunate to have had a mother that grew so much with me; she was never static, or unforgiving, she was dynamic, fluid, loving, selfless, and had a growth mindset. For 43 years we grew up together.

I know I will miss her forever. There's no getting around it. And I don't want to. I don't think there ever will be a time when I will not want to call her to share all the little silly moments in my life that mean zero to everyone else, but meant so much to her.

When she was diagnosed with late stage lung cancer, she kept it from me for two weeks (a lifetime in our court!). And when I found out, I screamed a string of curse words (I won't repeat). I could not believe that it would be her turnto give you some context in the last ten years, Sean and I buried: my father, stepfather, both grandmothers, our last grandfather, I somehow avoided death, but at times I wanted to die from the cancer and the treatment I had, and now it was her turndon't people get a break?

My brother and I swore we had PTSD by this point and honestly really weren't sure how we'd come out of this one.

Eventually the once vibrant woman that I loved more then any other, started to slowly fade away, so many goodbyes during that time: goodbyes to planning for tomorrow, little things like shopping, and long conversations, until we had our final goodbye, with her kids surrounding her, holding her hands, kissing her forehead for the last time.

But we did it, all of it with full intention, honesty, and some bravery on all our partsespecially moms, she was so brave.

I didn't think I would want to live without my mother. But After her death, I knew I would and could go on, if I have learned anything from so much death, it's that we are just a short click away from our own. Mom would never want me to dwell on her death. She'd want me to process it and move on quickly and (with German efficiency). And I am, she's made me stronger for it.

And I don't mean to say there won't be extraordinarily painful times, the kind where you don't want to get out of bed, where you feel dehydrated because the tears won't stop rolling down, or just the low grade sadness that clings to some days with the horrible reality that she's just not here anymore and there is no way to reach her...and I could, always reach her.

So with all of that, we will go on, like most do, and maybe someday it will get less painful, or maybe it won't. And we will just have to live and make the most out of the moments we have together. 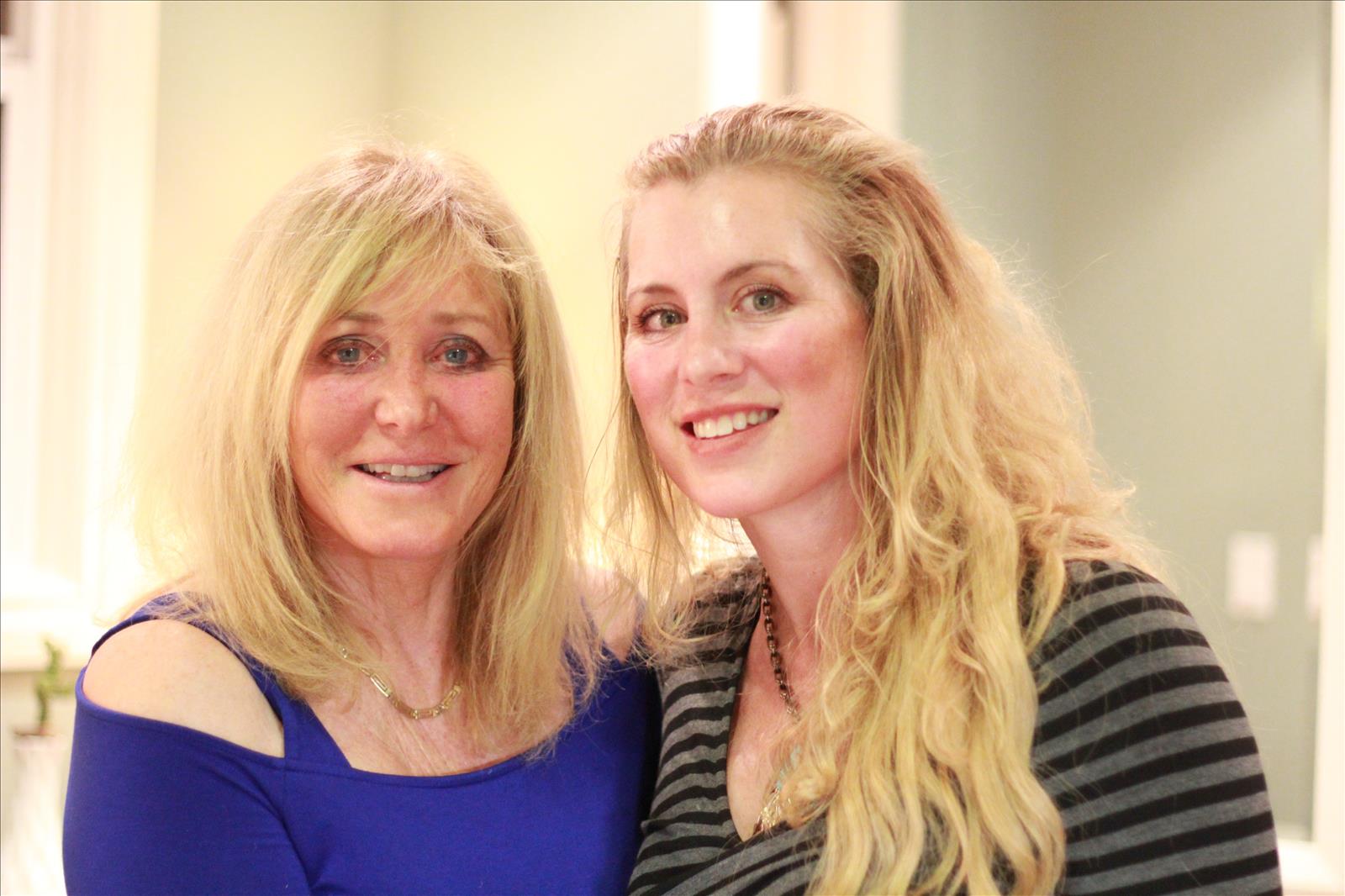 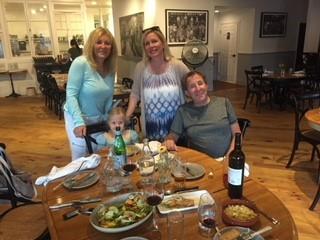 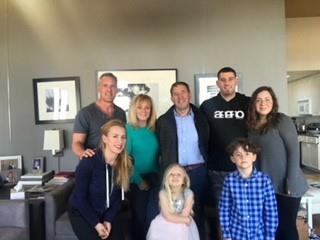 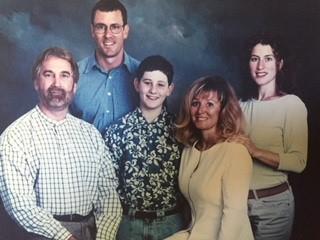 August 5, 2018
To a wonderful mother who never failed to surprise us. What an amazing woman. She is a true inspiration to our grandchildren. We will move mountains in your honor. Love you, Mom.
Sean Turbeville
August 5, 2018
Showing 1 - 11 of 11 results