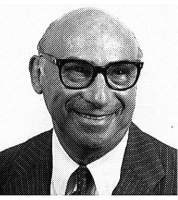 died peacefully on December 16 at the age of 85. As President and Founder of Martin H. Bauman Associates, a prominent Executive Recruiting firm that was in business for 42 years, Martin had the reputation for bringing careful study and detailed analysis to every project he undertook. Research at NYU under Dr. Peter Drucker, the founder of modern management, showed that there was a poor correlation between the interview process and how candidates actually performed on the job. Martin became an executive recruiter and was the first person to develop an assessment process of potential candidates that not only included testing, but his own innovative self-concept method. After more than 40 years, the results were clear - over 96% of candidates placed by Martin H. Bauman Associates were still on the job after one year, while the industry average for recruiting firms was 67%. In 1992, Martin was inducted into the Executive Search Hall of Fame as one of the top recruiters in the U. S. Martin's competence and integrity brought him to the top of the industry, working with Presidents, Chairmen, and Managing Directors of companies that included Merrill Lynch, Donaldson Lufkin & Jenrette, AT&T, FedEx, Colgate-Palmolive, Revlon, and every major transportation company, including airlines, shipping and trucking firms. The son of Rose and Jack Bauman, Martin grew up in the Bronx, and attended New York University for all his studies. His graduate research, under Dr. Peter Drucker, focused on the Behavioral Sciences. Over the course of his career, Martin lectured at The New York University Management Institute and was an Associate Professor at Pace University. Courses taught included Advanced Management, Behavioral Sciences, Human Resources Management, and Interviewing. His speaking engagements included Fortune 500 companies and he published over 20 articles about executive search, management, and the interview process. Martin contracted polio in the Army in the 1950s at the age of 23, and attended college through the G.I. Bill. In 2000, he established the Martin H. Bauman Scholarship Fund for Handicapped Students at New York University. As a survivor of polio, he was intimately aware of the challenges that handicapped people face every day, and felt that an education was one of the most important goals that should be available to all. Martin impacted the lives of many, many people in his business life and in his personal life. Placing people in jobs was an art form that demanded an expertise in social and psychological behaviors. He always said that in addition to having the technical aspects for a job, you had to "have the right fit on all levels." He taught young employees by example. For the one year in the company's history that was not profitable, his employees voluntarily took a 10% cut in salary (so no one would have to be let go); Martin did not take a salary that year. Some ex-employees went on to form their own companies, and some are now Principals and Partners in firms. He was a good teacher and a man of integrity. Martin was preceded in death by his first wife, Carol. He is survived by his two children, John and Elizabeth, his sister, Thelma Greenstein, his wife, Sherry and her children, Christopher Connor and Laura Connor O'Sullivan, and his step-grandchildren, Thomas, Claire, and Maeve O'Sullivan. Donations can be made in Martin's name to his scholarship fund. Checks should be made out to New York University, noting the scholarship name in the memo area (Martin H. Bauman Scholarship Fund for Handicapped Students), and sent to NYU, Development & Alumni Relations, 44 West 4th Street, Suite 10-160, New York, NY 10012. Funeral Services will be held on December 18 at 9:30am at Nassau North Chapels, 55 N. Station Plaza, Great Neck, NY 11021. Burial will be at Beth Moses Cemetery, Wellwood Avenue, Farmingdale, NY 11735. The family will sit Shiva from 1pm until 4pm on Friday, December 18 at the Bauman home in Sands Point.

Published by New York Times on Dec. 18, 2015.
To plant trees in memory, please visit our Sympathy Store.
MEMORIAL EVENTS
To offer your sympathy during this difficult time, you can now have memorial trees planted in a National Forest in memory of your loved one.
Funeral services provided by:
Riverside-Nassau North Chapel
MAKE A DONATION
MEMORIES & CONDOLENCES
12 Entries
Sincere condolences goes out to the Bauman family for your sad loss. May GOD be a source of comfort and strength as you mourn the loss of Martin.
December 25, 2015
Good men are often defined by the impact they have on those around them. No doubt all treasure pivotal men like him.(Psalms 30:5b)
December 22, 2015
Just one nice, sweet man. I loved his humor and he always bright, optimistic outlook.
David Morris
December 21, 2015
My father was awe inspiring. There wasn't a day that went by or a conversation that we had that I didn't walk away feeling so blessed and loved. He was brilliant and always cut through the clutter to help guide the way for me.
John Bauman
December 21, 2015
When I met Marty in 1989 it was a match made in heaven. Marty believed in good matches and ours was a perfect one. After taking and passing his tests I worked with him for 14 years and learned more than I ever learned from anyone else. His brilliance, sense of humor, everlasting genius ideas and cleverness kept me on my toes. I will miss him a great deal as will all of his great friends.
Audrey Hellinger
December 20, 2015
Having worked for Marty for 20 years, I will always remember his endearing quirks, his gravelly voice, his quick wit, his searing insights, and mostly, his supreme kindness, humanity and integrity, not found often enough in those we call "boss". What a sad time for all who had the good fortune to know him. Deepest condolences to his beloved family. Rest in peace, MB.
Nina Proct
December 19, 2015
Martin was always kind and generous and loving. He left lasting impressions on the lives he touched. Soft heart but a tough spirit and a fighter. He lived every moment of difficult days of life with humor, caring totally for family and for loving friends with pure grace and true dignity. A more loving wife your dearest Sherry would be impossible to find. She was tending to Martin 100% until the very end. You will certainly be missed by all whose life you changed for the better.
May calm, warmth, love and heaven be yours through eternity..

Love, Orin & Barbara.
Martin, you are finally fully at peace, with real heavenly freedom, still with an inner glowing warmth and probably no more beret.
December 19, 2015
Your patience and sense of humor will be dearly missed. You always saw the upside of life and the silver lining. RIP Marty.
Regan Samuel
December 19, 2015
An extraordinary man in every way with a brilliant mind but most of all a sense of humor that was second to none. A joy to be with and I loved how much he adored Sherry whom he always called 'SWEETHEART". Bonnie Salkind
Bonnie Salkind
December 18, 2015
Marty was my Colleague, my International partner & a very close friend.
Alain TANUGI
December 18, 2015
As his assistant for 34 years, I will always remember his integrity in business, his wonderful humor, endearing nature, and great dignity throughout his life. I'll miss you, MB!
Deanna Scharf
December 18, 2015
I will miss Martin greatly. He loved my sister Sherry so well and so long. I am forever grateful to him. I loved his humor and his outlook on life.
Michael Weihofen
December 17, 2015
Showing 1 - 12 of 12 results