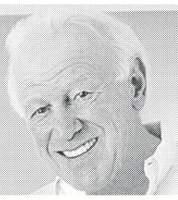 BORN
1937
DIED
2019
WEST--Martin. Noted filmmaker and actor Martin West died on December 31. He was 82. Born Martin Weixelbaum in Westhampton, NY on August 28, 1937, he began his theatrical career in New York, appearing in a 1959 production of The Andersonville Trial alongside George C. Scott. He began appearing in feature films in 1960, making his debut as the star of Freckles. He starred in over 30 films including the cult classics of Lord Love A Duck (1966) and John Carpenter's Assault on Precinct 13 (1976). Other films included The Sergeant was a Lady (1961), and Alfred Hitchcock's Family Plot (1976), along with many others. In l966, he began a nine-year role as Dr. Brewer on General Hospital. Other feature television roles include Perry Mason (1965), Gunsmoke (1966), Bonanza (1967), Ironside (1970), Dallas (1981), Highway to Heaven (1985), Matlock (1988), and LA Law (1989). West also directed Great Performers in 2008 and 2011. He won an Emmy with his team for the film The Making of My Fair Lady. In l993, he became a member of the Theatre Artists Workshop of Westport, CT, acting in and directing numerous productions. In 1999, he was commissioned to create "A Gathering of Glory," about the history of the arts in Westport; in 2010, he produced the film "Years in the Making," a documentary about Westport artists over the age of 70 who were still creating. From l998, he was the life partner of artist, Ann Chernow. He is survived by three children, Jason Weixelbaum, Allie West, and Gabriel West, along with his stepson, Paul Mend and his sister, Gail Britt. A memorial event will be held on Saturday, January 4th from 2-5pm at the Theater Artists Workshop at the Masonic Lodge at 5 Gregory Boulevard in Norwalk, CT. For driving and parking directions, please visit the Workshop website: taworkshop.org/. In lieu of flowers, please send donations in Martin's name to the Workshop at the link above.