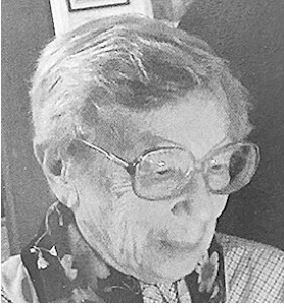 KING--Mary Elizabeth. Died peacefully in her home on February 20, 2021. Mary was born on June 28, 1926 at Port Chester Hospital, New York, to Livingston and Katherine Dickason. She grew up in in Short Hills, NJ with her mother and father, and two sisters, Katherine and Ann. She attended Kent Place High School, (which she always treasured,) in Summit, NJ, and then graduated magna cum laude from Smith College in 1947. She went on to study medicine, and graduated in 1951 from College of Physicians and Surgeons, Columbia University. After completing a medical internship, she moved with her husband, Donald King, to Fort Knox, KY for two years, and then served as a post-doctoral fellow in biochemistry at the University of Chicago. Soon after, the Kings both pursued fellowships at the University of Copenhagen in Denmark. During this period her first son Donald was born. Mary spent five years in the pharmacology and biochemistry department at Yale University, during which time two more children, Katherine Anne and David were born; and then the family moved to Denver, CO, where Donald took a position at the University of Colorado, There, she became Associate Clinical Professor of Pathology, and also completely immersed herself in the outdoor life in Colorado, including rock hunting, camping and drawing and studying wildflowers. She was a voracious reader, interested in everything, and deeply affected by literature. In 1966, the family moved back to New York where Donald took a position at Columbia. When the children grew up, Mary took a residency in surgical pathology at Cornell, and became a specialist in GYN surgical pathology. The Kings moved again in 1983 to Chicago, and Mary continued to pursue her work at Rush Medical Center and the University of Illinois. Mary Elizabeth retired in 1990 to the New York home in Riverdale, which they had bought in 1966. During this period, she enjoyed her friends and family, and took advantage of all the city had to offer, including opera, music, theater and lectures. Her beloved husband took wonderful care of her until his passing in 2018. Family and cousins loved to visit her, and gather together at the home they had known for 50 years. She is survived by her children, Donald West King, Katherine Anne King, and David Livingston King; and grandchildren, Juliette King, Jessica King, Madeleine Kuhn, Helen Kuhn, Matteo Caracciolo-King, and Emma Caracciolo-King.

To plant trees in memory, please visit our Sympathy Store.
Published by New York Times on Mar. 7, 2021.
MEMORIAL EVENTS
No memorial events are currently scheduled.
To offer your sympathy during this difficult time, you can now have memorial trees planted in a National Forest in memory of your loved one.
MEMORIES & CONDOLENCES
1 Entry
Mary was such a wonderful person. I so enjoyed her warmth, wit and great sense of humour when spending time with her and my dear friend Anne, her opera singing niece. She shared wonderful stories of her youth and introduced me to olive and cream cheese sandwiches. Whenever I eat them, I think of Anne's Aunt Bet. I am so sad to hear of her passing, and feel fortunate to have spent some lovely times in her company. She will be missed by all who were lucky enough to know her.
Darcia Parada
Friend
May 14, 2021
Showing 1 - 1 of 1 results