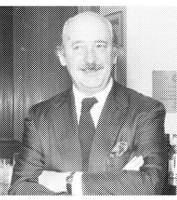 Michel Bergerac, 84, died on September 11, 2016 in NewYork-Presbyterian Hospital after a long illness. Most recently, Bergerac served as chairman, M.C. Bergerac & Co., Inc., an investments and advisory company based in New York. He was perhaps best known for the leadership positions he held at Revlon for more than a decade. In 1974, Charles Revson sought to find his successor and hired Bergerac to serve as the president of Revlon. Upon Revson's death in 1975, Bergerac became CEO and Chairman of the Board, a position that he held until 1985. While at Revlon, Bergerac led extensive diversification of the company into health care products and increased the distribution of Revlon's core cosmetics line. Bergerac began his career at Cannon Electric, the world's foremost producer of electrical connectors. When Cannon was acquired by International Telephone & Telegraph Inc., Bergerac was dispatched to Belgium to run ITT's European operations. Bergerac served as president of ITT Europe Inc., where he was responsible for multi-product business activities across Europe, Middle East and Africa. He sat on various boards throughout his lifetime, including CBS; J.P. Morgan Chase (formerly Manufacturers Hanover and Chemical Bank); the Board of Overseers, Cornell Medical College and the Graduate School of Medical Sciences; director and vice chairman, The Spanish Institute; Tiedemann Group; Forstmann Little; and Asphalt Media. Bergerac received various decorations and honors, including the Italian Order of Merit; "E" Award for Excellence, awarded by President John F. Kennedy; Jabodinsky Medal, awarded by the former Prime Minister of Israel Menachem Begin; the Belgian Order of the Crown; and the Ellis Island Congressional Medal of Honor. He was born on February 13, 1932 in Biarritz, France. After completing his studies at Lycee de Biarritz and The Sorbonne's Ecole Des Sciences Politiques and School of Law in Paris, he was awarded a Fulbright Scholarship. He enrolled in the University of California, Los Angeles where he earned a master's degree in business administration and became a naturalized American citizen. What most will remember about Bergerac is how well he lived his life. His fluency in four languages brought him friends from around the globe, and his travels, big game hunting and wing shooting spanned three decades. Good wine and food, tastes in fine art and sense of adventure brought him a wide and varied life. Most of all, he cherished his loving friends. Bergerac is survived by his wife, Alice, of 20 years, and family scattered across the United States, France and South America. A memorial service will be announced at a later date.

Published by New York Times on Sep. 14, 2016.
To plant trees in memory, please visit the Sympathy Store.
MEMORIAL EVENTS
To offer your sympathy during this difficult time, you can now have memorial trees planted in a National Forest in memory of your loved one.
MAKE A DONATION
MEMORIES & CONDOLENCES
3 Entries
Very belated condolences to Alicia. I was out of the country in September 2016, so just now discovered your loss. My thoughts and prayers are with you. With fondest regards, Hillie
Hillie Mahoney
Friend
March 3, 2018
My condolences to the family for the
loss of your loved one.
May the love and compassion of God
be with the family and friends,
during and after these difficult times.
September 14, 2016
To the Bergerac Family: My heartfelt sympathies go out to the family and friends during this difficult time. I hope that the promise in 1 Thessalonians 4:14 can bring comfort. Knowing that there's a hope for the ones we have lost in death can be so reassuring.
September 14, 2016
Showing 1 - 3 of 3 results