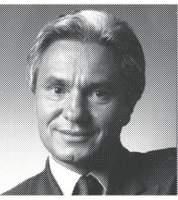 International businessman, avid traveler, relentless charmer, loving husband and father, passed away peacefully at his home in Wainscott, NY. Michel was a pioneer of IT consulting and the former founder of Cap Gemini America as well as one of Cap Gemini's principal executives for more than 25 years both in France and the USA. More recently he has devoted himself to the charities Surgeons of Hope, East End Disability Associates and L'Arche, of which his youngest daughter Aurore is a member. For all his efforts on behalf of France, he was named Chevalier of the French Legion of Honor and Officer of the National Order of Merit. He was born in 1939 in Marseille, France and has lived in New York for the past 25 years. Recently, he took to writing his memoirs (Bastille Day A Milwaukee and 05-14-39: Conversations with Valerie Berty) and his words tell his story best. He described himself as a boy as a charmer, which he was until the very end. Always eager to entertain with a song, a joke or a fun story, Michel loved people. His family and friends will remember him for his humor, his generosity, his love and enthusiasm for life. He is survived by his wife, Marie-Eve; his children, Valerie, Jean-Benoit, Apolline and Aurore; his grandchildren, Sinclair, Winston, Sibley and Mathieu. He was preceded in death by his eldest daughter, Caroline. A service will be held on Sunday, February 18 at 3pm at the Queen of the Most Holy Rosary Church, 2350 Montauk Hwy, Bridgehampton, NY 11932. Donations in his memory may be sent to: L'Arche Long Island, PO Box 354, Riverhead, NY 11901.

My most sincere sympathy goes out to the entire Berty family. I was so shocked and heartbroken to hear about Michel's passing. Michel was a wonderful guy who always greeted me with a warm smile when I saw him at Riverview School on family weekends. I will miss his great sense of humor.
Andrew Broughton
March 1, 2018
Mes sincères condoléances.
Marylene Delbourg-Delphis
February 18, 2018
Dear family and friends of Michel, may the hope found in Gods' word the Bible, out weigh the grief you currently feel.
1 Thessalonians 4:13:14 EW, NYC
February 16, 2018
Marcie
February 14, 2018
Warmest condolences to the family...good memories can last a lifetime. May you cherish the charming moments of your dear one and allow our the love if God to heal your hearts. PSALMS 145:18,19
J.Grant
February 14, 2018
To the Berty Family: My heartfelt sympathies go out to the family and friends during this difficult time. I hope that the promise in 1 Thessalonians 4:14 can bring comfort. Knowing that there's a hope for the ones we have lost in death can be so reassuring.
February 14, 2018
Showing 1 - 8 of 8 results