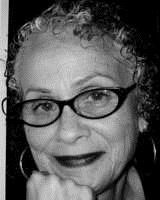 died peacefully on February 14 at Lenox Hill Hospital in New York City after a prolonged fight with cancer. She was 73 years old. A proud New Yorker, Muriel was born in the Bronx and raised on Long Island, later living in Manhattan with an additional home - a magical place - overlooking the water in Sag Harbor. After attending Vassar and Barnard, she received her PhD in Anthropology from Columbia University in 1970. She taught for many years at Lehman College before becoming Professor Emeritus in order to begin a second career as a psychoanalyst. She trained and then taught at NYU in the Post-Doctoral Program in Psychotherapy and Psychoanalysis, while also a Fellow at the New York Institute for the Humanities at NYU.

Muriel entered psychoanalytic training when already a scholar in anthropology and feminist theory. She then turned her brilliant mind to questions of gender and sexuality, deepening our understanding of how these sites of identity and experience function in psychic and social life. She was a transformational and provocative thinker and writer who questioned received wisdom, opened conversations on dangerous topics, and developed new ways of thinking about and doing psychoanalysis. Her body of work is bold and original in the areas of gender and queer studies, sexuality, feminism and relational psychoanalysis. She was the author of numerous papers and books, and was a revered and beloved teacher, mentor, supervisor and clinician.

Muriel loved the ocean, nature and her beloved cats as much as she loved ideas and people.

Muriel was the daughter of Alfred and Dora Dimen and is survived by her brother Michael, sister-in-law Kelly Taylor, niece Abigail Dimen-Taylor, aunt Geraldine Dimen, and several cousins.

Funeral Services will be held on Wednesday, February 17th , at 3pm at the Plaza Jewish Community Chapel at 630 Amsterdam Avenue in Manhattan.

A Memorial in her honor will be held in early April, location TBA.

In lieu of flowers, donations in her name can be made to:
The Robert Giard Foundation: http://robertgiardfoundation.org/do
nate
Animal Rescue Fund of the Hamptons: http://www.arfhamptons.org/
Published by New York Times from Feb. 16 to Feb. 17, 2016.
To plant trees in memory, please visit the Sympathy Store.
MEMORIAL EVENTS
To offer your sympathy during this difficult time, you can now have memorial trees planted in a National Forest in memory of your loved one.
Funeral services provided by:
Plaza Jewish Community Chapel
MAKE A DONATION
MEMORIES & CONDOLENCES
Sponsored by anonymous.
18 Entries
It's with enormous sadness that I am just now learning of the death of Muriel Dimen.
With her great intellect, intuition, sensitivity, and self-awareness, she helped me come to a much better understanding of myself. Though it has been years since I saw her, her vital presence lives on in my memory.
My condolences to her family and friends.
Juanita Brunk
November 13, 2016
It was my pleasure to supervise and teach Muriel more than forty years ago and help as she turned her dissertation into a book. More than a pleasure because I benefitted from each of our contacts, often in ways that subtend words. Her movement and growth never stopped. One could palpably feel the love and sense of justice that drove her work. Work, too, informed by the beauty she found in nature.

Michael Eigen
Michael Eigen
February 24, 2016
My friendship with Muriel dates back to our days in the graduate program in anthropology at Columbia. She was a beautiful and brilliant person who will be sorely missed.
Maxine Margolis
February 22, 2016
Sweet Muriel..
May flocks of angels carry and sing thee to thy rest.. Our hearts go out to your family and friends who will always love you, with cherished memories.
Jack and Janny Murphy
February 20, 2016
Dr. Dimen was a vital force in developing relational psychoanalysis. Her legacy will live on despite her loss.
William MacGillivray
February 20, 2016
You were a supervisor, friend, supporter. You danced at my wedding. Rest in peace.
Mary Gail Frawley-O'Dea
February 19, 2016
Dearest Muriel, We in your Wednesday writing group are all heartbroken to lose you. It is too soon for this world to lose you. You were so vibrant and full of love, and so generous to all of us; you helped us develop our own unique voices. And, through all of your teaching and guidance you were also a wonderful friend and a generous and caring human being. You will be missed by so many, but you will live on in our hearts, our work, and our writing.
Lorraine Caputo
February 18, 2016
A most wonderful and treasured friend, a great thinker and writer, a true and fearless gourmet of life's pleasures.
adrian rifkin
February 17, 2016
I am so sorry that Ms Dimen passed away. May you find comfort in the words of family, friends and the "God of all Comfort" to help you through this difficult time. 2Cor1:3
February 17, 2016
you taught me, recognized me, and helped me find my way using the written word.
annielee jones
February 17, 2016
Muriel, my dear cousin: you were the brightest of all of us. When last we met you lent a sympathetic ear and offered wise advice on a path to follow. Our 30 minute "session" changed my life. I am forever grateful.
Edward Dimen
February 17, 2016
Muriel, I will forever be grateful for our adventure together. You were wise, kind, intelligent, funny, and completely brave. You set out with me on my leaky little boat, with no worries about hitting rough waters. But we found a way to land. I wish you fair winds and following seas on the next journey.
Susan DePalma
February 16, 2016
Heartbreaking...I will miss you. You will be forever in my heart and thoughts. Thank you for the journey and all your guidance. Love and Regard.
Zoya
February 16, 2016
You are gone too soon, a bright brilliant beam of intellect, integrity and compassion you are now on your way to eternal rest. Your memory will burn on in all the minds of us who knew you and those who were and will be touched by your words.
Jill Salberg
February 16, 2016
I remember your brilliance and kindness.
Joye Weisel-Barth
February 16, 2016
Muriel was so expansively kind and intelligent. She benefited so many, including me. Wishing peace and healing.
alice shaw
February 16, 2016
Offering my heartfelt sympathy for your loss may your cherrishd menmories shine through your sorrows John11:33-34.
F Lawrence
February 16, 2016
May your soul find rest and your memory last orever.
Shakira Moran
February 16, 2016
Showing 1 - 18 of 18 results