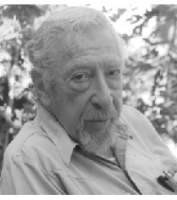 FUNERAL HOME
Riverside Memorial Chapel
21 West Broad Street
Mount Vernon, NY
KAZ--Nathaniel. March 9, 1917-December 13, 2010. Nathaniel Kaz lived and breathed art; it was the essence of his being and the power behind his great love of life. He defied trends and was steadfast in his beliefs. His sculpture is both original and timeless. In 1998 "Mother Earth," a 1935 marble sculpture created by Kaz when he was 18, was exhibited in "The Human Figure in Transition 1900-1945, American Sculpture from the Museum's Collection" at The Metropolitan Museum of Art, New York City. He is one of the best known and respected American figurative sculptors of the 20th Century, with a lifetime of accolades and awards including, most recently in 2006, the National Sculpture Society's Gold Medal and Maurice B. Hexter Prize at the 73rd Annual Exhibition at the Quick Center for the Arts, Fairfield, CT and Brookgreen Gardens, SC. In the same year, he was awarded the Lifetime Achievement in Sculpture Award by Westchester County and the Sculptors' Guild at "The Sculpture Forum on the Plaza" exhibition in White Plains, NY. In addition to his prolific career as a sculptor, he was an instructor at the Art Students League for more than 50 years. He leaves a legacy of enduring work in stone, wood and bronze that is testament to his immortal spirit. Today, his art is well represented in countless private collections and museums both here and abroad. His commissioned works for public buildings, such as "Growth" on the facade of Public School #59 in Brooklyn, have visually enriched their environments for over 50 years. Nathaniel is survived by his wife, Delfina Nahrgang-Kaz, his daughter Naomi Gaskin of New York, his son Eric Kaz of Los Angeles, and three grandchildren, Alfredo Gaskin, Nina Gage, and Sara Kaz. A Memorial Service will be held at Riverside Memorial Chapel, 180 West 76th Street at Amsterdam Avenue, New York City, on Wednesday, December 29, 2010 at 6:00pm.

To plant trees in memory, please visit our Sympathy Store.
Published by New York Times on Dec. 26, 2010.
MEMORIAL EVENTS
No memorial events are currently scheduled.
To offer your sympathy during this difficult time, you can now have memorial trees planted in a National Forest in memory of your loved one.
Funeral services provided by:
Riverside Memorial Chapel
MEMORIES & CONDOLENCES
Sponsored by Alvin Shatkin, devoted student, assistant, longtime friend..
21 Entries
I lived in the Kaz building on 70th in the eighties and nineties. We were great friends. So many wonderful conversations with he and Delfina. They filled my life with art, I'll always remember his brilliant piano Music drifting through the townhouse in the late afternoons. I'll see you in heaven old friend.
Andy Arons
February 26, 2017
I have owned one of Mr. Kaz' charcoal sketches of a standing female nude (dtd 1930) for nearly 40 years. It is a most elegant piece. What a great hand! He certainly knew how to draw. I get great pleasure from it every day.
Edward Shoenthal
December 21, 2014 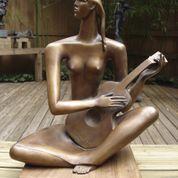 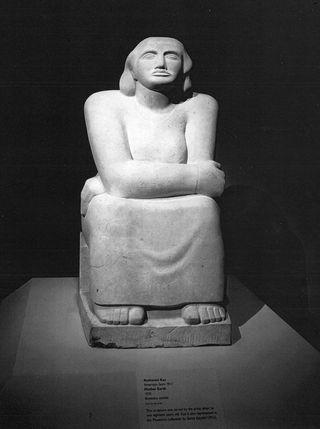 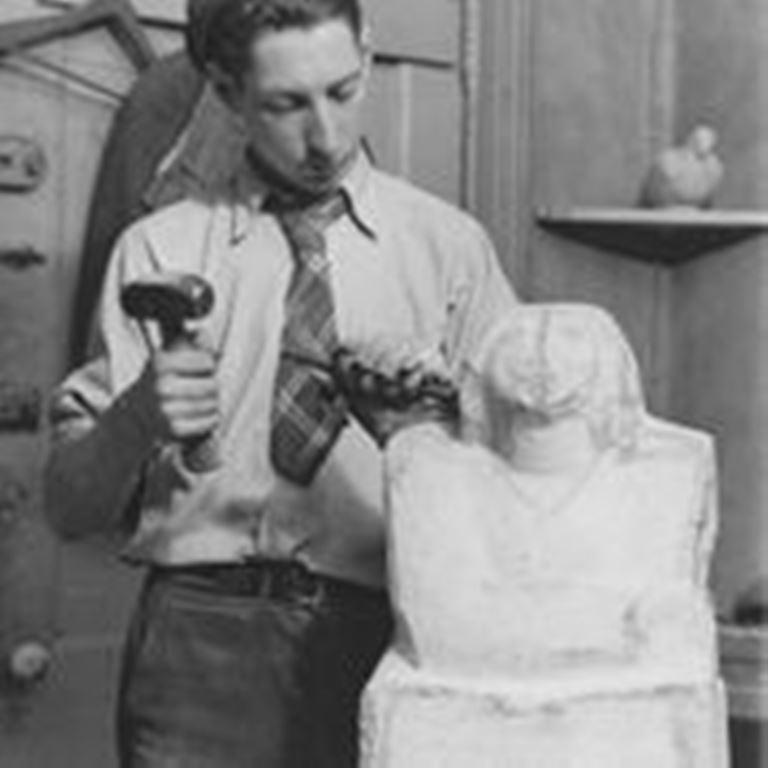 June 27, 2014
Nat will always be remembered as a great teacher. He was also my landlord on W 70th, and good friend of my Father for years. Will never forget you.
Kathy
March 9, 2013
I worked as a model for Mr. Kaz for a few weeks in 1961. My condolences to his family.
Rosalind Maya Lama
July 17, 2012
I'm sure my mom knew him from NYC when she lived there. Mom had one of his wonderful little statues and when she passed on, I owned it.
Jean Kweskin Siegek
July 7, 2012
Nat and Joyce were my great friends and landlords at 43 W 70 St, NYC in the early '702. I livedin the floor through below them and we spent many many wonderful hours My condolences to Todd and Jordan who will never remember me
Buddy Martin
July 6, 2012
My solace to Nat Kaz, for he was at oine time the husband of my deceased sister, Diane Sherryu, THAT PASSED AWAY IN 1976, AND WAS ADMIRED BY HIS FRIEND MY LATE MOTHER, Rhea Sherry, that passed away in fEBRUARY 2010.
March 4, 2012
On this 'Yar Zeit' we remember our Maestro with fondness and sadness. Best wishes to Delfina, Naomi, Eric and the rest of the family, as well as his many friends.
Alvin Shatkin
December 13, 2011
I own one of Nathaniel's small bronze heads. It belonged to my late mom, who apparently knew Nathan. I hold it dear to my heart. I believe he sculpted it in 1945. Perhaps they knew one another in NYC or Chicago?

Jean ( Kweskin ) Siegel
NYC
Jean Siegel
July 26, 2011
My son and I had the remarkable pleasure to meet Kaz and his beautiful wife last summer. I am so sorry to hear this.
Trudy Westphal
April 13, 2011
I just learned of Nat's death today and am deeply saddened. He was a great artist and a true friend, especially to my Dad, Sol Goldman. We miss him very much.
Jackie LAbatt-Simon
February 11, 2011
It was an honor and pleasure to have known Nat in this lifetime. He will be truly missed and my deepest condolences to his wife and all of his family
Nimmi
January 31, 2011 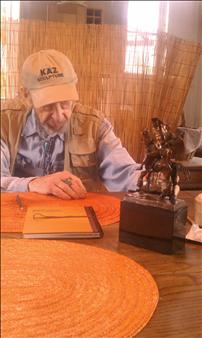 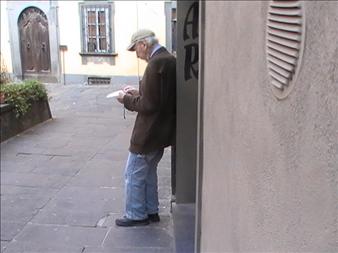