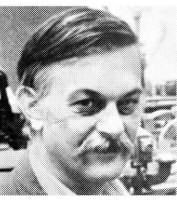 born 7th February 1925, beloved husband of Edith, father of Leslie (Joel Litoff) and Jane (Jim Grant), loving grandfather of Ruth, died peacefully in his sleep on 30th July 2017 in Sleepy Hollow, NY, aged 92 years. Norman was an esteemed research physicist, late of Bronx Science, Tufts, the US Navy, Columbia, and Stanford, where he earned his PhD, and where, with his colleague Richard Post, he did crucial early work on the first electron linear accelerator. He went on to a career at Hudson Labs, GE, and IBM, where he worked on semi- conductors and crystal theory. He was an ardent supporter of liberal causes and cared deeply for the arts and his dogs. He spent sabbatical years at Oxford University and Lancaster University, became enthusiastic about English history, and loved walking in the English Lake District. Norman and Edith spent many fulfilling years at their home on Stillwater Lake in Millwood, NY. In retirement Norman devoted himself to photography and created many beautiful images. He will be much missed by his family and his friends at Kendal on Hudson in Sleepy Hollow.

Published by New York Times on Aug. 15, 2017.
To plant trees in memory, please visit our Sympathy Store.
MEMORIAL EVENTS
To offer your sympathy during this difficult time, you can now have memorial trees planted in a National Forest in memory of your loved one.
MAKE A DONATION
MEMORIES & CONDOLENCES
2 Entries
Norm was a man of dignity and probity n his life and his science, a keen-eyed original photographer, the center of a loving family and a faithful friend. His pictures are on my walls, and his wisdom and humor in my mind. Eunice Welber
Eunice Welber
August 26, 2017
Norm was a great scientist and a good friend.
Marshall Nathan
August 17, 2017
Showing 1 - 2 of 2 results