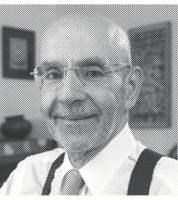 AWN--Peter J. Peter Awn, Professor of Religion and Dean Emeritus of the School of General Studies at Columbia University, died in Washington Heights on February 17, 2019. For more than 40 years, Peter was a cherished fixture on Columbia's campus who dazzled with his wit, warmth, and deep love of the study of religion and the classics. Peter was best known as Dean of the School of General Studies, and throughout his 20-year decanal tenure (1997-2017), he championed the School's unique role as Columbia's unrivaled liberal arts college for returning and non-traditional students. For Peter and for the entire University community, General Studies represented the very best of what an undergraduate education at an elite institution should be: a student body made up largely of student veterans, first- generation students, and international students, whose age and life experiences brought invaluable richness to the classroom. As Dean, Peter grew and nurtured General Studies in countless ways. For instance, he embraced its oldest and largest pre-medical school certificate program in the country for individuals already holding an undergraduate degree and its long-held relationship with the Jewish Theological Seminary. He created joint BA programs with Sciences Po in Paris, the City University of Hong Kong, and Trinity College Dublin. In his letter to the Columbia community announcing Peter's death, University President Lee C. Bollinger called him "one of the essential leaders of Columbia University's modern era." Peter was born in Brooklyn, New York to Isabel and Elias Awn, Lebanese Christian immigrants. He received his BA in Philosophy and Classical Languages from Fordham University and an MDiv in Christian Theology from Woodstock College. He was ordained a Catholic priest before earning his PhD in Islamic religion and comparative religion from Harvard University. Peter first arrived at Columbia University in 1978 as a scholar of religion and Islamic studies, and he delighted his students with his boundless enthusiasm, incisive intellect, deep compassion for their well-being, and expressive socks. He stepped down as Dean of the School of General Studies in 2017 to return to his first love, teaching. His loss leaves a void that will never be filled. Peter was the cherished brother of Claudette Maraziti, Louise Crowley, and the late Richard Awn. He was a loving uncle to Jackie, Michele, Jerry, Jennifer, Sarah, John, Richard, Susan, and Peter, and a grand uncle to 12 nieces and nephews. He was the close, lifelong friend of Norman Laurila and Rob Westerberg. A private memorial service for his family will take place in the coming days. Donations in his name may be made to the Peter J. Awn Scholarship Fund at Columbia University's School of General Studies. Lee C. Bollinger and the Columbia University Board of Trustees

To plant trees in memory, please visit our Sympathy Store.
Published by New York Times on Feb. 24, 2019.
MEMORIAL EVENTS
No memorial events are currently scheduled.
To offer your sympathy during this difficult time, you can now have memorial trees planted in a National Forest in memory of your loved one.
MEMORIES & CONDOLENCES
Sponsored by A friend and alumna of Columbia, Donna C. Ross.
15 Entries
Throughout this year I have often thought about my teacher and mentor and friend Peter Awn. I miss him and have so much of my life to share with him. He will forever be in my heart. I send my deepest condolences to his family and friends.
Amy Hammer Ackerson
Student
February 13, 2021
As a professor, Peter Awn exuded passion, brilliance, & a fiery mischief. I was lucky enough to take his World Religion class in 1987 & it left a lifelong impression. What a loss. My condolences to his family & to Columbia University.
Stacey Morris
March 5, 2020
Amy Hammer-Ackerson
June 13, 2019
Peter Awn was not just my teacher he was my friend once I graduated from the Joint Program majoring in Bible at JTS and Comparative religion from Columbia School of GS. I often used his opening class in my teaching throughout the years which I always have him credit. He was a thoughtful, kind, passionate teacher, and a thoughtful friend. I offer you my sincere condolences on your loss. I will always remember him as a unique individual who shaped my life as a teacher. Words do not even begin to express my feelings of loss.
Amy Hammer-Ackerson
June 13, 2019 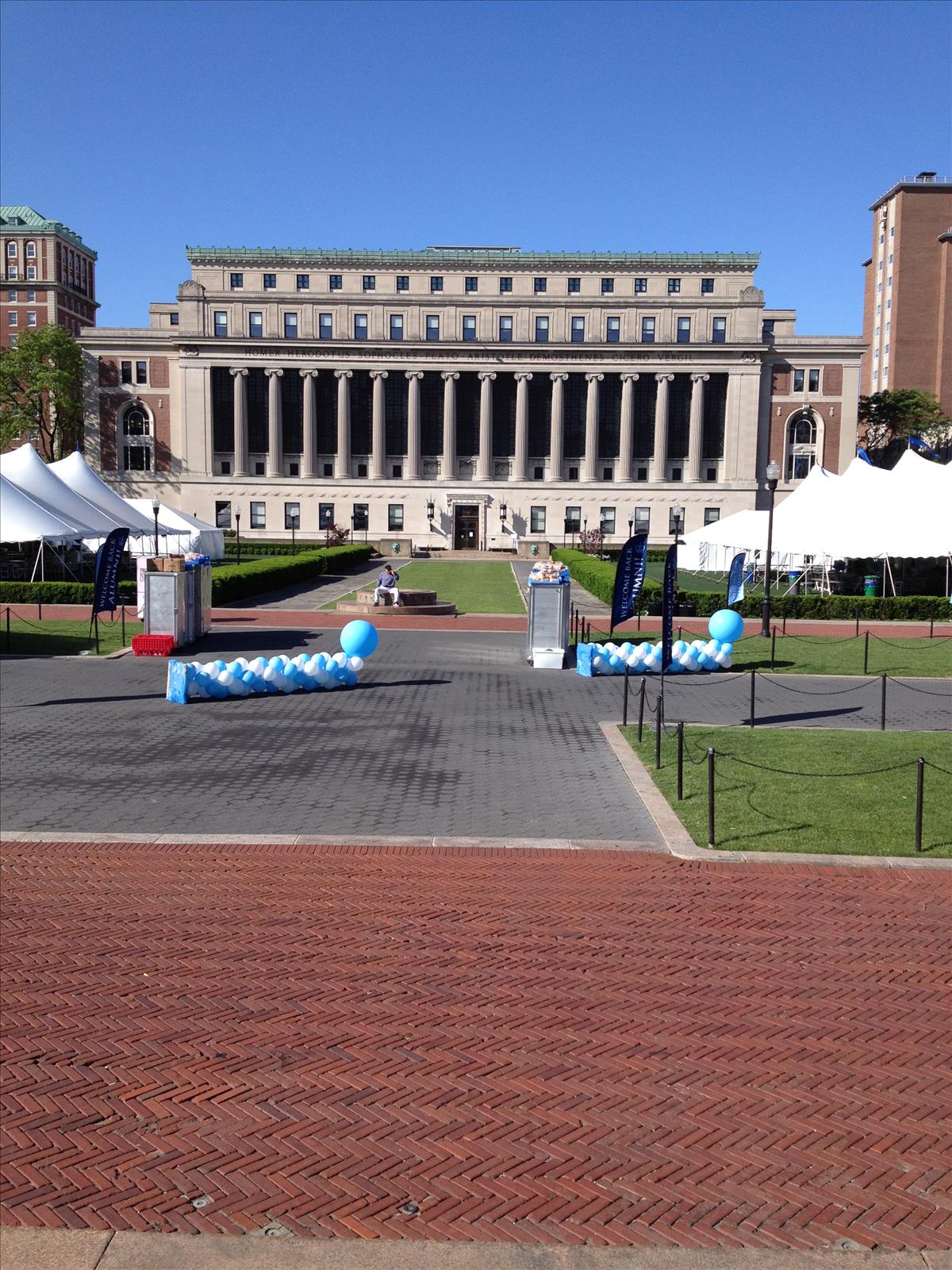 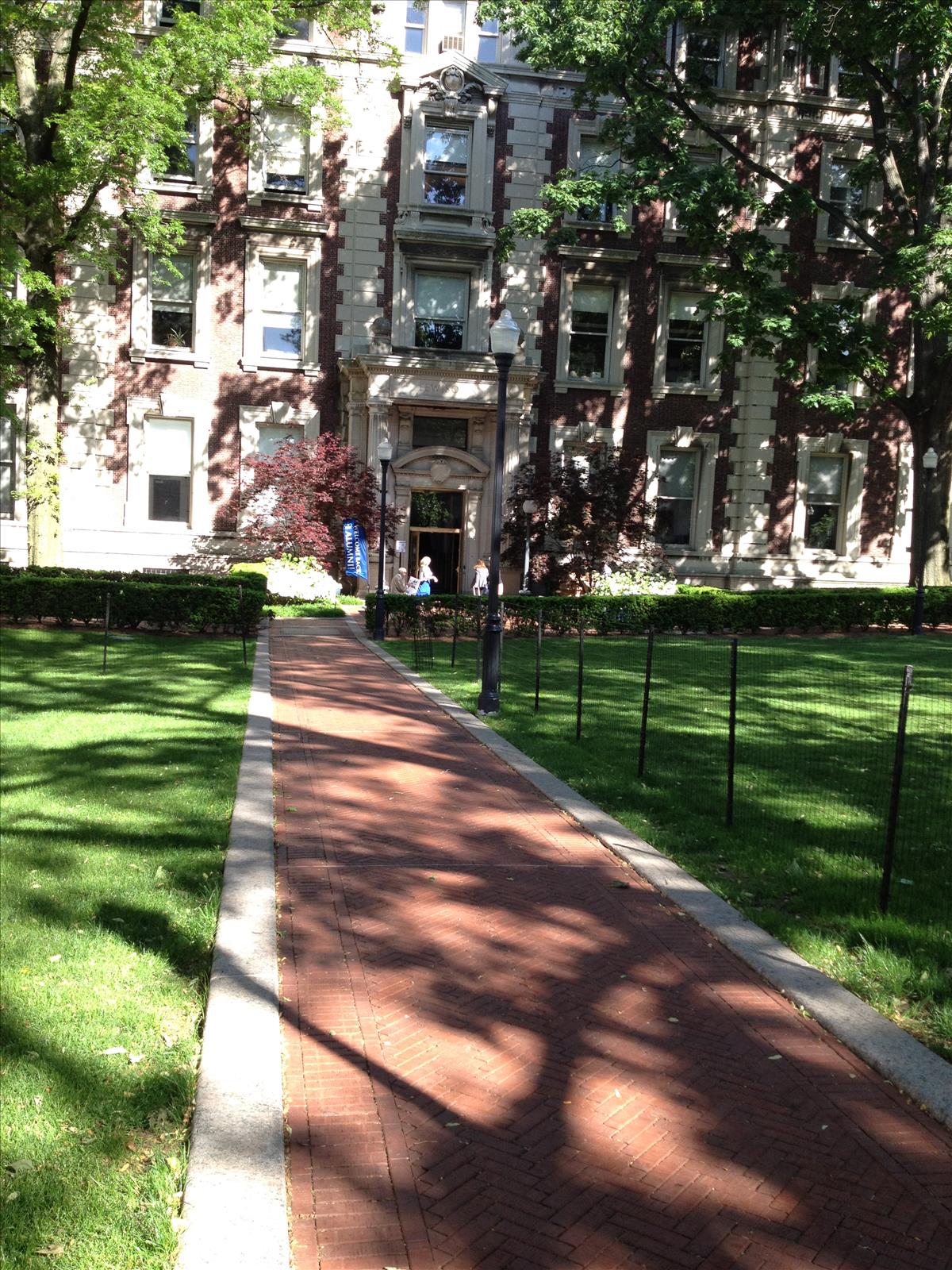 I am heartbroken to learn, just now, of the passing of the wonderful Dean Peter J. Awn. Columbia University and, indeed, the entire Columbia family will never be the same without Peter Awn. I feel so blessed to have gotten to know Dean Awn when I attended our reunion in 2014. He was kind, energetic, charming, modest, fiercely loyal to Columbia, handsome, and so intelligent! My only regret is that I never had the pleasure of taking a course from him. Peter Awn was a NYC treasure, a fixture at Columbia University, representing the best of what a great university in a great city is! You are deeply missed, Dean Awn, and my heart goes out to his loved ones. May Professor Peter J. Awn RIP.
Donna Ross
April 17, 2019
A high school English teacher, I was lucky enough to be in Peter's NEH seminar on Islam in the summer of 1988. Peter was, of course, knowledgeable about the subject, but more importantly, his warmth, charisma, and passion for the literature and teaching infused every hour of our time with him. As a result of those six weeks with Peter, I was encouraged to do more reading about Islam and the Middle East and to travel to many countries in that part of the world. I also maintained a sort of relationship with him by stopping by his office whenever I was in New York.He always made time to talk to me even after he became dean.I offer you my deepest sympathy. I know your sadness as his close family members is much deeper than mine. Columbia and Manhattan will be much darker without the light of Peter Awn.
Suzanne Billhymer
Friend
March 26, 2019
Professor Awn was a truly great teacher and wonderful human. I will never forget your lectures, chats and friendship. God protect and keep your soul. RIP
Christopher Herndon
March 23, 2019
~ Continued condolences to the Family & Friends of Peter Awn, stellar C.U. community member and, by all accounts, very much a 'part-of-the-solution' across many boundaries......Let us, in living memory of Mr. Awn, keep him in mind as we thoughtfully traverse his earthly home of NYC; putting an inherent premium upon the safety of others.........Always espousing the welfare of our brethren sojourner-citizens---of ALL walks of LIFE---in the most mindful of ways ~
James McHale
March 20, 2019
Cousin Peter was a mentor and an invaluable advocate for our daughter Alyssa. She held him in such high esteem as did all his colleagues and students. He will be missed but his spirit and memory will remain.
All our love
The Collins Family
February 27, 2019
To Peter Awns family. My deeoest condolence, and may our heavenly father bring great comfort and peace, mathews 5:4
February 25, 2019
To the friends and family of Mr. Peter Awn:
I am so sorry to hear of your loss.May the God of all comfort, comfort you in your time of need.Cherish the memories.
V H
February 24, 2019
To the Awn Family: My heartfelt sympathies go out to the family and friends during this difficult time. I hope that the promise in 1 Thessalonians 4:14 can bring comfort. Knowing that there's a hope for the ones we have lost in death can be so reassuring.
February 24, 2019
To the family of Peter Awn. My sincere condolences. May you have underserved kindness and peace from God our Father and the Lord Jesus Christ. 1 Corinthians 1:3 JF
February 24, 2019
I am truly sorry. What a loss.
Beatrice Winner
February 24, 2019
Showing 1 - 15 of 15 results