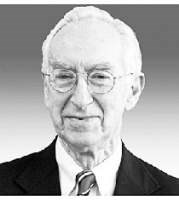 MARCUS--Dr. Philip I., of Storrs, CT, passed away on Sunday, September 1, 2013 at the age of eighty-six. He spent the past forty-four years on the faculty at UConn, known to many as a compassionate professor who donated his time unselfishly to colleagues and students. He was born June 3, 1927 in Springfield, MA; the son of Julius Marcus and Marley Spier (Sheffield, England), and the brother of Maxine Altshuler, and Emil Marcus, who all predeceased him. In 1945 he graduated Springfield Technical High School, the STEM system of its time. During WWII, while in high school, he worked at the great forges in the Springfield Armory immortalized by Longfellow's poem "The Arsenal at Springfield." He enlisted in the Army Specialized Training Reserve Program and was assigned in 1945 to attend UConn in Storrs, CT. After six months each at UConn and UMaine (in Orono) he had earned two years of college credit. Assigned to active duty in the US Air Force and stationed in Istres, France, he rose to the level of staff sergeant within a year. The GI Bill enabled him to attend college, the first in his family to do so. He received degrees from the: University of Southern California (B.S. in Bacteriology, 1950); University of Chicago (M.S. in Microbiology, 1953); and University of Colorado Medical Center (Ph.D. in Microbiology/ Biophysics, 1957). While at the University of Chicago, he worked with Aaron Novick and Leo Szilard and later with Paul Talalay. In Colorado, he became codiscoverer of the clonogenic assay and the feeder cell system, making it possible to grow clones from single mammalian cells as in stem cells. He was the first to clone the immortalized HeLa cells. That procedure led to the first determination of human cell sensitivity to X-rays. Over fifty years later he documented at a luncheon conversation with Leo Szilard, the nuclear physicist, led to the concept and physical setup for the first clonogenic assay. Dr. Marcus then spent nine years on the faculty of the Albert Einstein College of Medicine in New York supported by a ten-year U.S. Public Health Service Research Career Development Award. While there he showed the dynamic movement of virus molecules on the surface of infected cells, and with a pediatrician colleague, Dr. David Carver, developed a new test to detect rubella virus. During this time in New York, he was Director for nine years of the post-doctoral Course on Quantitative Animal Virology and Cell Culture that was taught in the summer at Cold Spring Harbor Laboratory (New York). In 1969 Dr. Marcus returned to UConn where he was appointed Head of the then Microbiology Section. He spent the remainder of his career at UConn where he administered the first Program Project on campus supported by the National Institute of Health, chaired the first Biosafety Committee, created a Virus and Interferon Research Laboratory recognized internationally for its innovative studies, published over 130 scientific papers, and was awarded five U.S. patents. As an early director of the Biotechnology Center, he helped attract companies with a focus on biotechnology to Connecticut. Then, for twelve years as director of the Biotechnology/ Services Center, he expanded the acquisition of state-of-the art instruments, which drew scientists to the facility. He continued to advance biotechnology in Connecticut as a charter member of the Connecticut Academy of Science and Engineering and was pleased to know that the Research Park planned for Storrs, CT, will be realized. In 1987 he received the UConn Alumni Association Award for Excellence in Research, and in 2003 was recognized as a Board of Trustees Distinguished Professor. His annual course in Virology, taught for thirty-six years, was both sought after, and evaded, the former by students looking to be challenged. These students were a source of great pride. Decades later he continued to receive accolades from students expressing appreciation for the opportunity. Dr. Marcus was a member and active participant in a number of professional scientific societies including the American Society for Virology and the International Society for Interferon and Cytokine Research, which in 2005 named him as an Honorary Member. Serving eighteen years as Editor-in-Chief of the Journal of Interferon Research (later renamed the Journal of Interferon and Cytokine Research (JICR)), he went on to serve as Senior Consulting Editor of the JICR for ten years until the present day. For twenty-five years he was an Editor for the Journal of Cellular Physiology. He typically mentored two Ph.D. candidates and two undergraduate honors students doing research in the lab. The bulk of his research at UConn was in collaboration with long-time associate and faculty member, Dr. Margaret J. Sekellick. Three highlights included: the discovery of the world's most efficient inducer of interferon a single molecule of double-stranded RNA; the molecular cloning of the first non-human interferon (avian); and the discovery that influenza virus populations contained previously unknown large subpopulations of noninfectious viruses that were nonetheless biologically active. He was an avid reader who, while developing ways to win the war between viruses and cells, imagined how humankind would lose if we destroyed ourselves first. He showed palatable disdain for politicians who did not appreciate the role of basic science in understanding and caring for the world and its many inhabitants. He is survived by Angela, his wife of 60 years; his son Craig F. Marcus (Coventry, CT); daughter Wendy Marcus Gogel and her husband Gary Gogel (Brighton, MA); daughter Valerie Marcus Nassiff and her daughters Madison and Sydney (Bolton, CT); cousin Bernard A. Marcus and family (Webster, NY); niece Bari Edlin and family (Sherman Oaks, CA); niece Susan Avisar and her husband Eytan and family (Sherman Oaks, CA); and niece Jacqueline Marcus (Los Osos, CA). Donations in memory of Dr. Philip I. Marcus may be made to The Philip I. Marcus Graduate Student Virology Support Fund. Please make checks payable to: The UConn Foundation, Inc. at the following address: 2390 Alumni Drive Unit 3206, Storrs, CT 06269. A memorial service to be held at the University of Connecticut is being planned to honor his passion for education, scholarship, research and creativity.

To plant trees in memory, please visit our Sympathy Store.
Published by New York Times on Sep. 15, 2013.
MEMORIAL EVENTS
No memorial events are currently scheduled.
To offer your sympathy during this difficult time, you can now have memorial trees planted in a National Forest in memory of your loved one.
MEMORIES & CONDOLENCES
2 Entries
I was greatly saddened to hear of Phil's passing. He was a great colleague and I always enjoyed our interactions within the Interferon society. His leadership and friendship will always be remembered.