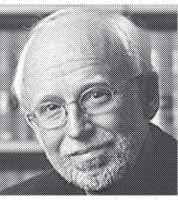 70, of Durham, NC died peacefully on February 22. A giant in the field of law librarianship, he was a prolific author and creator of visionary approaches to leverage open access, information technology, and electronic publishing to shape legal education, research, and scholarship. Born August 26, 1947 in Marshfield, WI to Reuben M. and Evelyn D. Danner, he attended the University of Wisconsin-Madison graduating Phi Beta Kappa in 1969 in political science. After earning two bronze stars in the Army during Vietnam, he moved to Cambridge, MA to pursue graduate studies in political science at MIT, and met the love of his life, Cheryl Sanford. Dick then attended Wisconsin Law, earning a master's degree in library science in 1975 and his Juris Doctor in 1979. They relocated to Durham, NC after Dick accepted a position at Duke Law. He retired there in 2017 as the Archibald C. and Frances Fulk Rufty Research Professor of Law, senior associate dean for information services, and director of the Law Library after more than 35 years. He received the AALL Gallagher Distinguished Service Award last year. He was a loving husband and father, an avid traveler, and a devoted fan of the Packers, Red Sox, Blue Devils, Allman Brothers, and Bob Dylan. He is survived by his wife of 45 years, Cheryl Sanford, his daughter Katherine Danner and her husband Kyle Sullivan of Brentwood, CA, and his son Zachary Danner and his wife Mirya Holman of New Orleans, LA. He was predeceased by his sister, Jeri Danner. Memorials can be made to the Southern Poverty Law Center or the Duke Law Library Gift Fund.

Published by New York Times on Mar. 4, 2018.
To plant trees in memory, please visit the Sympathy Store.
MEMORIAL EVENTS
To offer your sympathy during this difficult time, you can now have memorial trees planted in a National Forest in memory of your loved one.
Funeral services provided by:
American Cremation
MAKE A DONATION
MEMORIES & CONDOLENCES
8 Entries
What an amazing man and leader! I miss him terribly!
Dr. Rochelle Newton
Friend
February 18, 2021
I am sorry to learn of Dick's passing. He and I worked on the Law Library Journal for ten years, and his wife Cheryl and I had our second children within a month of each other in 1985. Dick was not only smart, organized, and insightful, he was kind and had a quiet, sly sense of humor. May he rest in peace.
Debra Kaufman
January 10, 2019 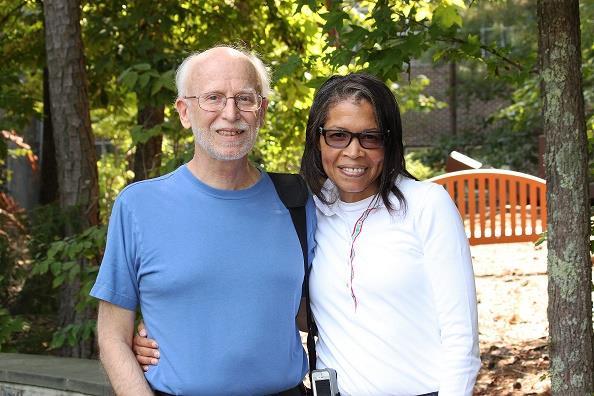 Dick was an incredible mentor and leader. His wisdom and kindness belie a man who was human to his core! Our monthly lunches were exceptional because he was exceptional. Dick's commitment to diversity can be seen in his staff! I miss him and will forever! I hope he is at peace and writing in heaven!
Rochelle Newton
April 3, 2018
Dick Danner - a leading light in the law librarianship profession. A very kind and generous person who will be sorely missed.
Julie Lim
March 13, 2018
Dick was a brilliant man with innovative ideas and a wonderful sense of humor. He will be missed by many library colleagues. I learned a lot from him while we were both directors at Duke.
Patricia Thibodeau
March 9, 2018
In addition to the accomplishments mentioned in this wonderful tribute, Dick was a principled leader and mentor to many young professionals. I was privileged to work with him early in both of our careers and will always remember the sense of community he fostered at DULL. My deepest condolences to Cheryl, Zach, and Kat. Fondly, Katherine
Katherine Kott
March 6, 2018
He was always a good friendly person and we'll respected professional. I remember when I was young in the profession and interviewed I presented on the topic of the West Key number system and was advocating for the value of it. Unfortunately I had learned the night before that presentation he was writing an article critiquing it negatively. It didn't help my stress level at all! He was very generous and kind, both the next day and whenever I met him at local events or at national conferences. I also remember the stacks of papers he had printed and waiting in his office for all the Articles he was writing. Truly an accomplished scholar Although I haven't had any contact in The Last 5 Years, often when I thought of true professionals, good people and examples to follow I would think of him. Thoughts and prayers to all of the family and friends who are affected by this loss. May God's peace and understanding be with you at this difficult time.
Uwe "Ed" Beltz
March 4, 2018
My condolences to the family. May the wonderful memories of your loved one comfort you until God's promises are fulfilled. Matthew 5:5
March 2, 2018
Showing 1 - 8 of 8 results