ROBERT BIRNBAUM
ABOUT
Brooklyn Technical High School
FUNERAL HOME
Weinstein Mortuary
640 Farmington Avenue
Hartford, CT
BIRNBAUM--Robert J., 90, of Cambridge, MA, and formerly of West Hartford, CT, passed away on July 30, 2021 with loved ones at his bedside. Born in New York in 1930, the son of the late Paul and Mildred Birnbaum, he attended Brooklyn Technical High School, Bucknell University and Harvard Law School. Bob then served in the U.S. Army as a lawyer and journalist in Germany. Following military service, Bob moved his family to Hartford where he worked in commercial law and later co-founded the law office Cohn & Birnbaum, PC (now Cohn, Birnbaum & Shea) in 1976, working there until his retirement. Described as "one of the deans of Hartford real estate lawyers," he combined a nuanced understanding of the law with a savvy business sense and ability to bring people together. Although he was known for handling complex matters, he also enjoyed serving as a mentor to young lawyers in his firm. Bob served on the Board of Directors of St. Francis Hospital, the Hartford Symphony, and the Hartford Stage Company. He served as the Chair of the West Hartford Bank & Trust and a member of Hartford's Downtown City Council, and was active in local Jewish philanthropies. Bob loved to play golf and travel with Barbara, his beloved wife of 51 years. After Barbara's passing, Bob cherished the time he spent with his loving companion, Hyaline Greenberg, of New York, and her family. Bob treasured spending time with his family, including his three daughters and their spouses, Margot Birnbaum of Cambridge, Carol Birnbaum, and son-in-law, Adam Manacher of Cambridge, Paula Birnbaum and son-in-law, Neil Solomon, of San Francisco; grandchildren Daniel, Jonathan, Jordan and Mariel; brother-in-law and sister-in- law David and Shelly Umanoff, of Boynton Beach. Memorial contributions may be made to the FSHD Society: http://www.fshdsociety.org 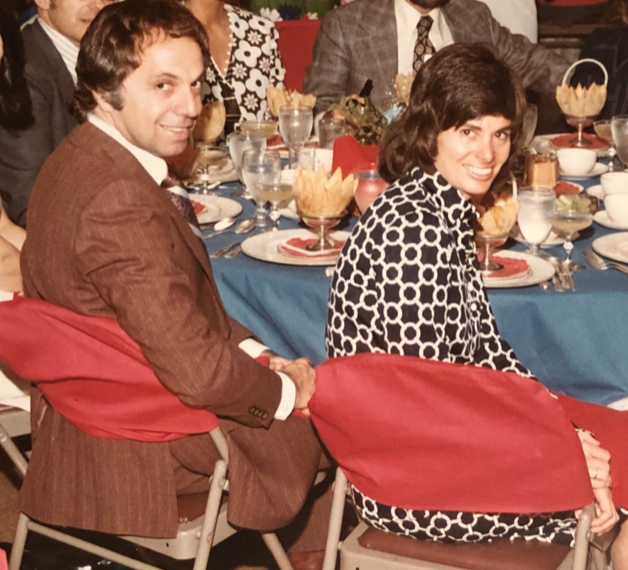 Dear Paula, Carol, Margot & Family, We are so sorry for your loss. I have so many fond memories of your dad from our childhood, including the pic below of him and your mom in the prime of life (at my brother's bar mitzvah!). Bob had that twinkle in his eye, and a playful affection for you as a central pillar in his life. I trust his spirit will live on in you, and the warm & loving memories you shared throughout his life. Sending love and a big virtual hug during this difficult time. xo
Linda Gerard & Family
Friend
August 4, 2021
Showing 1 - 1 of 1 results