ROBERT J. COHEN
FUNERAL HOME
Bernheim Apter Kreitzman Suburban Funeral Chapel
68 Old Short Hills Road
Livingston, NJ
COHEN--Robert J., 82, of West Orange, NJ, and East Orleans, MA, beloved husband of Anne Silberstein Cohen for 58 years, father of Laura and Michael, and brother of Sylvia Gangursky and Ruth Newman. Grampa Bob was determined to be the grandfather he never had, and doted on, delighted and inspired his four grandchildren Leila, Stefan, Ariel and Julian. Bob was a gregarious man and an adventuresome world traveller with a passion for archaeology, theater and the arts. Born in Philadelphia to immigrant parents Phillip and Celia, he was a graduate of Central High School, Philadelphia (Class 185), attended Temple University, earned his C.P.A., and later, at age 50 returned to academia to earn a B.A. with Honors in Humanities from NYU. He served in the Army Counter Intelligence Corps during the Korean war, was advertising director of Hat Corporation of America, former president of the Philadelphia Men's Apparel Association, and, as CFO and Partner of Waterman Advertising of NYC, was one of the true â€œMad Menâ€�. He founded and was President of Video Monitoring Services of America, where he was mentor, leader, â€œshrinkâ€� and inspiration to his employees. He fulfilled a lifelong dream with his beach home on Cape Cod, and was honorary â€œmayorâ€� of Pochet Beach. Donations may be made to the National Kidney Foundation or to a charitable organization of one's choice.

To plant trees in memory, please visit our Sympathy Store.
Published by New York Times on Jun. 23, 2011.
MEMORIAL EVENTS
No memorial events are currently scheduled.
To offer your sympathy during this difficult time, you can now have memorial trees planted in a National Forest in memory of your loved one.
Funeral services provided by:
Bernheim Apter Kreitzman Suburban Funeral Chapel
MAKE A DONATION
Please consider a donation as requested by the family.
MEMORIES & CONDOLENCES
6 Entries
Dear Ann,
How heartbroken Don was to learn of Bob's passing. Bob was a friend & great support to him. The visits that he had with Bob on Cape Cod were so very precious. We are both so sorry for your great loss. He will be missed.
With deepest sympathy,
Jackie & Don Petrilli
Jackie Costello
June 24, 2011
I started at VMS in High School. VMS was very new and I think it was only about 10 of us in the office. Bob taught me everything I know about this business and and without him Broadcast monitoring wouldn't be as it is today. He was a great man and will be missed. I wish the family well and I believe I am a much better person having known him.
Darren Rogers
June 23, 2011
Bob was a rare and decent man. Carolyn Quinn (New York, NY)
Carolyn Quinn
June 23, 2011
Bob was an inspiration to all his employees at VMS. I feel extremely lucky and grateful to have had the opportunity to work for him. If it's true that you are not what you think of yourself, but what others think of you....Bob Cohen was a great man.
Dorothy (Yankou) Evans
June 23, 2011
One of the truly good guys of the world. He will be missed.
Patrick McKeon
June 23, 2011 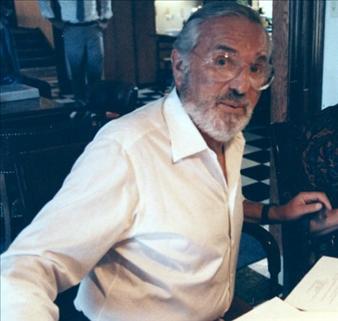 Bob was a great leader and understood how important sales people were to an organization.

My only regret is that I did not work with Bob from the start of VMS.