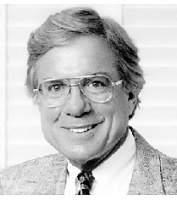 GIBBINS--Robert L. (Bob), Bob Gibbins was a pre-eminent trial attorney with an international reputation as a master in the courtroom. Bob Gibbins was also a man of intense kindness and goodwill. He was born on February 27, 1936 in Seminole, Oklahoma and died peacefully and gracefully at his home in Vermont on November 19, 2013 at the age of 77. He attended high school in Oklahoma until he left to serve in the Army. After finishing his tour in Korea, he entered the University of Texas, earned his undergraduate degree and then attended the University of Texas School of Law--all of this accomplished in a mere four years. After obtaining his law degree, Bob relocated to Plainview, Texas where he began his stellar career. His courtroom skill was quickly recognized. Bob was one of those rare courtroom talents who mesmerized juries with his good looks, deep voice, wry humor, lightning-quick intelligence and his ability to communicate with them, not talk at them. Moving his first wife and four children to practice in Austin in the early 1970'+s was a difficult decision, but a fortuitous one. Here he was able to become a truly extraordinary trial lawyer. Years after moving to Austin, Bob met the love of his life, a successful attorney named Pam Reed. Theirs was a pairing of two powerful, ambitious, larger than life personalities. During his decades long career he served as President of the American Trial Lawyers Association, Director Emeritus of the Texas Trial Lawyers Association, and President of the Travis County Trial Lawyers Association. He was a Fellow of the International Society of Barristers, the International Academy of Trial Lawyers, and the Texas Bar Foundation. He founded the Travis County chapter of American Board of Trial Advocates. His many honors included The Annual War Horse Award from the Southern Trial Lawyers Association, and the Lifetime Achievement Award and the Champion of Justice Award from the Association of Trial Lawyers of America. Bob's life changed forever, beginning in 1996. He began an incredibly difficult yet amazingly graceful 17-year battle with temporal frontal lobe dementia. Gradually, the tough attorney facade gave way to the gentle man. He spent those years as the sweetest possible person, loving completely his partner and patient care-giver, Pam Reed. Theirs has been a love story both tragic and grand. In addition to Pam, Bob is survived by the other true loves of his life, his four children and their spouses, eleven grandchildren, four great-grandchildren, his sister, his mother- and father-in-law, his sister-in-law, her husband and her children, and his brother-in-law.

Published by New York Times on Nov. 24, 2013.
To plant trees in memory, please visit the Sympathy Store.
MEMORIAL EVENTS
To offer your sympathy during this difficult time, you can now have memorial trees planted in a National Forest in memory of your loved one.
MAKE A DONATION
MEMORIES & CONDOLENCES
14 Entries
Pam, what an eloquent obituary you've written. Bob was a good man who deserved such selfless, loving and patient caregiver. I don't know how you managed.
Susan Smith
December 14, 2013
With heartfelt sorrow for your loss , I extend my deepest condolences to Pam, Bobs children and grand children. To Jim , Alice, and all who cared for him. A true LOVE story, a wonderful man. He is smiling from above I am sure Pam.

Death is not extinguishing the light, it is putting out the lamp because the DAWN has come;
With heartfelt condolences
Love to one and all
Darlene Foucher
December 12, 2013
Dear Pam,
I am thinking of you during this sad time. I met you & Bobby late in your love story, but even then it was such a beautiful thing to witness and I am so glad I got to meet you both. Bobby's heart showed through those big blue eyes. No words were needed. Much love and peace to you Pam. You are a wonderful girl. I hope you feel Bobby's presence with you always.
Love,
Lori Rogers
Lori Rogers
December 10, 2013
Dear Kyndal,
We are very sorry for your loss.
The Becker Family
December 1, 2013
Pam, what a journey you and Bob have taken together! I admire so much your steadfast devotion and your partnership throughout the years. We should all be so lucky to have what you two shared. Please know that I'm thinking of you and saying bravo for a life with Bob well spent. Much love to you.
Fanny Pearce
November 27, 2013
With gratitude and the deepest respect for such an amazing life; I send all of my love to my Grandfather, my Daddy Bobs, and to his precious Pam. So much love for you. So much.
Kristen McCalla
November 27, 2013
He was an amazing man and father. I will always miss him.
Kyndal Gibbins
November 27, 2013
Dear Pam, Janet and Lester,
Bob's life was truly a remarkable one as is yours.
As I go through memories, I recall a dinner at your house long ago. As a former East Coast city gal, I think it is perfectly natural for dinner to be delivered in boxes and transferred to serving plates. Outstanding culinary skills!
We send you a warm embrace from Lake Tahoe. Gloria and Doug Brimm
November 26, 2013
Pam - thank you for caring for our friend, Bob. He was a very good man.
John Day
November 25, 2013
I was saddened to hear about his passing and I am glad to have known him. I was a young defense lawyer when I first me him trying my first death case. He was a powerhouse of a lawyer and gave the Baker Botts guys fits! And a great character to boot. It was a pleasure to work with him. He did his damnedest for his clients. All my best to your family, John
John Emerson
November 25, 2013

I am so sorry for your loss. My prayers are for you all in this difficult time. May you find strength and peace.
Gail Atkins Parker
November 23, 2013
Bob hit Austin, Texas, like a Panhandle dust storm. He was a terrific trial lawyer and a nice man.
Shannon Irion-Morris
November 23, 2013
Amy Click
November 23, 2013
Pam, I was so sorry to hear about the passing of Bob. I have loved him since my Council years. He was appearing before us and became faint and couldn't continue. I felt so badly I sent him flowers. He sent me the a wonderfully funny "thank you" letter. He was one intelligent and hilarious guy. Emma Lou Linn
November 23, 2013
Showing 1 - 14 of 14 results