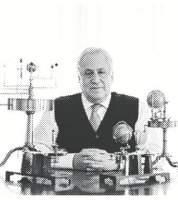 GORDON--Robert N. President of Twenty-First Securities Corporation, which he founded in 1983, has passed away on December 14th after a battle with cancer. He was 66. Before founding Twenty-First Securities, Mr. Gordon was a partner at Oppenheimer & Company. Prior, he worked at Laidlaw, Adams & Peck as senior vice president. Mr. Gordon is the co-author of "Wall Street Secrets for Tax Efficient Investing" and has published many articles on tax, arbitrage and hedging strategies. He served on the editorial advisory boards of Derivatives Report, The Journal of Taxation and Investments and The Journal of Wealth Management. Mr. Gordon was a Forbes contributor, routinely quoted in the popular press on investing topics. Mr. Gordon served as an adjunct professor at New York University's Graduate School of Business, and as chairman of the Wharton School's Securities Industry Institute in 1994 and 1995. Mr. Gordon had many roles at the Securities Industry Association, having served as an SIA director, treasurer, chairman of the Tax Policy Committee, and chairman of the New York District. He served on the Board of the John Carter Brown Library at Brown University, the Board of Collections Committee of the Adler Planetarium in Chicago, the Committee of Management of the Clements Library at the University of Michigan, and the board of the Securities Industry Foundation for Economic Education. Mr. Gordon was an avid collector of globes, celestial and terrestrial atlases, maps of the early exploration of America, and planeteria. Mr. Gordon was predeceased by his wife of 29 years, Debra Gordon. He leaves behind his beloved children Ali and Evan Gordon of New York City and his loving sister Wendy Gordon, a Warren Distinguished Professor at Boston University's Law School. A private memorial is planned.

Published by New York Times on Dec. 22, 2019.
To plant trees in memory, please visit the Sympathy Store.
MEMORIAL EVENTS
To offer your sympathy during this difficult time, you can now have memorial trees planted in a National Forest in memory of your loved one.
MAKE A DONATION
MEMORIES & CONDOLENCES
5 Entries
Robert Gordon was a legend. He took my calls re. complex options and taxes and never knew me. An amazing person who the world will miss.
christopher j dorsi
Acquaintance
September 15, 2020
Bob was a friend, mentor, and a man of the highest personal and professional standards. News of his passing is emotionally painful. Having worked with him for 10 years, I can look back with gratitude and fondness for the opportunities and support he afforded me. Our friendship lasted beyond my time at Twenty-First, and our periodic lunches and conversations remain in my heart.

My deepest condolences to his family, coworkers and alumni of twenty-First. We have all lost a true treasure.
Jeff Landle
January 9, 2020
Bob's emails and sharing of current and insightful tax information were a major contribution to understanding the often complex tax world. I always looked forward to his emails.
Dave Folz
December 30, 2019
I am deeply saddened to learn of Bob Gordon's passing. Bob was a remarkable Gentlemanvery intelligent, kind, thoughtful, insightful, and an awesome Father to his wonderful children, Ali and Evan, and exceptional Husband to his beloved wife, Debbie.

My sincere condolences and warmest regards to his wonderful Family.
Benedikte
Inger Stovall
December 25, 2019
I was very sorry to hear of Bob's recent passing. Bob gave me the opportunity to excel at XXI Securities, and I'll be forever grateful for the opportunity to have worked with Bob, and the brilliant team he assembled at XXI, for over 13 years. For decades Bob was regarded on Wall Street as the "Dean" and pioneer of tax-efficient investing.

Our lives intersected out of the office as well, as Evan and Ali attended the same private school as my two boys for a number of years. It wasn't unusual for Debbie and Evan to swing by XXI's offices after school to see Bob, when young Evan, at his father's urging, would enter my office and implore me to "please clean up the mess on your desk and get organized"! :-)

I have nothing but fond memories. Bob and Debbie will be deeply missed, but always remembered, by many, I'm sure.
Tom Boczar
December 23, 2019
Showing 1 - 5 of 5 results