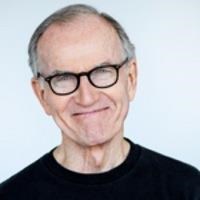 1933 - 2021
Actor and native New Yorker Robert Hogan, whose career spanned six decades, died at his home on the coast of Maine on May 27, 2021. He played everything from a helicopter pilot on M*A*S*H to a judge on Law & Order to a Marine in the original Broadway cast of Aaron Sorkin's A Few Good Men. The cause of death was complications from pneumonia. He was 87-years-old.

Born in Jamaica, Queens, the youngest of three children, Bob's childhood apartment was mere feet away from the Jamaica Avenue El, or Elevated Train. His was a childhood of rattled dishes on the dinner table as the El roared past. A gifted athlete, Bob played basketball for St. Francis Preparatory School before joining the army to serve in Korea. After his honorable discharge, Bob returned to New York to study engineering at NYU. After the first semester, however, an astute professor suggested he take an aptitude test to determine if engineering was really the best fit for the gregarious young man. The test results produced two words: The arts. As Bob would say, "That's when I gave acting a try." He was accepted into New York's prestigious American Academy of Dramatic Arts shortly thereafter.

In California and New York, Bob appeared in more than 100 primetime shows as well as nearly every daytime drama on the air. Off and on Broadway, as well as countless regional theaters, he performed in plays by Shakespeare, Chekhov, O'Neill and many others, winning the Outer Critics Circle Award for his performance as famed attorney Clarence Darrow in the real-life drama about the shocking Leopold and Loeb murder trial, Never the Sinner.

Despite a Vascular Alzheimer's diagnosis in 2013, Bob was determined to successfully LIVE with his illness. With support from his wife, novelist Mary Hogan, and multiple resources from organizations like DOROT in New York City, the Alzheimer's Association and others, he was able to work and thrive many years after his diagnosis. No small feat for an actor who memorized lines for a living.

Bob is survived by his wife of 38 years, Mary Hogan, three children from a previous marriage to fine artist, Shannon Hogan: Chris, Stephen, and Jud-all living in Southern California-and two grandchildren Susanna and Liam. In lieu of flowers, the family requests donations made to the two not-for-profit organizations that gave Bob a fulfilling later life: DOROT in New York City and the Alzheimer's Association.
Published by New York Times from May 30 to May 31, 2021.
To plant trees in memory, please visit the Sympathy Store.
MEMORIAL EVENTS
To offer your sympathy during this difficult time, you can now have memorial trees planted in a National Forest in memory of your loved one.
MAKE A DONATION
Please consider a donation as requested by the family.
MEMORIES & CONDOLENCES
Sponsored by Mary Hogan.
12 Entries
Rest in peace in Another World of eternal love and life.
Nomy Jackson
June 27, 2021
My condolences to you and your family in the passing of Robert. I have no doubt he considered himself extremely fortunate to have had the love you all gave him and that he in gave in return. So richly deserved.

James Carmichael
June 13, 2021
Much sympathy to the family. A great actor and very respected human who brought joy to many. While I never met the man I appreciate what he brought to this world. Rest In Peace, Mr Hogan.
Jackie Lazar
Friend
June 4, 2021
I will miss your appearances on programs. I think you were a wonderful actor, especially in my favorite story - "Old Man" episode on Gunsmoke. Thank you for giving us so much with your talent. You are still loved.
Linda A Hardy
June 3, 2021
I'm sorry to hear he has passed away. He was a memorable actor, and I am glad he was able to enjoy his career and the gentle appeal of the Maine Coast into his later years.
Marie
June 3, 2021
He leaves a lifetime of acting in great roles that I hope many generations enjoy and cherish. I've watched his performances from the 1980s until now. Alzheimer's erases your life but I'm so happy that he received such great support from the organizations and especially his family and friends.
Sherri Rosen
June 2, 2021 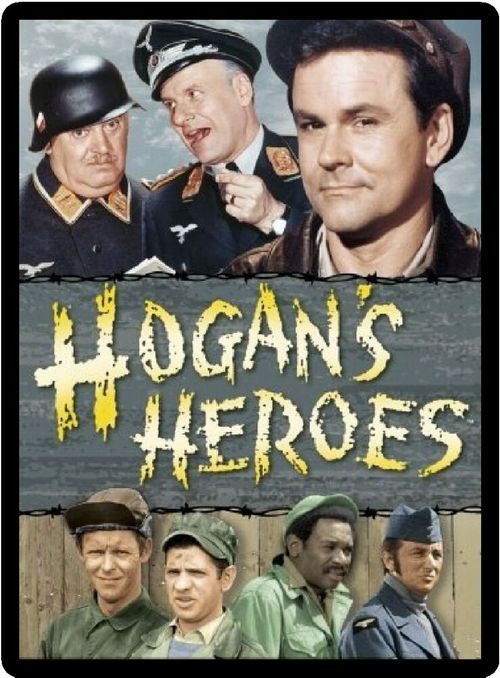 Hazel, The Donna Reed Show, Gomer Pyle: USMC, The Twilight Zone and Dr. Kildare in the 1960s; I Dream of Jeannie, Gunsmoke, The Mary Tyler Moore Show and Hawaii Five-O in the ’70s; T.J. Hooker, Laverne & Shirley, One Day at a Time, The Fall Guy and Magnum, P.I. in the ’80s; Cosby and Now and Again in the ’90s; and three Law & Order programs in the 2000s.
Grady Morris Youngblood
June 2, 2021
I liked Robert's acting and remember him very well from SECRETS OF MIDLAND HEIGHTS. I also saw him on his ALICE episodes and his four eps of MURDER, SHE WROTE. He had a great career.
TAMMIE FLOWERS
June 2, 2021
I remember you and enjoyed your work. RIP and sympathies to your family and fans.
Louise Wisinski
Acquaintance
June 2, 2021
I've been a huge fan of M*A*S*H for many years, which is the only place I've seen his talents as an actor. There's only one thing to say about Robert. R.I.P. Smilin' Jack Mitchell.

My sincere condolences to his family and others close to him.
June 2, 2021
Dear Mary, your Love, yours and Bob’s is an inspiration. I am heart broken to hear the news. I keep such meaningful memories of Bob’s humor and lightness and kindness and care. I am so grateful to have worked with Bob and to have shared time with both of you on e upper west side. God bless you and your family in this time of profound loss. Jackie and I hold you in our hearts and prayers.
Bernard White
June 1, 2021
Mary, as you know, Bob and I worked together and have laughed together ever since Three for Tahiti. He was one of the brightest, drollest men I've ever known, and I only wish that in these latest years we'd seen each other more often. My deepest condolences to you and the family. Alan Oppenheimer
Alan Oppenheimer
May 31, 2021
Showing 1 - 12 of 12 results