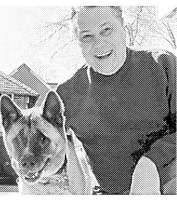 passed away on the December 21st winter solstice, which is a celebration of being "born again"--not of flesh, but of the spirit. He courageously fought brain cancer for 18 months, remaining eloquent, dignified, gracious and flirtatious, until the very end. Despite a difficult childhood and the untimely death of his mother, Bob led a life of leadership and service to others. He graduated from Copiague High School in 1971. He was editor-in-chief of the student newspaper, The Maverick, garnering numerous awards. He spearheaded the fight against school newspaper censorship, leading him to take on state politicians in Albany which included a colorful exchange with Governor Rockefeller! He graduated with a Bachelor of Arts in Political Science from Syracuse University in 1975. After moving to NYC, he enjoyed brief political successes before catching the real estate bug. He went on to study Real Estate Finance at Columbia University Graduate School of Business, earning his degree in 1982. Soon afterwards, he established his practice and became one of the top real estate appraisers in the state of New York. His keen sense for the booming market led him to purchase a condo at auction on the upper west side, at Columbus Common. Serving as Board President for ten years, he was instrumental in knitting together a cohesive and friendly community, creating opportunities for strangers to become friends. He was well known for his beautiful terrace garden, and he loved hosting weekly dinners with his friends, which came to be known as "family dinners". He opened his home, heart and wallet to friends and animals in need, providing shelter, food and comfort. He gave generously without a desire for acknowledgement or recognition. Bob was a passionate animal advocate adopting numerous cats and dogs throughout his life. He always had a treat in his pocket for every dog he met on his daily walks through the neighborhood and Central Park. His beloved Akita, Bella, was the motivation behind the fight to keep off leash privileges for dogs in NYC parks when the city sued to ban it forever in 2006. As president of NYCDOG, Bob brought thousands of people together and led a victorious campaign that resulted in the 9pm to 9am off leash privileges. Every dog owner in NYC owes a huge debt of gratitude to Bob Marino for this remarkable achievement. His close friends describe Bob as: handsome, charming, intelligent, unwaveringly loyal and fair, great listener with a huge heart, unfiltered sense of humor, lover of all blondes, playfully naughty, staunch Democrat, and matchmaker of people and animals. All of his friends' children regarded him as a beloved uncle. He never had an unkind word to say about anyone, unless they were Republican! He is survived by his loving sister Mary, who was his fierce advocate and caretaker for the last part of his life, his father and stepmother, five additional siblings, and extended family. In addition, Bob leaves behind hundreds of friends across the globe, whose lives he has impacted and changed for the better. A celebration of life was held for Bob this past May at his favorite restaurant in NYC, with over 200 people and animals in attendance. Ever generous, Bob donated his body to Rutgers University for research. Bob's final wish is for everyone to share their lives by adopting rescue pets who need love. For those who prefer to donate as a tribute to Bob, he encouraged and helped sponsor a new animal rescue in 2012 -Home Sweet Home of Long Island, 273 Walt Whitman Road #343, Huntington Station, NY 11746.

Published by New York Times on Dec. 28, 2014.
To plant trees in memory, please visit the Sympathy Store.
MEMORIAL EVENTS
To offer your sympathy during this difficult time, you can now have memorial trees planted in a National Forest in memory of your loved one.
MAKE A DONATION
MEMORIES & CONDOLENCES
28 Entries
We miss Bob and his wonderful personality. I'm sure we would have had some interesting conversations about the past four years! Bob was such a strong voice and advocate for animals. It is incumbent upon all of his friends to continue his legacy of animal welfare. We send our love to Mary and wish everyone a Merry Christmas and a healthy, happy and peaceful New Year.
Paula and Jeff
Friend
December 22, 2020
Bob was an incredible person and I will miss him
Allison Conway ( Columbia B School friend)
Allison Carey
January 18, 2015
Another lovely gathering held in your honor yesterday at your cousin's NYC home. Your sister, Mary gave a wonderful eulogy and we all felt your presence. Miss you terribly, Bob. xoxo
Elena Acquadro
January 12, 2015
Bob, we miss you, your smile and your great personality. You were such a compassionate and beautiful man. I know you have so many furry friends keeping you company in heaven. Love you.
Paula & Jeff
January 11, 2015
We miss you, Bob. Dearly.
January 8, 2015
Miss you, Bobby. A great friend and champion of impossible causes.
Mary McInerney
January 7, 2015
I din't really know Bob, but I know from high school, he seemed like a kind soul, always with a smile. My prayers are with the family.
nancy fisher
January 3, 2015
You certainly left a legacy. You are now at peace and with allot of our loved ones. May your family and friends find comfort now and begin to heal. You will always be remembered by me for that beautiful smile you always had. God bless you Bob. You truly are one of a kind.
Suzanne Bucaro
January 2, 2015
A friend to all the animals. You are missed.
Michelle Smetana Gormley the
December 31, 2014
To the family and friends of Robert. May the memories of your dear loved one comfort you in the days to come.
December 31, 2014
Michelle Tasber
December 30, 2014
I miss you Bob! The coffee pot is on waiting for a visit from you
Rena Schuck
December 29, 2014
Bob helped so many of us in so many ways. He will never be forgotten and will always be remembered with love and gratitude.
Anna Orjuela
December 29, 2014
The world is better because he was in it!
Dorie Sparkman
December 29, 2014
It is so sad to lose such a Compassionate, Noble and Generous Soul. Far too soon. It is obvious you have been a Light in the World; and Leave One Lit Steadily Still.
December 29, 2014
What a true pleasure to have known such a beautiful soul...Bob's love and light will continue eternally!
Lori Marshall
December 28, 2014
I didn't know you personally, but I sure wish I had! Fly with the angels, Bob....you're in God's arms now.
kris pedersen
December 28, 2014
You will always be remembered and never forgotten, Bob!
Bill Murawski
December 28, 2014 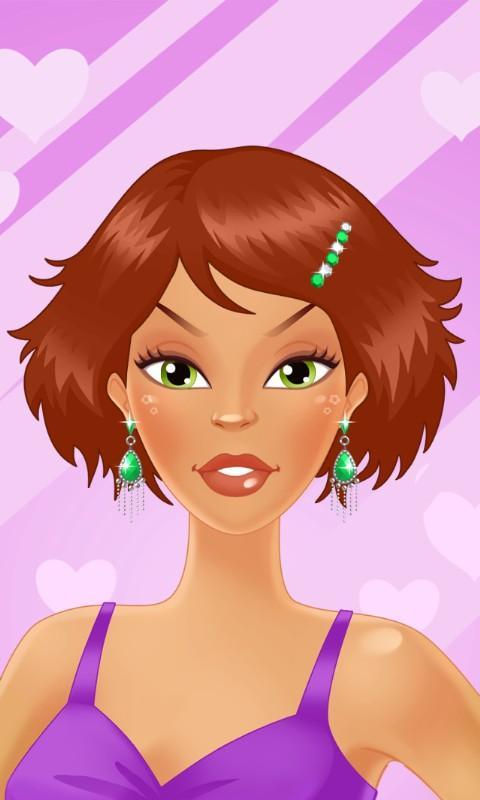 So sad to learn of your moving on. Brunches and dinners with you were always fun. Your love of Bella was legendary. Never tired of your adventure being arrested in Central Park because Bella drank from the public fountain, being hauled off to jail without a dime in your pocket because you were out walking your pooch, in the dead of night, in your p.j.'s and no I.D., money (no pockets). Your greatest worry was that Bella was impounded. Well, you made it through, because you always had loyal friends. I loved your Condo and conferring with you for hours as to what you were going to do with it. I was flattered that you incorporated some of my advice. You were sweet, gentle, a handsome and amusing friend/escort for so many of your gal friends. Biggest kick was our ongoing head-to-heads on politics and issues, both domestic and International. Although we agreed on much, you were a delicious, passionate adversary when we disagreed. We carried on this bantering via e-mail for many years after I left the Apple. I hope you find many furry friends up above to keep you company and slobber wet kisses through Eternity.
Leona Zions
December 28, 2014
Gone to soon Bob. May your generous spirit shine on in all of us whose discussions with you (I so miss those) were meaningful and with your family who have loved you from the beginning. Save a seat for me ~ discussions to continue when I get there.
Debra Straka
December 28, 2014
Bob my dear friend for 40 some odd years. We had some great times together, never knew u were so sick. Thanks so much for your friendship and the beautiful roses u gave me at my 70th birthday. I will surely miss u love you and get an array of dogs up there.
December 28, 2014
I shall always miss your spirit of goodness You are love by all who have had the pleasure of knowing you.
sybil ward
December 28, 2014 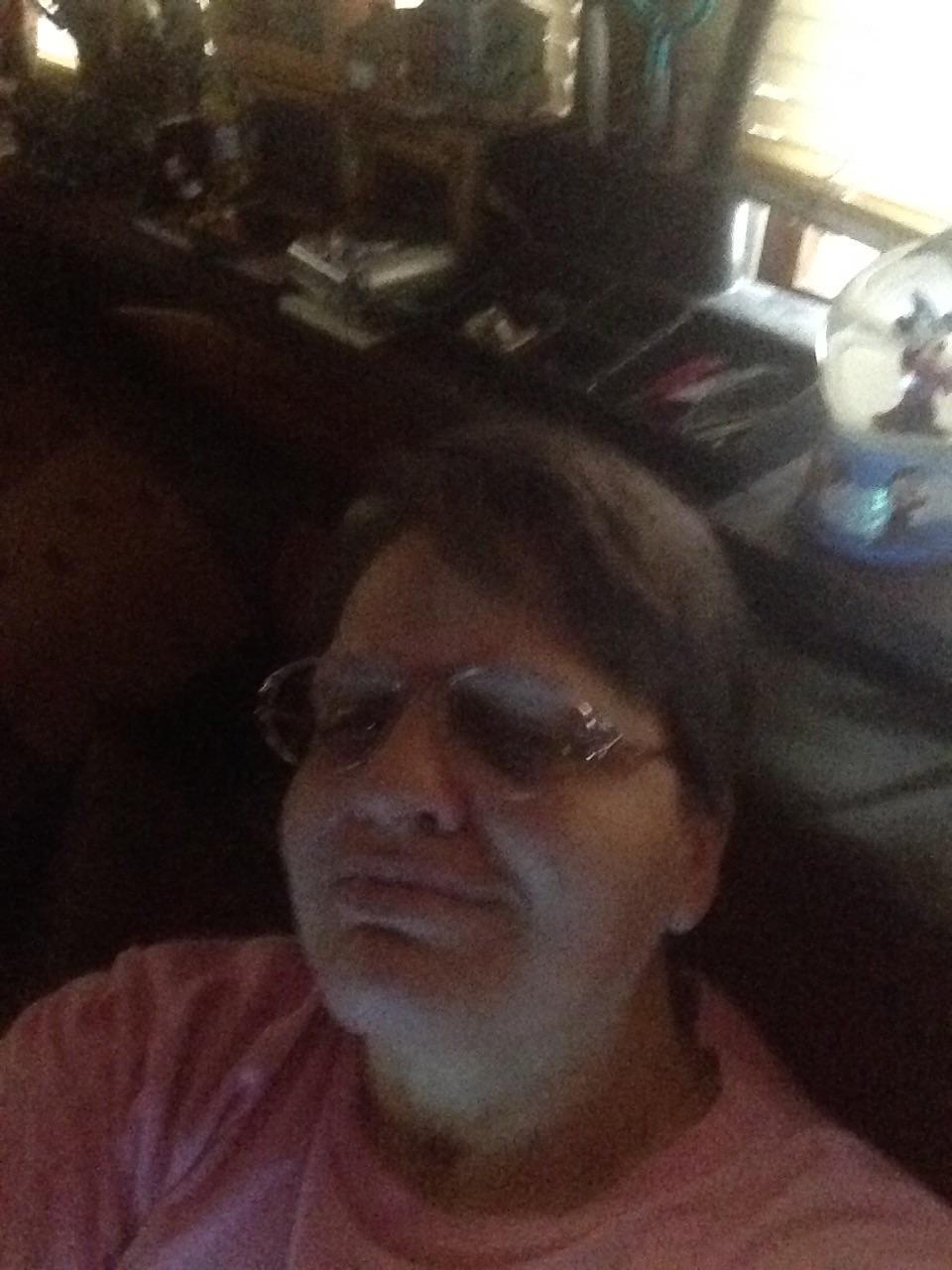 I can't believe you are gone. We hadn't spoken in about a year when I heard you we're I'll. I know you are in good company as I am sure Al waited at the gates of heaven to greet you. Even though we hadn't spoken in so long I will miss you greatly. You were a friend to me when others weren't there and for that I will always love you Robert Marino. I look forward to you meeting me at the gates of heaven when it is my time, until then thank you for being such a special person in this world!
Marie Lemmon
December 28, 2014
I will always remember your generous, shining spirit. I know you're home, now.
Robin Vigfusson
December 28, 2014
I learned much from you, Bob. I'm thankful that our paths crossed. Rest in peace friend.
Miguel Chavez
December 28, 2014
Rest in peace Bob ... Thanks for everything you did for everybody and especially their pets.
Margo Sorace
December 28, 2014
Forever I will miss you and your encouragement. A very kind gentle soul - til we meet again. Thank you.
Deborah Punger-Triolo
December 28, 2014
The heavens have a new angel.....Your spirit remains alive here in the world you left behind way too soon. Love and prayers go with you my friend. With love, Ginny
December 28, 2014
Showing 1 - 28 of 28 results