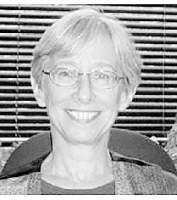 BEM--Sandra Lipsitz. Emerita Professor of Psychology at Cornell, past director of Cornell's Women's Studies Program, and a psychotherapist, peacefully ended her own life at her home in Ithaca on May 20, 2014, one month before her 70th birthday. She had been diagnosed with Alzheimer's Disease in 2010, and made known at that time her intention to end her life while she could still do so without assistance if and when the disease became too debilitating for a meaningful quality of life. Sandra was born and raised in Pittsburgh, PA, and received her bachelor's degree in psychology from Pittsburgh's Carnegie Institute of Technology in 1965-now Carnegie-Mellon University (CMU). During her senior year, she met and married Daryl Bem, a new assistant professor there. In 1967, she received her PhD in psychology from the University of Michigan and joined Daryl on the faculty at CMU. In 1969, they joined the Psychology Department of Stanford University, where Sandra initiated her research on gender. In 1978, she was hired by Cornell University as Professor of Psychology and Director of the Women's Studies Program. She and Daryl remained on the Cornell faculty until their respective retirements in 2010 and 2007. Sandra received several honors for her scholarly work. She received the American Psychological Association's Distinguished Scientific Award for an Early Contribution to Psychology (1976), the Association for Women in Psychology's Distinguished Publication Award (1977), and the American Association of University Women's Young Scholar Award (1980). Her 1993 book, The Lenses of Gender: Transforming the Debate on Sexual Inequality, was honored by the Association of American Publishers as the Best Book in Psychology for that year. In 1998, she published An Unconventional Family, a memoir of her marriage to Daryl and their strategies for raising their two children to be as free of the society's gender constraints as possible. Both Sandra and Daryl were activists in the feminist movement and frequently spoke together publicly on sex roles in contemporary America. Sandra served as an expert witness in two notable sex discrimination cases: one filed by the National Organization for Women (NOW) against the Pittsburgh Press for segregating classified job listings into "Male Help Wanted" and "Female Help wanted" columns. The Press lost the case and appealed the decision all the way to the Supreme Court, which ruled 5-4 in favor of NOW. Sandy also appeared with Daryl as an expert witness in a hearing before the Federal Communications Commission in 1972, which had charged AT&T of discriminating against women. In a widely publicized settlement, AT&T agreed to modify several of its practices. The Bems' testimony is described in detail in Stockford's 2004 book, The Bellwomen: The Story of the Landmark AT&T Sex Discrimination Case. In 1997, Sandra enrolled in Rutgers' Psy.D program and, in 1980, received her license to practice psychotherapy in New York State. She then opened a part-time psychotherapy practice in Ithaca. Sandra was predeceased by her parents, Peter and Lillian Lipsitz. In addition to Daryl, her husband of 49 years, Sandra's survivors include her daughter Emily Bem (Julius Viksne and their 17-month-old son Felix Viksne Bem), son Jeremy Bem, sister Beverly Lipsitz (Roz Basin and their son Ben Basin), brother-in-law Barry Bem and sister-in-law Robyn Bem. Her final months were considerably brightened by her delight with her new grandson, Felix. In lieu of a funeral or memorial service, the family met as a group with Sandra two days prior to her death to share their thoughts, feelings, and reminiscences with her and each other.

To plant trees in memory, please visit our Sympathy Store.
Published by New York Times on May 25, 2014.
MEMORIAL EVENTS
No memorial events are currently scheduled.
To offer your sympathy during this difficult time, you can now have memorial trees planted in a National Forest in memory of your loved one.
MEMORIES & CONDOLENCES
Sponsored by Grateful feminist psychologists.
37 Entries
I often think of Sandra's sad end but am so grateful to have known her and her husband Daryl when I was a Cornell Student in the late 1970's. May she and her loved ones know peace.
Carol Erhardt
Student
May 17, 2020
I was one of Sandy's undergrad students at Cornell in the late 1970's. Her discussions of gender roles and how she and her husband Daryl lived their married life were mind blowing to me. I was raised very conventionally and her impact on my worldview was profound.

May she and her family be at peace now that she is gone.
Carol Erhardt
January 9, 2015
I am so saddened to hear of Dr. Bem's passing. I was a psych major at Cornell in the early 90s and took classes with both Sandy and Daryl. You are professors that are never forgotten. I am now a biology professor and still use examples of what I learned in my psychology classes. My thoughts are very much with you and your family.
Jacqueline Krueger
October 4, 2014
I have taught Dr. Bem's theory in psychology courses for years. I know of no other feminist or psychologist with such a simple, logical, and profound message. Peace and love to her survivors.
Gregory Roberts
August 6, 2014
I consider Dr. Bem to be my intellectual grandmother due to her outstanding contributions to gender role personality research. I am forever indebted to her for her work. Thank you for broadening the conversation.
Herb Coleman, Ph.D
July 24, 2014
To BOTH Drs. Bem, I am now a university instructor and can only DREAM that I will have the lasting impact you two had on me as a 1970's college student! Thank you.
Linda Martin-Morris
July 17, 2014
Thank you Dr. Bem for your contributions to Gender Studies and to NPR (6/23)for doing such a marvelous piece on your end of life decisions and process. Such Courage.
Jessica Kohout
June 24, 2014
I admired Sandra and her work inspires me daily. She was a courageous woman and a role model to all of us.
Amy Sloan
June 23, 2014
Dr. Bem has greatly influenced the field. I admire her scholarship greatly and am thankful for her dedicated work.
Carmen McLean
June 16, 2014
It was 1070 and in her Psychology of Women course at Stanford, Dr. Sandra Bem led me and my classmates on a journey of discovery and creativity. Sandy became my dissertation adviser and although we didn't always understand each other, as a feminist her support for me was steadfast. Her contribution to my career as a college professor was significant. A keen, incisive intellect, her story reminds me that Alzheimer's can strike anyone. Along with her family, Sandy faced this devastating disease with courage and dignity. Once again she leads us into the future.
Hedva Lewittes
June 3, 2014
Sandra Bem was an enormously important scholar and contributor to our understandings of gender. I'm sure she had a lot more to say, and I'm truly sorry that her life ended so soon.
May 29, 2014
I met Sandy in 9th grade. She was instrumental in our friendship in always encouraging me and tutoring me in math and Latin on the telephone after school. She was second in a class of over 400. In 11th and 12th grade she also became a good friend and I spent many hours and sometimes days at her house as she and her mother became my encouragement to be academic and achievement oriented, encouraging me to go to college and helping me work through growing issues due to twinship. We continued to be close friends in college and her philosophy and work towards the achievement of women became my mission as well.

Of course, we cannot overlook the big impact she had on me. After I came back from college and was working a couple of years, I also decided to go to graduate school, something I would not have done without her encouragement and constant validation of my perceptions and intellectual abilities. At the same time, as she was now a professor at Carnegie Mellon, the best respect she showed me was to introduce me to Stan who was then a colleague of hers. She and Daryl held an engagement party for the two of us as we decided not to have a wedding and were married by a judge.

We did not have much contact after that but I did learn at the high school reunion that she was not well. I was so sorry to hear that but know that her friendship with me and her work with so many people lives on in her legacy.

It was an honor to know her and I have always been appreciative of the time and energy she gave to me and so many others.