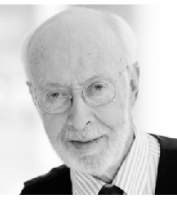 NATHENSON--Stanley G, M.D. Albert Einstein College of Medicine of Yeshiva University is profoundly saddened by the death of Dr. Stanley G. Nathenson, the Samuel H. Golding Chair in Microbiology and distinguished professor of microbiology and immunology and of cell biology. His work provided seminal insights that contributed to making transplantation a routine medical practice to treat patients with failing organs. A renowned immunologist, Dr. Nathenson, 79, helped define the immunological basis for organ transplant rejection and for decades played a leading role in discovering the molecular and cellular mechanisms that are responsible for the activation of T cells and initiation of the immune response to pathogenic viruses, transplants and tumors. Throughout his career, Dr. Nathenson focused on critical questions and developed new methodologies that have greatly advanced our understanding of cellular immunology and graft rejection. Before joining the Einstein faculty in 1965, Dr. Nathenson received his BA from Reed College and MD from Washington University School of Medicine. He pursued further training at the National Institutes of Health and the Queen Victoria Hospital, East Grinstead, Sussex, England. In 1973, he became a professor in the departments of microbiology and immunology and of cell biology at Einstein. He held many leadership positions at the medical college, including director of the immunology and oncology training program, through which he trained more than 80 young scientists, many of whom advanced to respected positions in academia and industry. Dr. Nathenson served on various government committees and editorial boards and received numerous awards for his innovative research, including election to the prestigious National Academy of Sciences in 1988. The research he conducted over nearly 50 years, which resulted in close to 250 publications, represents a stunning contribution to the field of immunology. Dr. Nathenson continued to display his trademark creativity up until the week before his death. The research achievements of Dr. Nathenson exemplify the college's tradition of turning science into knowledge that expands the understanding of the human body and improves the lives of patients. Einstein staff members and colleagues extend our deepest condolences to his wife, Susan, of Pelham; his two sons, John and Matthew; his four grandchildren; and his two siblings, Howard and Lee Rose. A funeral will be held at noon on Tuesday, October 16, 2012, at John J. Fox Funeral Home, 2080 Boston Post Road, Larchmont, NY 10538. Allen M. Spiegel, M.D. The Marilyn and Stanley M. Katz Dean Albert Einstein College of Medicine of Yeshiva University

Published by New York Times on Oct. 16, 2012.
To plant trees in memory, please visit the Sympathy Store.
MEMORIAL EVENTS
To offer your sympathy during this difficult time, you can now have memorial trees planted in a National Forest in memory of your loved one.
MAKE A DONATION
MEMORIES & CONDOLENCES
4 Entries
Dear Dr. Nathenson's family,
Our sympathy for your loss. Let me just briefly say that some of my most treasured times in graduate school were those hallway talks I had with Dr. Nathenson. A bright scientist and a gentle soul, generous with his time - almost making you feel important-. His legacy is alive in many of us, and is fair to say, it has already reached all corners of the world.
Daniel (4yo) , Nikoletta MD PhD & Alejandro PhD
October 17, 2012
Susan, I am so very sorry for your loss. Stan was a brilliant scientist and a lovely person. He will be missed very much on MDI.
Jeannine Ross
October 17, 2012
Here was a member of our WUMS class of 1959 who was an outstanding scientist, mentor, and citizen.
Marilyn & Bob Bookchin
October 16, 2012
Susan, John , and Matthew,
Our sympathy for your loss. I will remember Stan as a supportive and enthusiastic mentor. Judy and I remember our time in NY as one of the most productive periods of our lives, largely because Stan and you made us feel welcome.
John Martinko
October 16, 2012
Showing 1 - 4 of 4 results