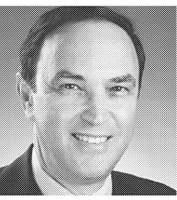 Modest, witty, bright, and always interested in others, Steve died on December 30 at the age of 73 of complications of frontal lobe dementia. Raised in Scarsdale, NY Steve left to become a Yale man. He graduated summa cum laude from Yale College in 1964, earned an LLB from Yale Law School in 1968, and watched his daughter graduate 31 years later. Building on his interest in environmental preservation, Steve and his wife, Betty Fluegelman Kahn, funded a scholarship for international students at the Yale School of Forestry. Steve adored and excelled in his legal career. He was a critical player in establishing the intellectual property practice as a partner at Weil Gotshal & Manges, LLP. He taught and lectured at Yale, Stamford, Brooklyn and New York law schools, among others. After retirement, Steve dedicated himself to pro bono work including refugee resettlement with The List Project and IRAP, child welfare with Save the Children, and global change initiatives with Idealist.org where he served on the Board of Directors. Steve had a rich life beyond his work. He and Betty loved living in Park Slope, Brooklyn where they raised their daughters, Melissa Kahn White and Amy Kahn Mann. He prioritized family and was actively involved in his daughters' lives, supporting them unconditionally and embracing their husbands and four grandchildren. He and Betty took time to travel to places off the beaten path, often with their unique book club, the PSSORS. Steve loved photography and architecture, flew gliders, spoke Russian, and ran miles around Prospect Park while training for the NYC Mara- thon. Steve listened deeply to what people said, and they felt it. More than his professional accomplishments, he will be remembered for his gentle and kind nature. He will be greatly missed by his entire family and everyone whose life he touched. A celebration of Steve's life will be held in the Spring. Donations in Steve's memory can be made to the Kahn scholarship at the Yale School of Forestry & Environmental Studies and or the Neurofibromatosis Clinic at Boston Children's Hospital.

Published by New York Times on Jan. 8, 2017.
To plant trees in memory, please visit the Sympathy Store.
MEMORIAL EVENTS
To offer your sympathy during this difficult time, you can now have memorial trees planted in a National Forest in memory of your loved one.
MAKE A DONATION
MEMORIES & CONDOLENCES
9 Entries
One of the finest human beings I ever had the opportunity to know, work with, respect and admire. I’m so sorry to be learning of Steve’s passing three years after the fact.

What a great soul...would that we could all be like him.

R. Duff Thompson and Family
R. Duff Thompson
Friend
December 19, 2020
You were an inspiration to me and many. Your wisdom, mentorship, and profound kindness have helped shaped my career and personal life today. Always thinking of you and family.
Geofrey Mwanjela
Friend
January 12, 2020
Always thinking of you, Steve ....you were the best older brother I could have had!
Susan Kowalski
Brother
January 2, 2020
joyce and joe gelb send their regrets and condolences to Betty and the family.
January 24, 2017
I met Steve and Betty when we moved next store to them in Park Slope in 1970. Steve was a running buddy, meeting up with me and several others 6 days a week at Prospect Park for decades. He was intelligent, kind, warm and one of the most special people I have ever known. I was very sad to here the news and will miss Steve very much. My heart goes out to his wonderful wife Betty and the rest of his extended family. His two daughters were always a top priority for Steve and he was truly devoted to them and Betty.
Sincerely,
Karl Kunz
Karl Kunz
January 12, 2017
A wonderful and caring friend - who's interest in helping others shone though in all that he did.
Peter Crane
January 10, 2017
It is with such sadness that I received the news of passing of my best friend, a more like father to me, a benefactor and a relative. I was so privileged to have known Steve, his work and most of all his family, who over the years have become part of my family. His passing has definitely left a huge gap in my heart and the society. But it is with great pleasure that I celebrate his life that I was so privileged to know him during my study at Yale and beyond. Steve's intellectual knowledge, his personality and sense of humor went beyond his work and family. I have learned a lot from Steve throughout the time that I have interacted with him particularly to be a good person, to care and love others and to help those in need. His wife, Betty, has also been such a tremendous help in my life while at Yale and beyond. I will always treasure their support of what I have become today. To Steve, you will always be remembered and do Rest in Peace. To Betty and family, do please accept my very deep condolences and love. May God rest Steve's soul in peace, Amen.
Geofrey Mwanjela
January 9, 2017
Lived next to him during high school and new, even back then, that he was a special person. Just didn't know how special until I read the posting in the NY Times.
David Mandel
January 8, 2017
Steve was a wonderful older brother to me, always kind and gentle. Many of the triumphs I read about today were unknown to me. Steve was a caring, sweet man, and will always be in my thoughts.
Sue Kowalski
January 8, 2017
Showing 1 - 9 of 9 results