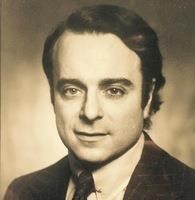 Born and raised in Manhattan, Steve brought passion, determination, fun and a wonderful sense of humor to all aspects of life – including business, piano, football, his many life-long friendships and most importantly, being a father. He did not let his disease define him and fought hard so he could make the most of his time with family and friends.

A graduate of Riverdale Country School, Yale University and Harvard Business School, he joined Lane
Bryant in 1964, where he rose to become President and a Director. After Lane Bryant, Steve embarked on various ventures in the flower industry until retiring due to his advancing Parkinson's symptoms.

A funeral will be held at Mt Carmel Cemetery, Tuesday Feb 11th at 11:00 AM, Queens, New York. A memorial service will be held at a later date. In lieu of flowers, donations may be made to The Michael J. Fox Foundation to support the fight against Parkinson's disease.
Published by New York Times from Feb. 10 to Feb. 11, 2020.
To plant trees in memory, please visit the Sympathy Store.
MEMORIAL EVENTS
To offer your sympathy during this difficult time, you can now have memorial trees planted in a National Forest in memory of your loved one.
MAKE A DONATION
Please consider a donation as requested by the family.
MEMORIES & CONDOLENCES
3 Entries
was a very nice to me ,My condolence goes out to the Kaplan family n my good friend Ms Brenda
Abby
Friend
July 8, 2020
Dear Brenda, Michael, Nick and the Kaplan extended family, It was with a heavy heart to hear of Steven passing. We have such fond memories of all the fun we had on the farm.Ed has retired (4 12yearsago) so we are no longer on the farm. Please accept are most sincere sympathies at this time. Steve RIP. Fondly, Cathy & Ed Schoonmaker
February 15, 2020
I was saddened to hear of the passing of my camp bunkmate and opposing color war captain (his team won!). While we had fallen out of contact, the name Stevie K Kaplan (there was a Stevie C) came up frequently in camp conversations. He was a brilliant modern-major general in the camp production of Pirates of Penzance, a good friend, a witty and funny guy, a good canoe trip companion, and a wonderful bunkmate over the 5 years we were in the same 4-camper bunk together at camp. My condolences to his friends and family.
Phil Lilienthal
February 12, 2020
Showing 1 - 3 of 3 results