Tim made an indelible mark on the Washington, D.C. theater scene as a prolific playwright, and nationally as a writer for children's TV shows and books.

Tim's career took off after he earned a B.A. from Oberlin Conservatory and an M.A. from the University of West Virginia, both in piano performance.

Recipient of a National Endowment of the Arts grant, Tim embarked on a seven-year career as Playwright in Residence for the New Playwrights' Theatre in Washington, D.C., from 1976 to 1982. There, he was the composer, lyricist, pianist and musical director for thirteen zany, catchy musicals and plays, from Sirocco to Nightmare!! and Dear Desperate. Scripts, scores, audio and video recordings of Tim's work will be in the New Playwrights' Theatre Archive at the Smith Performing Arts Library of the University of Maryland, College Park. See highlights from Tim's days at NPT at
http://www.hbagdasian.org/new-playw
rights-theatre/tim-grundmann/

His books in the Doug Chronicles series were published by Disney Press. He was part of the creative team behind Pee-wee's Playhouse on CBS and developed the HBO comedy Norman's Corner with Seinfeld creator Larry David. As head writer and story editor for the Disney Channel's New Mickey Mouse Club and Nichelodeon's Doug, he guided scripts from concept to final draft.

In New York, Tim composed, performed and recorded for ballet, including several CDs with David Howard.

The second of six children, Timothy Michael Grundmann traveled throughout Europe and the U.S. as the dependent of an Air Force pilot turned military diplomat. Tim's first language was Greek, because of his father's posting in Athens. Ironically, Tim's hand was seriously injured in an escalator accident as a toddler. Thanks to a gifted surgeon, he develop a keen interest in the piano in Germany. He would often take back-to-back lessons when his brothers were conveniently unavailable, leaving the teacher, Frau Koch, exhausted. Tim continued his studies as the family moved to Rhode Island and Virginia, where he simultaneously attended McLean High School and studied piano theory at American University. Throughout high school, Tim was in the Madrigal Singers and was involved in the theater and music departments, often accompanying productions.

Donations to Make-a-Wish Foundation with cards to [email protected]
Published by New York Times from Dec. 21 to Dec. 22, 2015.
To plant trees in memory, please visit our Sympathy Store.
MEMORIAL EVENTS
To offer your sympathy during this difficult time, you can now have memorial trees planted in a National Forest in memory of your loved one.
MAKE A DONATION
MEMORIES & CONDOLENCES
Sponsored by Maureen (Mimi) Grundmann Rozes.
35 Entries
Tim was a remarkable musician, composer, lyricist and playwright. He is missed. I produced 13 of his shows at New Playwrights Theatre, the last in 1983. We stayed in touch and had many great phone conversations. I miss him very much. I am very happy that I have pictures, recordings and, in come cases, videos of his shows that remind me of his brilliance. May you rest in peace, dear friend.
Harry Bagdasian
December 16, 2020
Tim brought so much pleasure to all of us at New Playwrights' Theatre. We produced 11 shows with book, music and lyrics by Tim. I had the pleasure of directing DEAR DESPERATE. IO think of Tim often. I miss our long phone visits. They were informitive and fun. God Bless you, Tim. Rest in peace (unless you choose to pull pranks on us from the other side), XOXO HarryB
HARRY BAGDASIAN
December 15, 2019
Tim was a neighbor and friend I lost track of him when he moved to New York and was stunned to hear of his passing.What a sweet, kind and uber talented man!He was a favorite coffee companion and was a very popular local celebrity.Private and kind in many ways.
October 27, 2019
I never met Tim in person, but I wrote the piece he played on Jeff Probst's show (mentioned in the obituary) when I was 12 years old. A few times before the day of the show, Tim called to ask questions about the piece and its performance. Even though I was 12 years old, Tim was very warm and gracious on those phone calls, treating me with professional respect, encouraging me to continue composing, and never talking down. What a truly inspiring man, and I'm grateful for the nudges he gave me during the brief time our paths crossed.
Caleb Nelson
Acquaintance
June 16, 2017
I just recently found out about Tim Grundmann's passing. It hit me like someone punched me in the stomach. I was so lucky to have worked on almost all of Tim's brilliant musicals that were produced at New Playwright's Theater in Washington, D.C. I just HAD to be a part of them. They made me laugh so hard that many times I thought I would fall off my spotlight perch. I had so much fun working with everyone associated with them. I also gave Tim a cat which he named Eddie! Rest in Peace dear Tim. You made a lot of people smile and you will be missed forever. I will never forget you.
Katie Helene
August 29, 2016
Tim would play for class at Washington Ballet, when the company was just starting. Upon occassion we'd have a creative insteuctor ask for, say, "3 bars of 5/8, followed by 1bar of 7/4, repeated 4 times, and .tim would step up, improvise it and it was....well....beautiful. I particularly remember his show "Scirocco" at New Playwrites. Hysterical. I lost touch, though, I still use his albums for ballet class, now that I'm a retired dancer and been a teacher myself for almost 40 years now! Tim knew that a sense of humor overcomes any crisis. I think it Best to remember him with that same laughter he could project upon anyone.
Philip Rosemond
March 4, 2016
Patty you're the pickle in my coleslaw, Patty you're the sugar in my tea, Patty you're the relish on my hotdog and Patty you're the mayonaise for me. Woah woah woah! Tim lives forever in song.
Emily Rozes
January 4, 2016 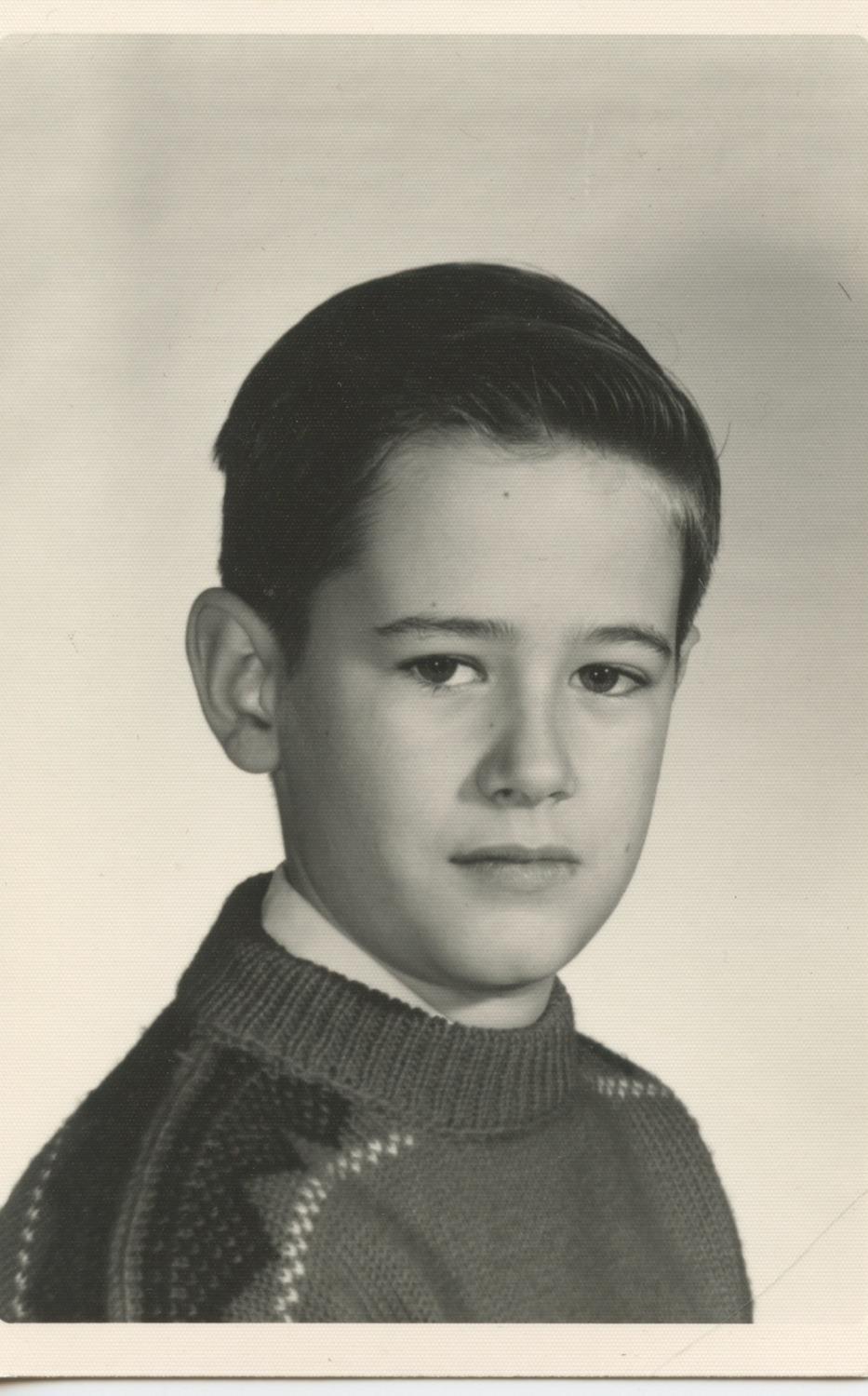 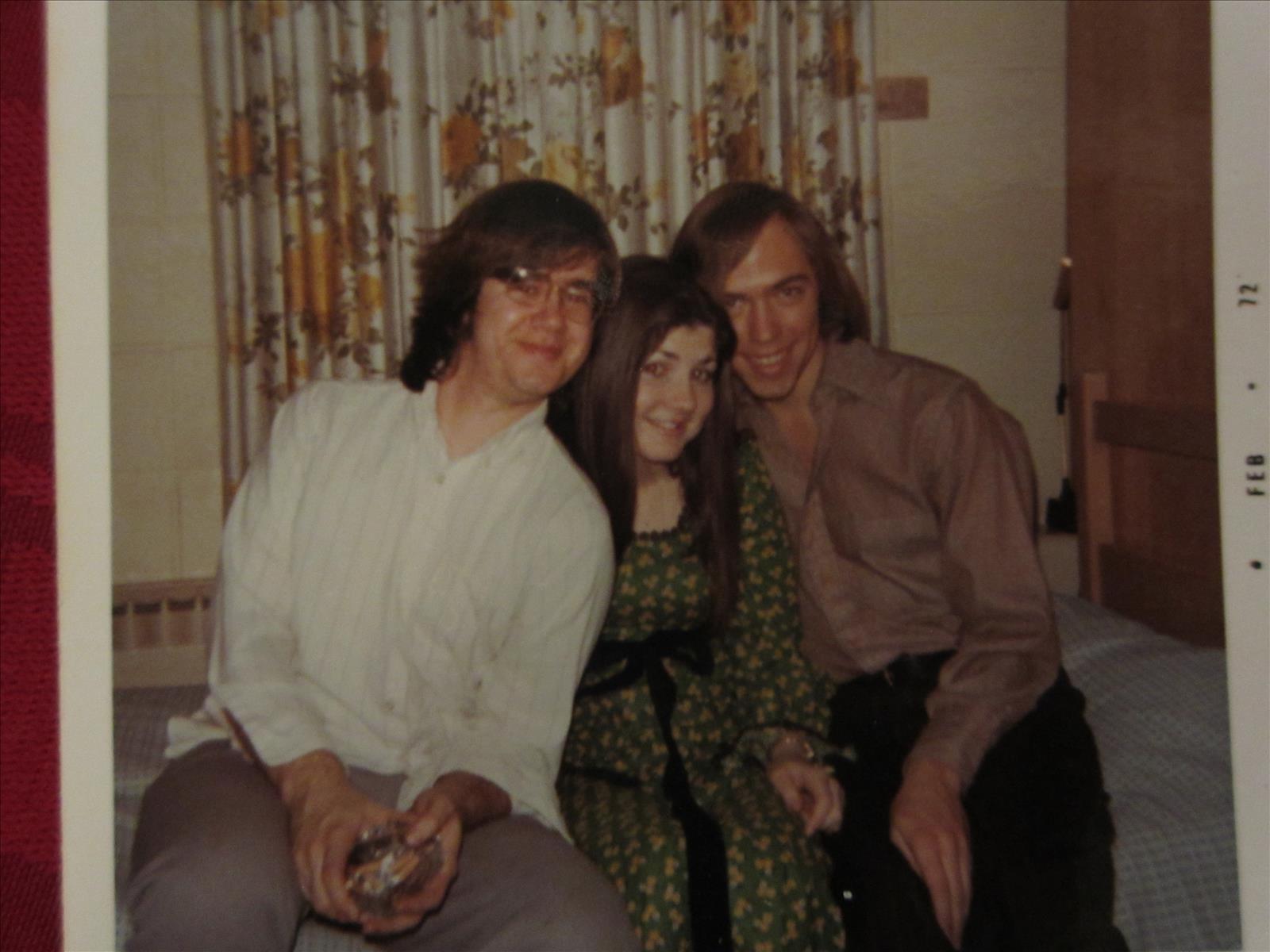 Great times at Oberlin! Wish I had been better about keeping in touch... Much love, Davis
Davis Hart
December 28, 2015
Timmmeee!
Memories going back 46 years:
Burning Ants. Boating on the Thames. The fake Bruckner 2nd. Barber's Hand of Bridge. Betty Birdlegs. "Chall!" Nightmare, Sirocco, Bride of Sirocco. Junk Mail.
Visits to WVA, DC, Manhattan, Brooklyn. And our last encounter at Geri's Christmas party - that was what, 12 years ago already?
And now you've left us, shocked and bereaved - but forever grateful for the cherished and enduring friendship we shared. Rest in peace, you irreplaceable you...
My sincere condolences to Rami and the rest of the family in your time of grief.
Greg Allen
December 26, 2015 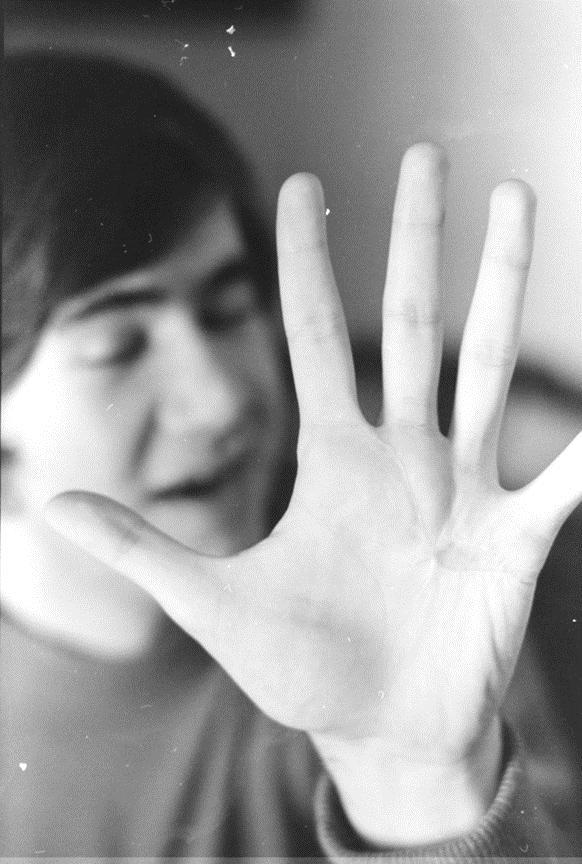 Tim's creativity was, and is, an inspiration to me. Miss you, bro.
Denis Grundmann
December 25, 2015
I have Tim to thank for some of the most wonderful moments of my life. My daughter can sing better than I all of Tim's songs from "nightmare" Dear Desperate, etc. My deepest condolences to Rami Cohen and the Grudman family.

Tim, I shall miss your genius, for that's what you were.

All my love, Barbara Rappaport
December 24, 2015
Tim was a best force of nature, one of those dear people with whom you really hope to grow old. My deepest sympathy to Rami and other family as they grieve this untimely loss.
Kennon Jacobs
December 24, 2015 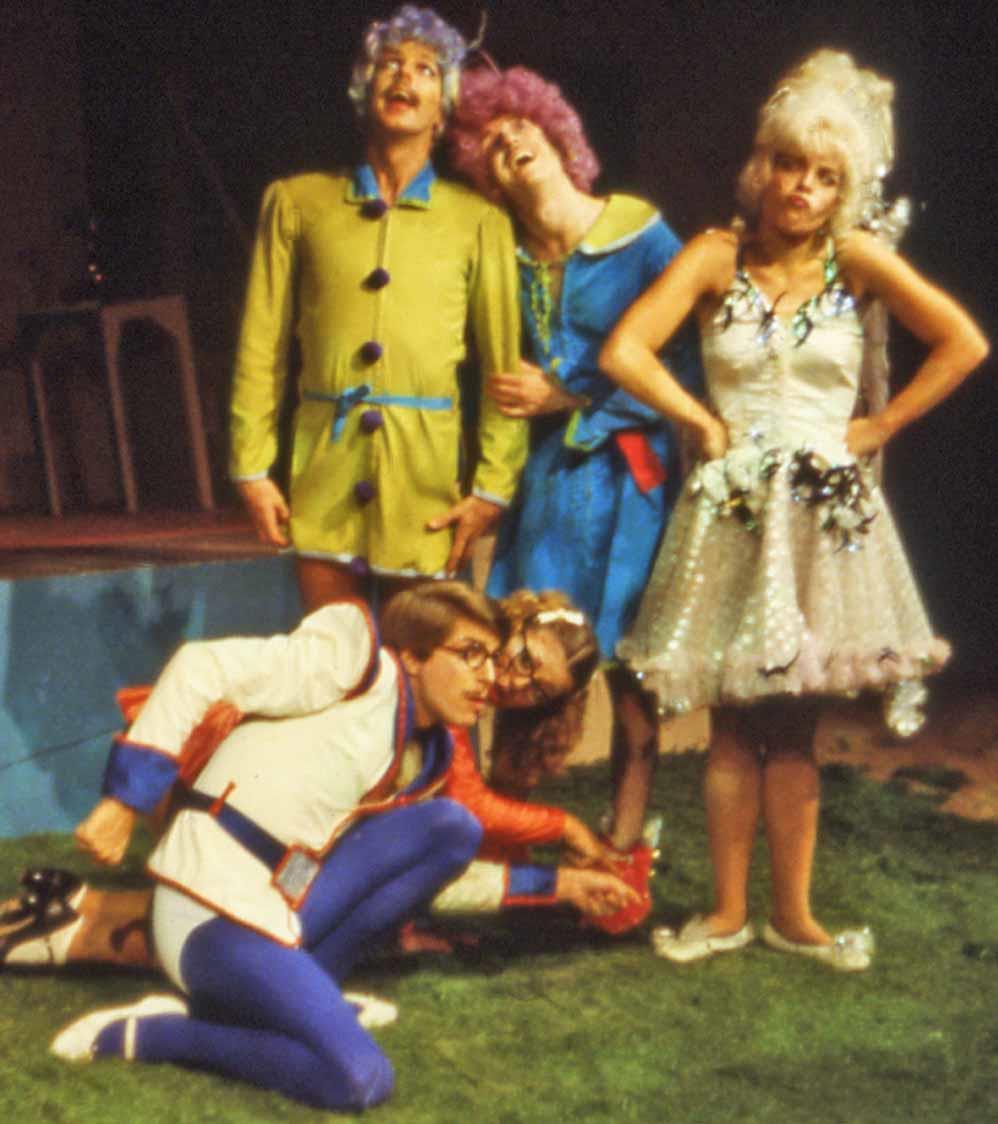 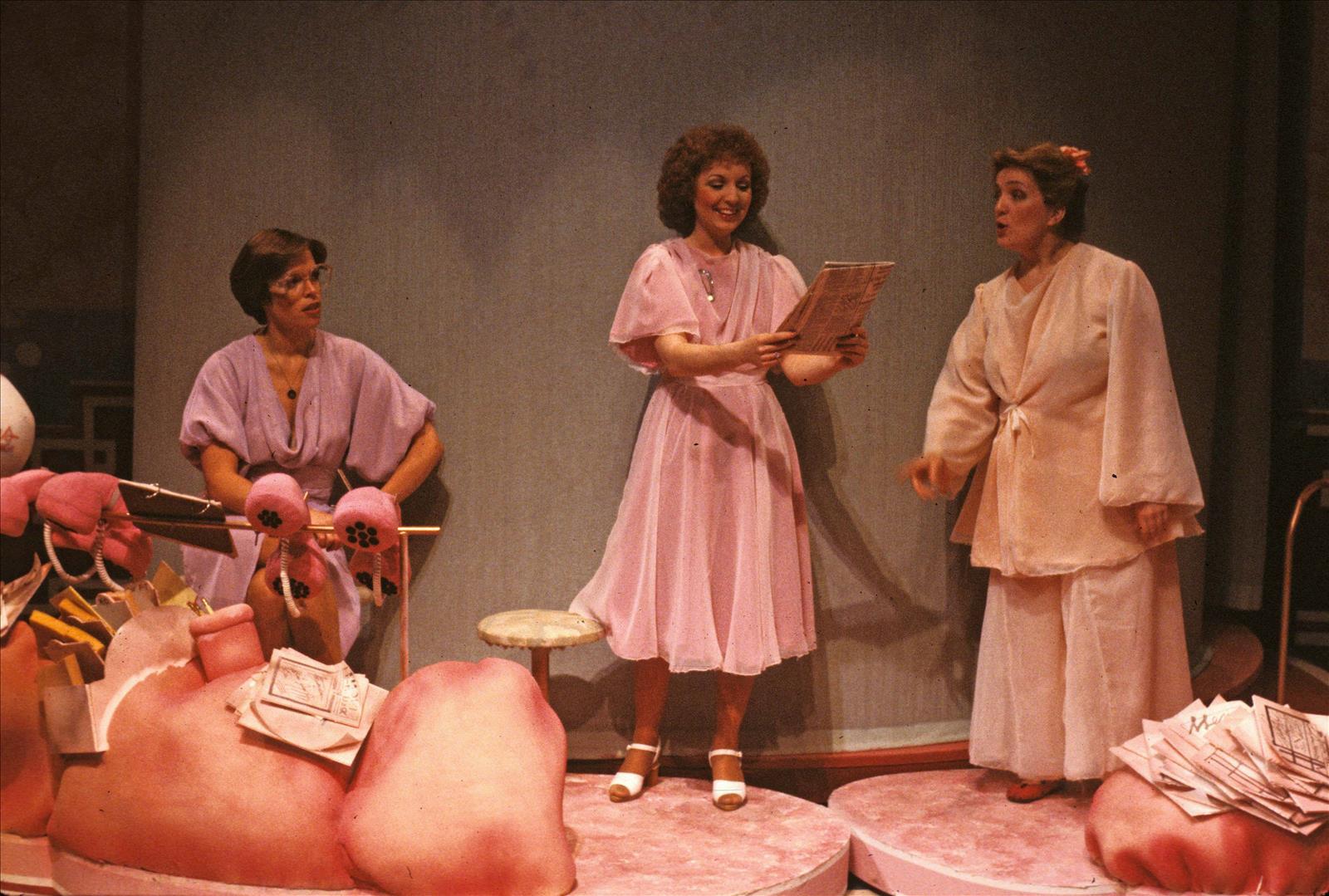 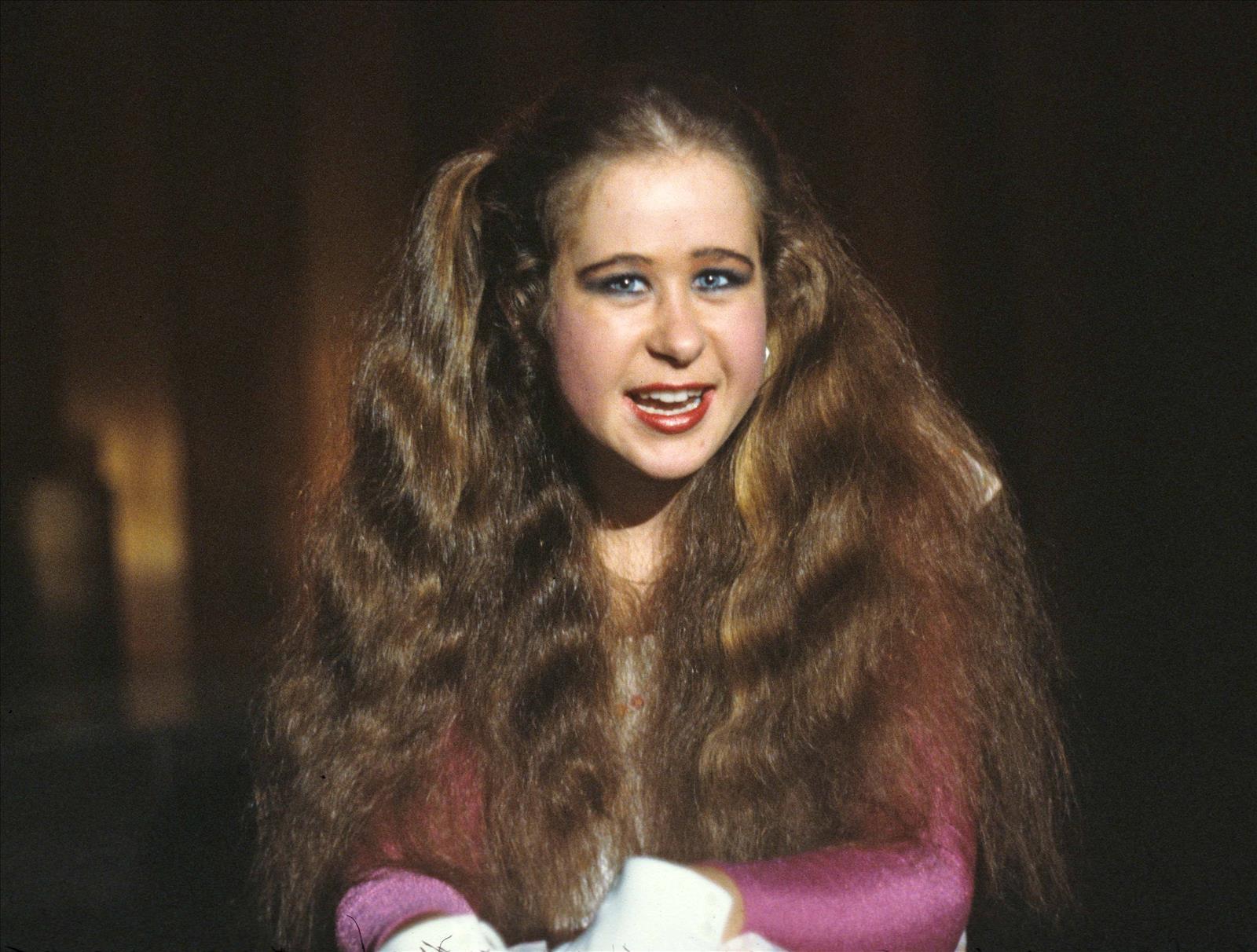 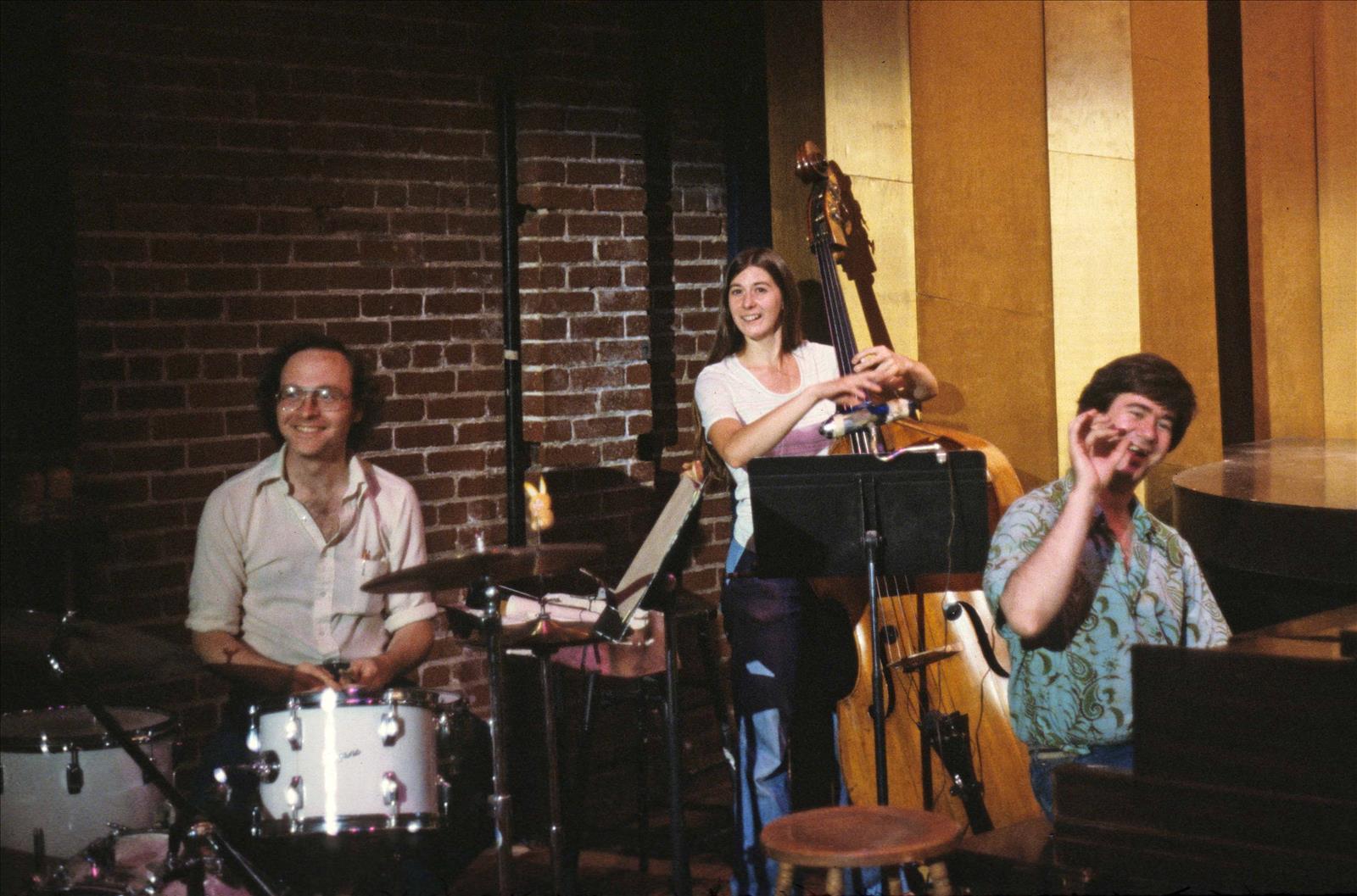 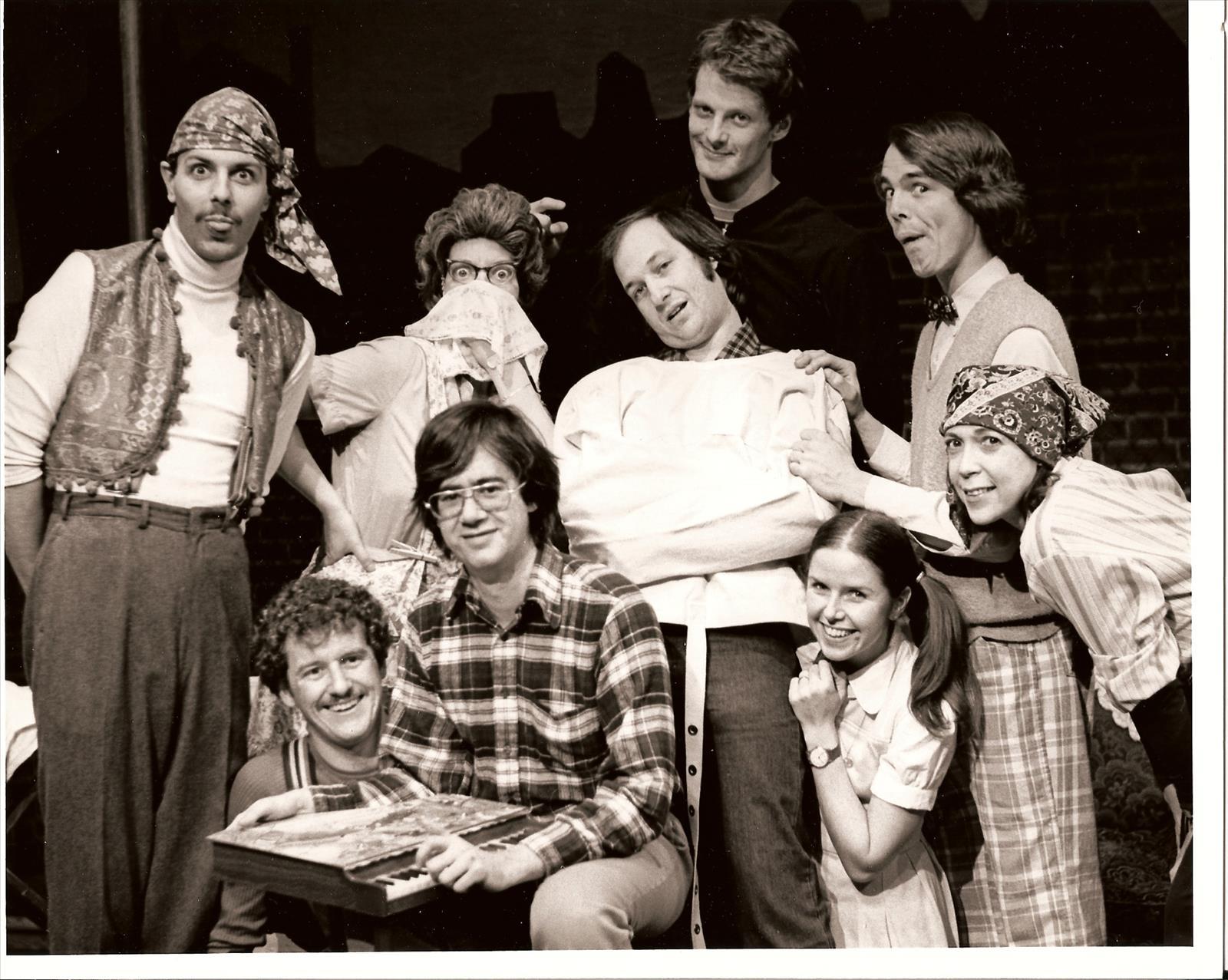 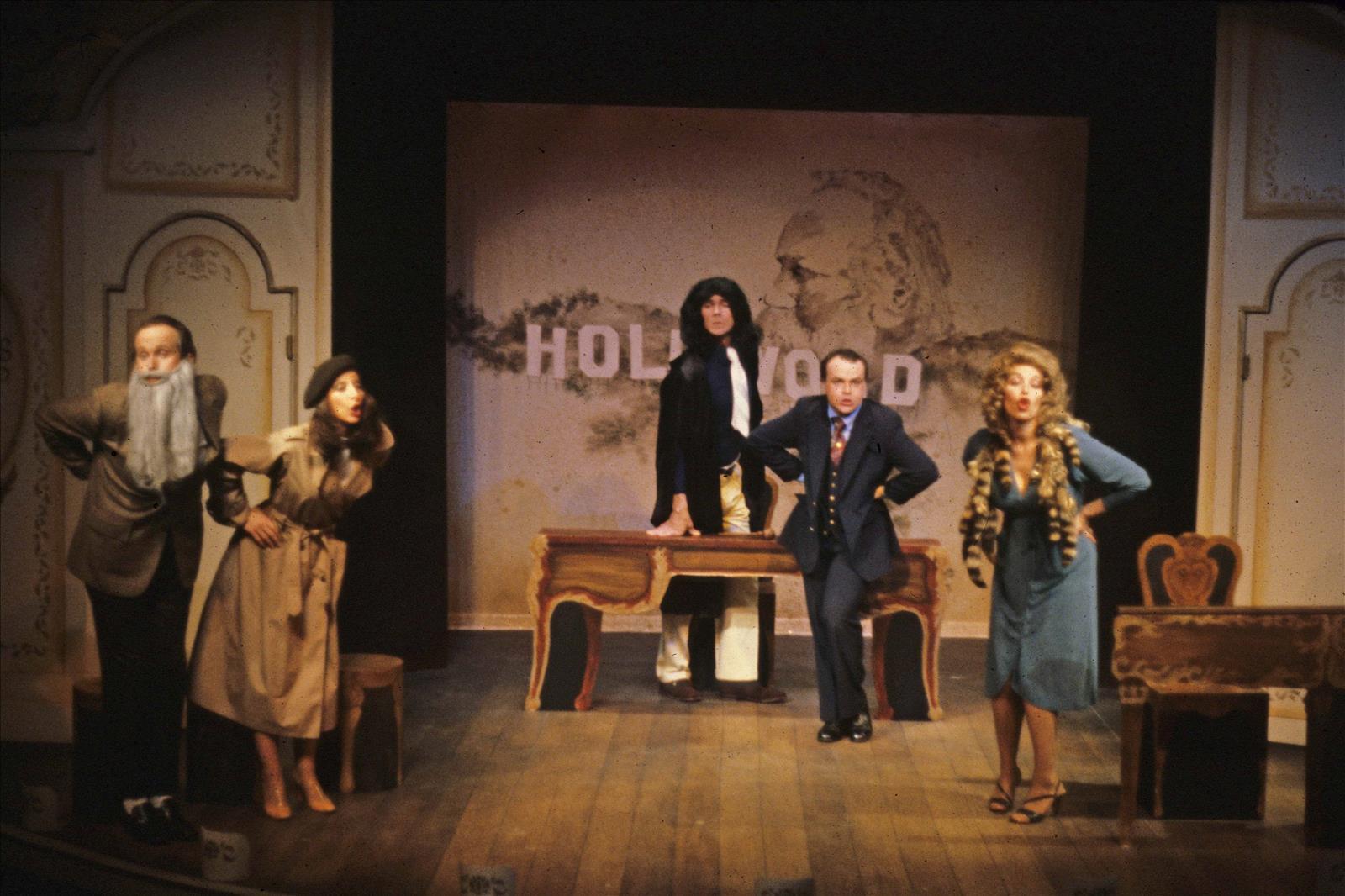 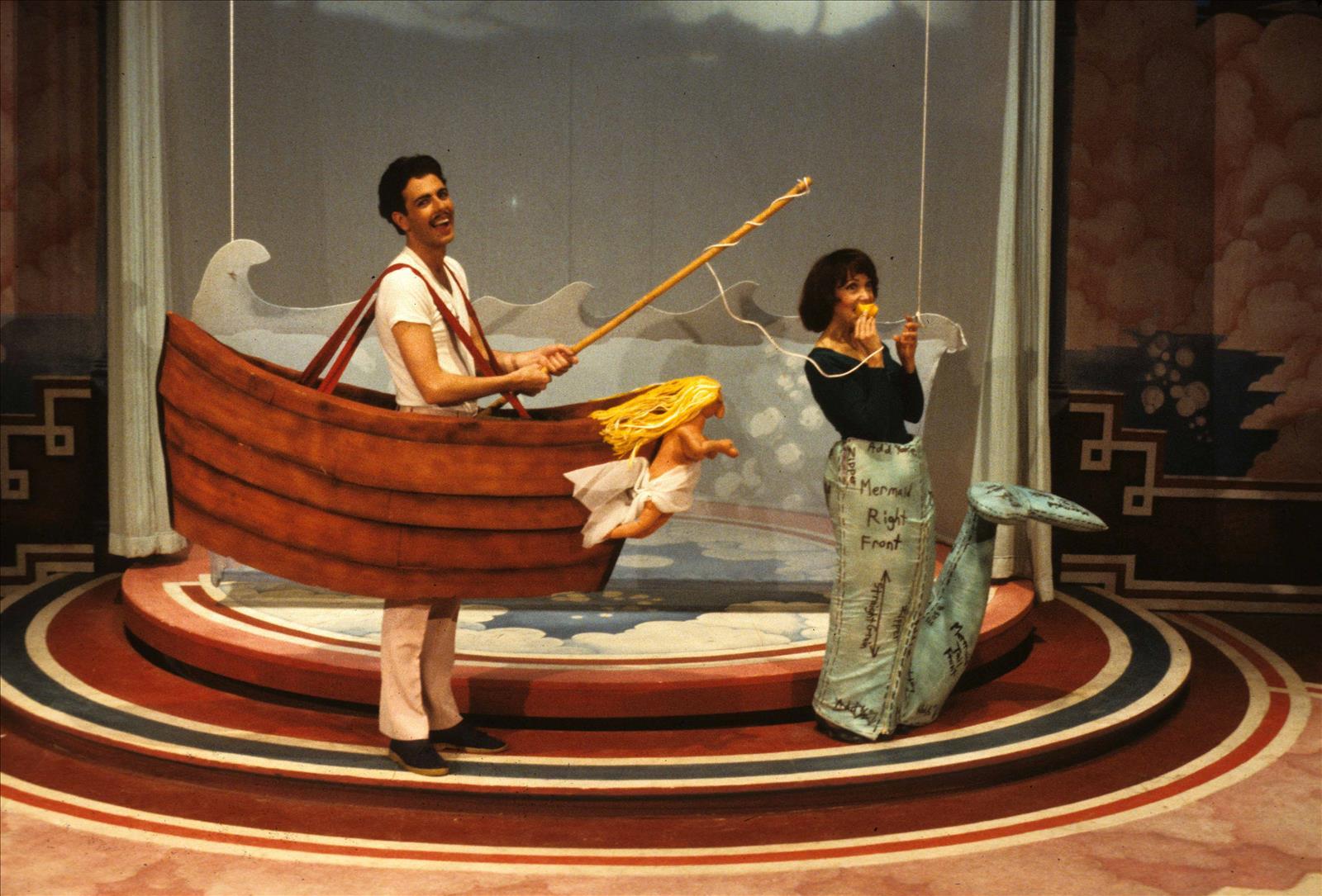 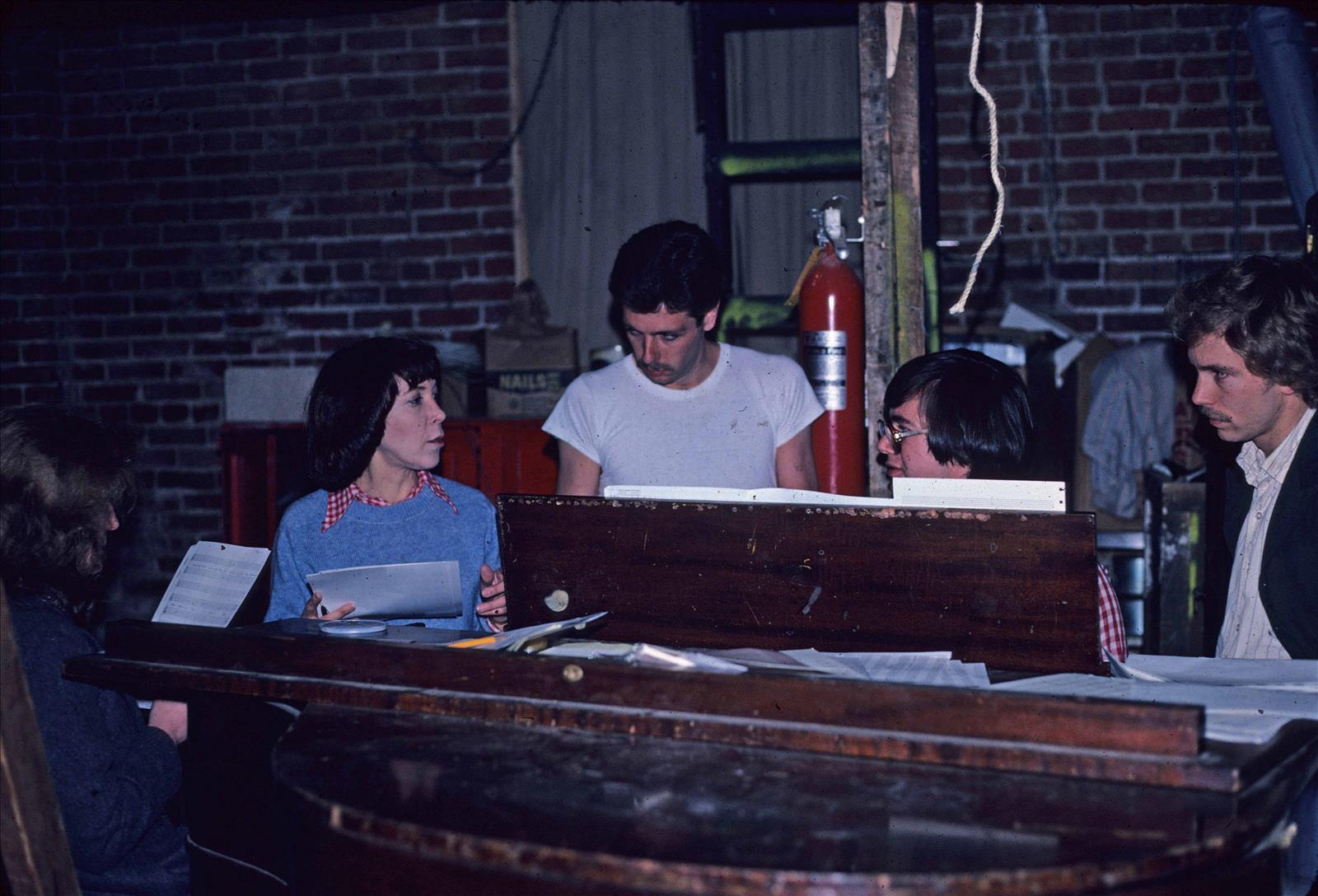 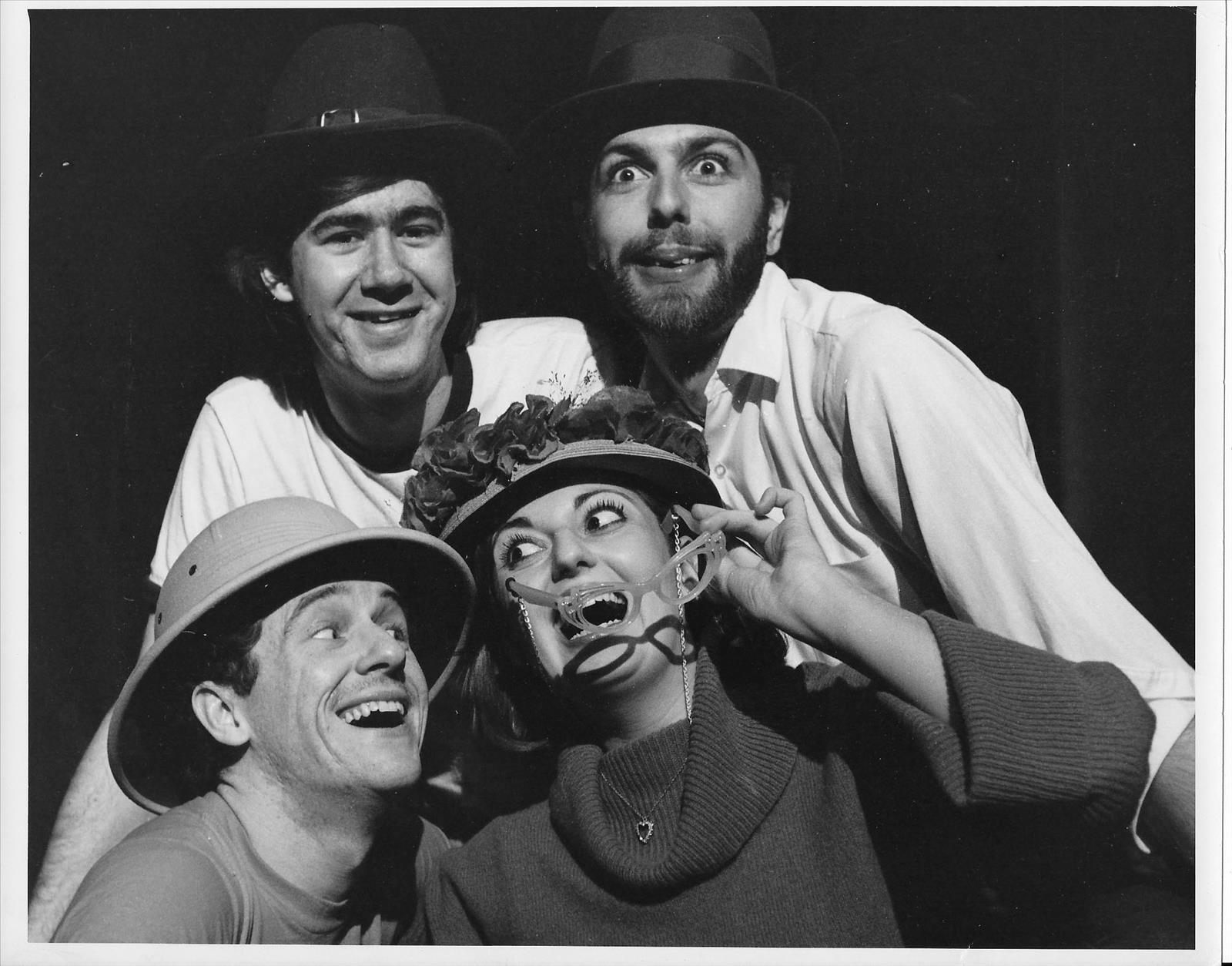 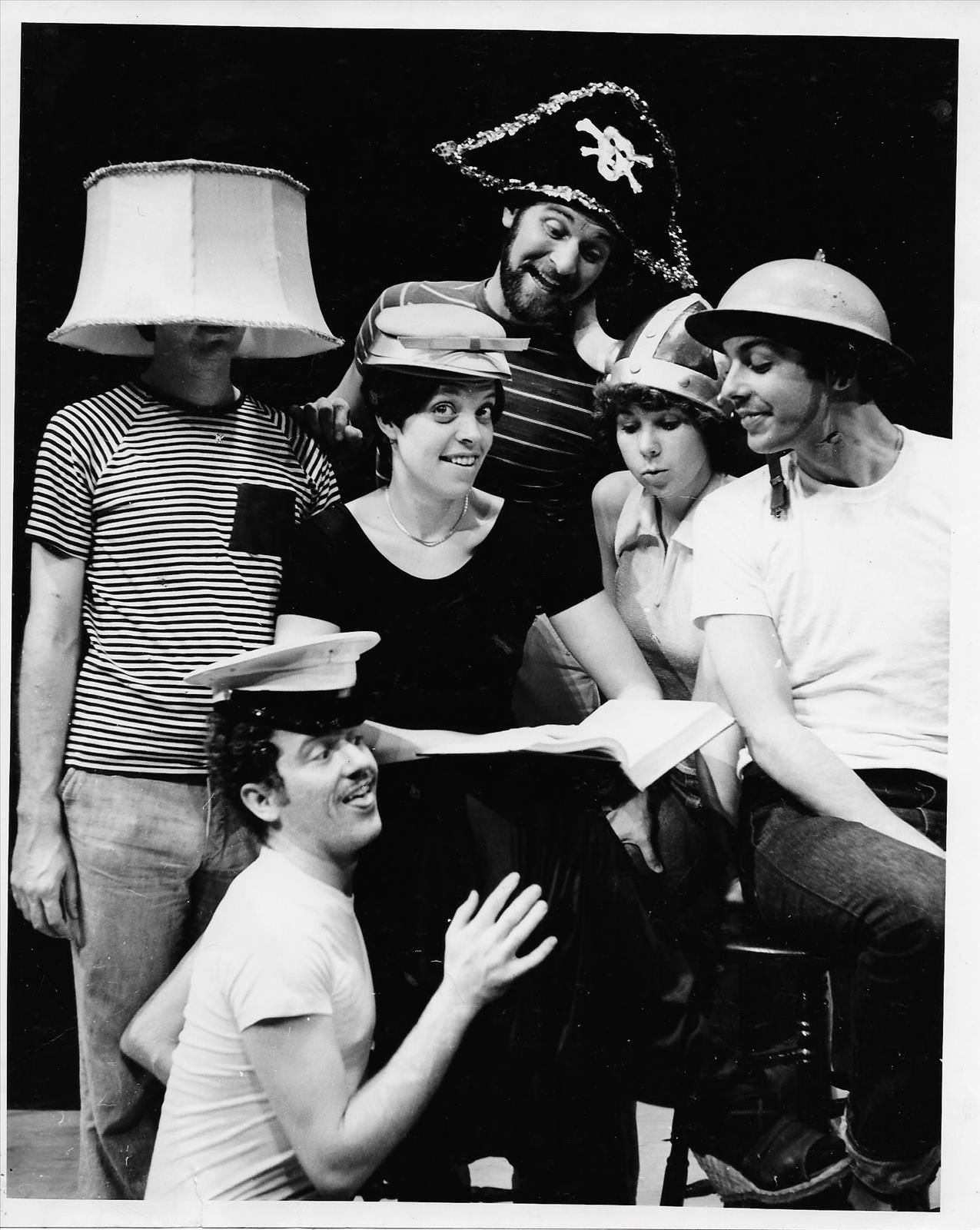 Harry Bagdasian
December 22, 2015
I met Tim at Mimi's reception. He was the first of my "Gundmann brothers" to accept me into the fold. His joyful spirit is everlasting.
Patrick DeShazo
December 22, 2015
I was a resident playwright the years Tim was the center of a true phenomenon: the premiering - year after year - of original musicals at a local theatre. He was, even then, a unique talent.
December 22, 2015
Only one Tim.
Mike Grundmann
December 21, 2015
I was so fortunate to work with this immensely talented man. Even today, my husband (whom I met doing Tim's LIVES OF THE GREAT COMPOSERS) and I regularly quote Tim's lines and lyrics. My favorite Grundmann lyric comes from NIGHTMARE. A gypsy sings, "My friends all say I sound like Sarah Vaughan. I have her record back in my caravaughan!" Godspeed, Timmy. You will always live on in our hearts.
Bari Biern
December 21, 2015 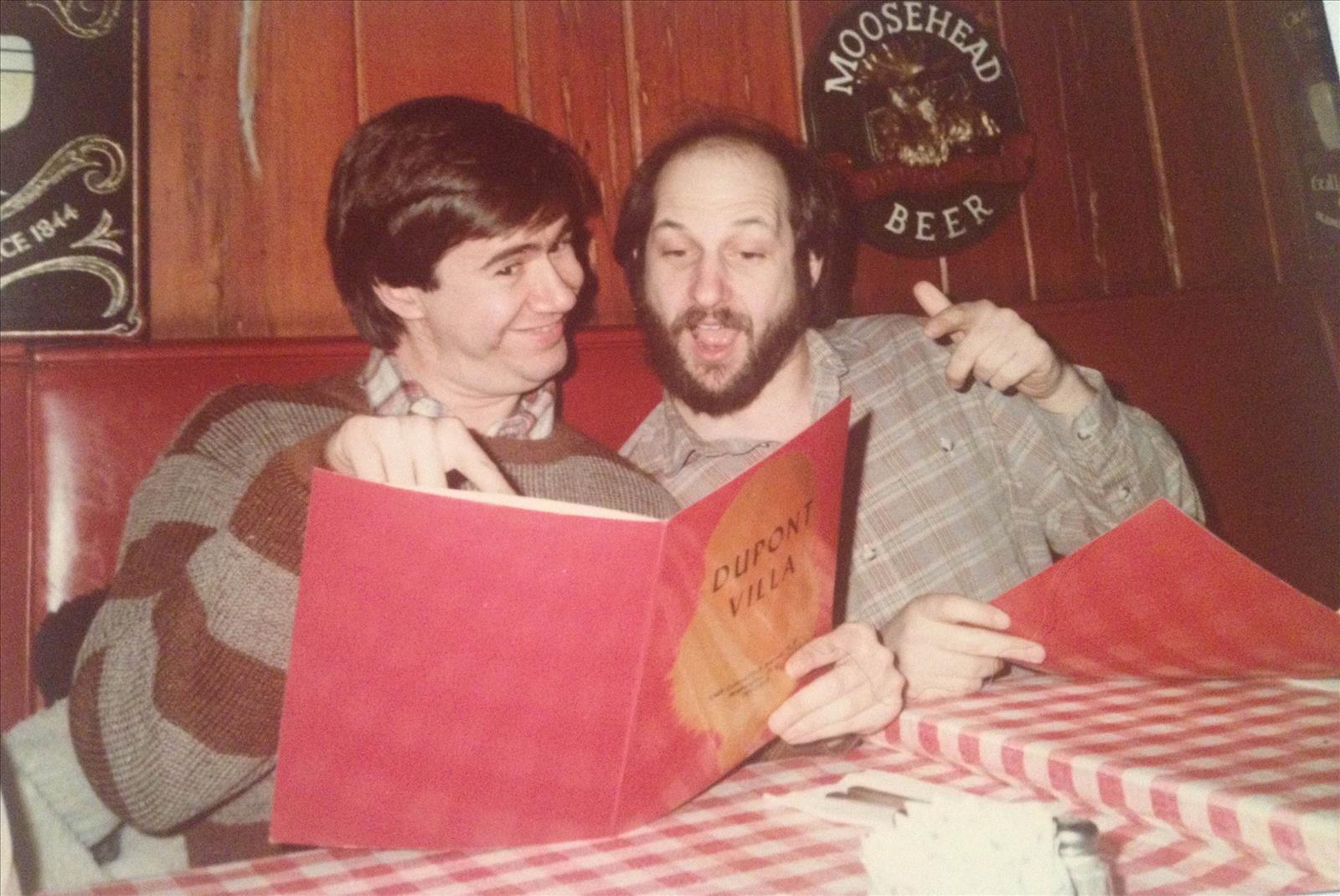 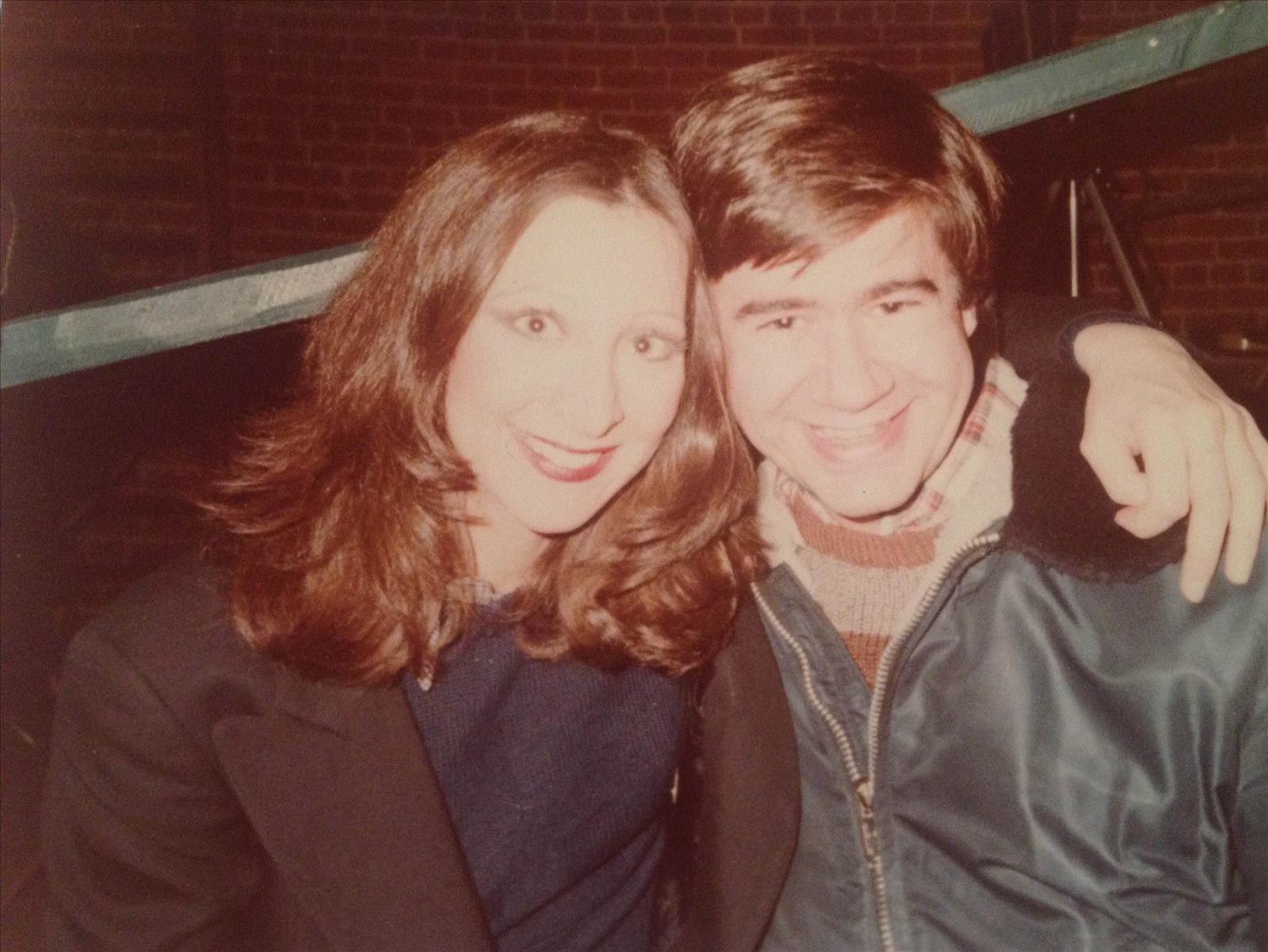 December 21, 2015
Tim, what a happy time it was working with you. Your friendship and ready smile were an extraordinary gift that has gone all to soon. Hope you are floating away in some big heavenly Swan Boat laughing at the craziness of it all.
Steve Skardon
December 21, 2015
My deepest condolences to Rami and family. I loved him like a brother. I will cherish our time together.
Dana Vance
December 21, 2015 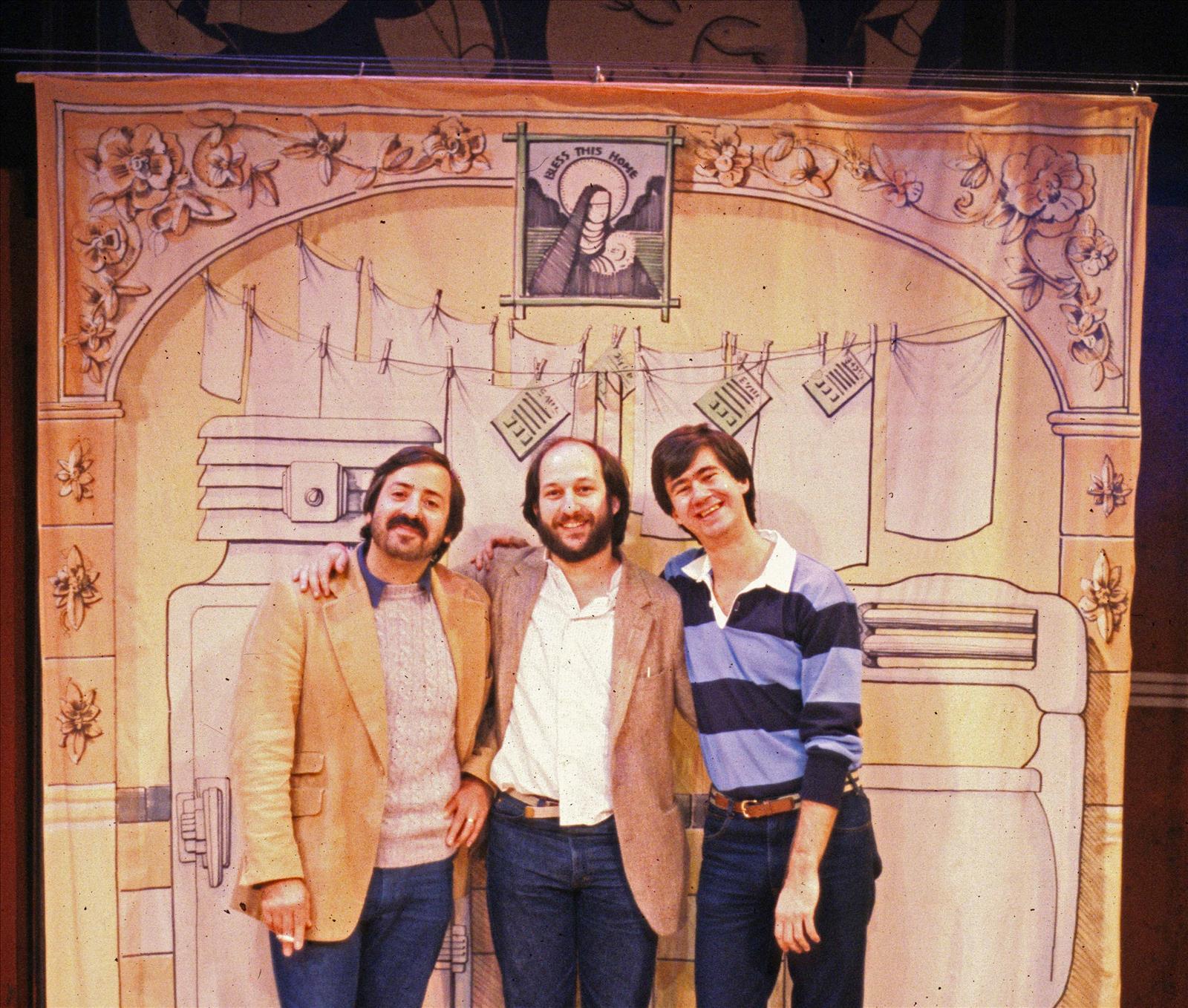 You had the most incredible talents, Tim. It is with great love and appreciation I thank you for the six years, thirteen shows and two radio plays you created for us and the years of friendship and advice that followed. Those fervent years of work with you, Ken Bloom and the rest of them on Church Street were a wild exciting theme park ride of creativity we could never have predicted when we started our playwrights' theatre. Thank you for so much! My heart goes out to Romi Cohen and Tim's family. I hope that, over time, your grief will be replaced by happy memories of time together with Tim. I can't imagine our loss is anywhere as deep as yours. So many of Tim's lyrics have stayed with me over the years, but this is my favorite
It's a fact it's easy to compose a melody
It's a knack you acquire on the lute or on the Lyre
That's the easy part.
But a Song will vanish. Once it's played it disappears
Though a love keeps on growing when the strings are finished bowing
That's the best of it.
EDDIE'S CATCHY TUNES Lyrics by Tim Grundmann New Playwrights' Theatre 1979
May you rest in peace, Tim Grundmann
Eternal be your memory
Harry Bagdasian
December 21, 2015
Tim was a genius ! The world has lost a brilliant talent. I count myself fortunate to have experienced his New Playwrights' productions...pure joy !
Rick Poloway
December 21, 2015
A brilliant man gone way too soon. Tim will be missed by so many. He has made a lasting and endearing impression on more people's lives than he could ever have imagined. God bless you, Tim, you wonderful genius of a man!
Willy Richardson
December 21, 2015 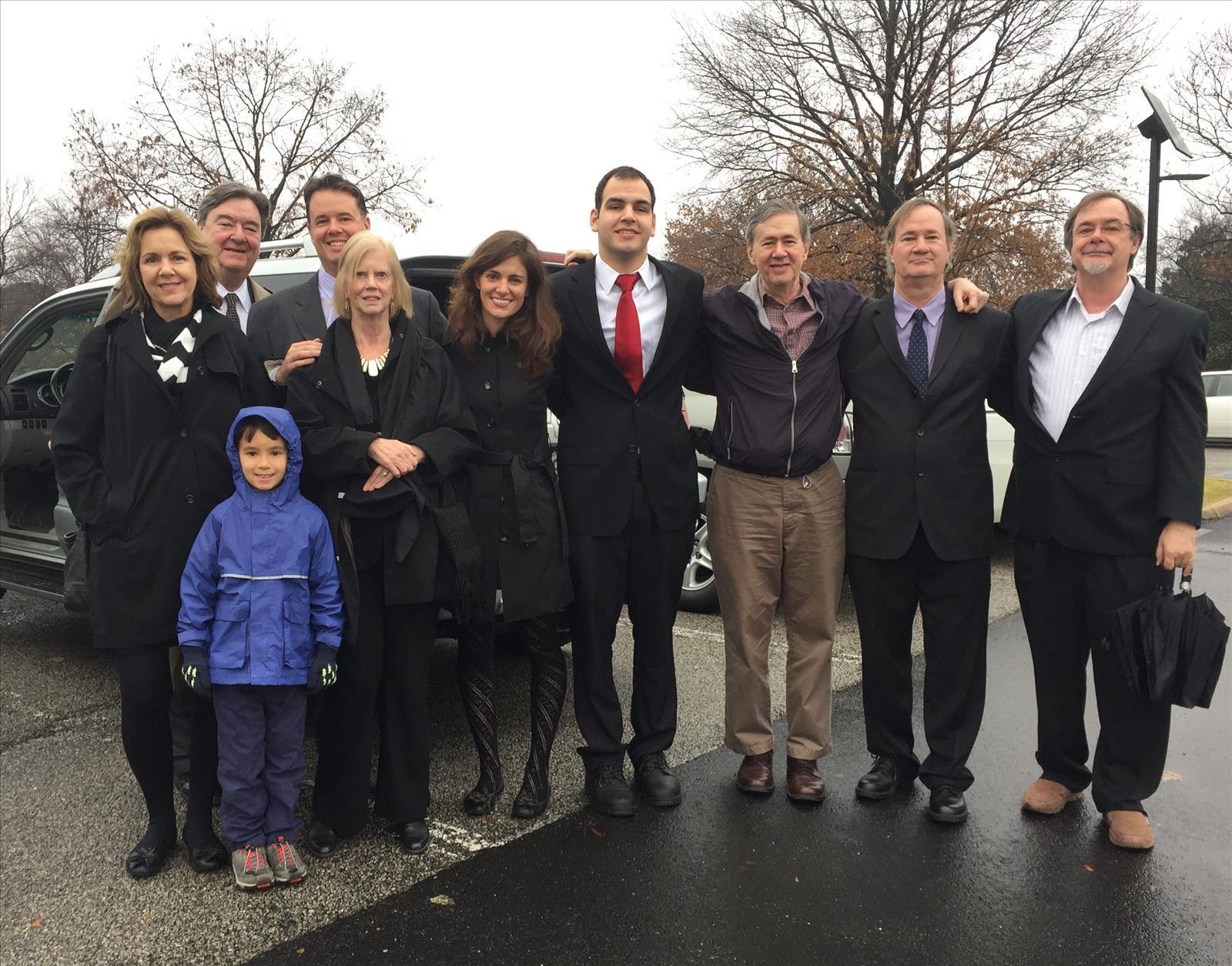 Tim had a seemingly endless well of creativity and humor. Gone too fast, too soon. So grateful we were all together one week before he left us. Farewell dear brother.