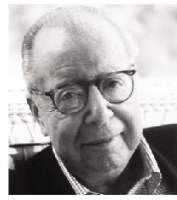 TALLEY--Truman, "Mac". TALLEY--Truman, "Mac", 88, of New York City, NY died peacefully at home of Parkinson's dementia on March 15, 2013. He was the son of the late Truman Hughes Talley and the late Helen Macdonald Talley and was a lifetime New Yorker. He was a graduate of The Buckley School, Deerfield Academy and Princeton University, class of '47, taking time out to enlist in the Army during WWll. He participated in The Battle of the Bulge for which he received The Purple Heart. Mr. Talley was a highly respected publisher with his own imprint, Truman Talley Books, established in 1980. He was known for publishing excellence. Mr. Talley's last publication before retiring, in 2008, was fittingly "The Time of Their Lives: The Golden Age of Great American Publishers, Their Editors and Authors", by Al Silverman. Rather than a gold watch retirement party, Mr. Talley's retirement celebration hosted by his wife Susannah at 21 Club included a small group of friends and his fellow compatriot in fine writing, Luis Auchincloss. The sweet surprise of that evening was Mr. Talley gazing up at his final publication, which was hanging from the iconic ceiling of the restaurant he had patronized for over sixty-five years. Mr. Talley will be missed for his bon vivant sociability, intellect, diffident complexity and sweetness. Before his illness, he was an active member of The Anglers' Club of New York, the Maidstone Club, The Southampton Beach Club, The Southampton Club, and The Brook. He also served on the Board of Directors of The New York Mercantile Library. He is survived by his loving wife, Susannah (nee Osborn), two daughters; Melanie, Marina and son Macdonald by his first wife, Madelon Devoe Talley who died in 1997, one grandson Roger Chatterton and two stepdaughters; Phillippa and Isabelle. A memorial service will be held at The James Lenox House, 49 East 73rd Street on Monday, March 25th at 11am. In lieu of flowers, contributions may be made to V.N.S. of New York Hospice Care, New York, N.Y. 10001.

My thoughts are with you at this time. I hope time will brighten your memories and lessen your pain. I have a vision of your Mom and Dad dancing through the heavens together at last.
Ripley Golovin
March 17, 2013
So many memories of visiting your homes... so many memories of playing with Melanie and sometimes Mac and Marina - I will always remember you with great affection. You and Madalon were a large part of my childhood. Bon voyage.
pamela murphy
March 16, 2013
A man who always had a smile. Uncle Mac, you will be missed.
Milda De Voe
March 16, 2013
Showing 1 - 22 of 22 results