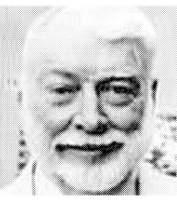 of Belmont, Vermont and retired Distinguished Visiting Professor at Middlebury College, passed away on February 28, 2017 at the age of 90. Dr. Connor was born in South Hadley, Massachusetts in 1926 to Daniel J. and Mary Jane (Walker) Connor. In 1944 he enlisted in the U.S. Army and served in the South Pacific during World War II. Upon completion of his service he returned to Massachusetts and later graduated from the University of Massachusetts in Amherst. He continued his education at Georgetown University, obtaining a Masters Degree and Doctorate in Political Science in 1961. Upon graduating, he began his career of teaching and the pursuit of scholarship in the field of Political Science. Starting as a faculty member of Nasson College (Springvale, ME), he subsequently taught at Rensselaer Polytechnic Institute, SUNY- Brockport, Trinity College (CT), and Middlebury College. Additionally, Professor Connor was appointed to the faculty of Oxford University, Salzburg University, Cambridge University, Lafayette College, University of Alaska, University of Arizona, the London School of Economics, Central European University, Pomona College, and Dartmouth College among other institutions. Additional prestigious appointments included Scholar-in-Residence at the National Foreign Assessment Center; Senior Fulbright Lecturer, Institute of Political Science (Warsaw); and a Fellowship at the Woodrow Wilson International Center for Scholars. Professor Connor is considered one of the founders of the interdisciplinary study of nationalism. From his earliest work, he attempted to improve understanding and establish conceptual consistency in the field. In doing so, he urged fellow scholars to avoid loose terms and concepts, including their regular conflation of "state" and "nation." He also successfully demonstrated the inadequacy of economic explanations of the rise and fall of nationalist movements and sentiments. In his view and that of a distinct minority in academia, ethnic identity, on a core level, had a profound impact on multi-national states and conflict world-wide. For example, while many Soviet specialists in the 1970s and 80s held that the USSR had effectively dealt with its nationality questions, Connor was one of the few who suggested that the USSR would disintegrate along ethno-national lines; he coined the term ethno-national. He always enjoyed his relationships with his many colleagues around the world and sharing in the development of a better understanding of the movements toward ethnic self-determination. He continued these efforts until his passing. He was an especially good and humorous correspondent and reference letter-writer for young and older scholars. Professor Connor published numerous pioneering and still-cited journal articles and two major books "The National Question in Marxist- Leninist Theory and Strategy" (1984), and "Ethno-nationalism: The Quest for Understanding" (1994), both published by Princeton University Press. He served on the Board of Editors for numerous publications, including World Affairs, Canadian Review of Studies in Nationalism and the Journal of Asian Affairs. He was named Distinguished American Humanist (1991) by the University of Nevada and Distinguished American of Political Science by the University of Vermont. Professor Connor married Mary Lyon Connor in 1951. Walker and Mary collaborated in his research and writings until she became ill and he became her caregiver. Mrs. Connor passed away in 2014. He is survived by his three children: Peter (and Marlene) Connor of Holyoke, MA, Professor Joan Connor of Athens, OH, and Daniel (and Nancy) Connor of Mount Holly, VT. He is also survived by his grandson, Nils Walker Wessell of Brooklyn, NY; his sister Dorothea Barry of South Hadley, MA and numerous nieces and nephews and their children. He was predeceased by his sister, Eileen Paxton of Ohio. Throughout his life, he pursued other interests as fervently as his chosen field of study. He was passionate about antiques, art, and jazz. In his final years, he enjoyed his mountain retreat in Vermont; UConn women's basketball; his friendship with his son, Dan and daughter-in-law, Nancy and especially visits from his grandson. His family has announced that Professor Connor and his wife's lives will be celebrated in Vermont sometime this summer. In his honor, it is suggested that donations be made to Doctors Without Borders: https://donate doctorswithoutborders.org

To plant trees in memory, please visit our Sympathy Store.
Published by New York Times on Mar. 9, 2017.
MEMORIAL EVENTS
No memorial events are currently scheduled.
To offer your sympathy during this difficult time, you can now have memorial trees planted in a National Forest in memory of your loved one.
MEMORIES & CONDOLENCES
6 Entries
Dan I am so sorry to hear of your loss. Your parents were some of the nicest people I ever worked for. I always enjoyed going there to clean and looked forward to visiting with the both of them. Again sorry to hear of there passing. They were truly great people. May they rest in peace.
March 12, 2017
May his memories be a blessing, bringing comfort to mourning ones, as he R.I.P
March 12, 2017
Goodbye Walker. We won't see your like again. You were a wonderful scholar, and an even more wonderful friend, Brendan
Brendan O'Leary
March 9, 2017
I'm so very sorry for your loss. You are in my thoughts and prayers.
Linda Burke
March 6, 2017
I'm so sorry to hear of your loved and deepest condolences are extended to you. Something that's helped me through the death of loved ones is to reflect on 1 Corinthians 15:26.
March 5, 2017
a genuinely fine person , privileged to have known, enjoyed and learned from...r.i.p fran. gor
March 2, 2017
Showing 1 - 6 of 6 results