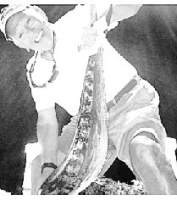 BIKOFF--William. We announce with saddened hearts the passing of our darling and devoted husband, father, and grandfather, Mr. William Bikoff, also known as Billybob in the boxing world. The love and respect that we feel for all of his teachings, accomplishments, and good deeds is beyond what any of us could imagine. To name just a few, the foundations that he built, namely The College Point Industrial Park in Whitestone, his international metals business, and Glaceau, are not just companies but they offered jobs, openings, and concepts in areas where there otherwise would have been none. The boxing world will remember Bill from his days as a youth as a member of the Golden Gloves in Brooklyn. This led to his formulation of the New York Boxing Club in Queens, which afforded youths a place and a chance to learn boxing. Bill's love of family is evident by the way in which he quietly assisted his wife Suzi's family immigrate and acclimate to the United States from Iran. He was a father who implanted a sense of compassion, an unequivocal work ethic, and sense of humanity to his two children Darius and Jacqueline. Bill was also a role model and a rock to his grandchildren Maxwell, Sasha, Ella, and Beau. He was a man who taught them elegance and an appreciation for everything in life in an old world style. He was available at any time of day to lend an ear and to share. Funeral services were private.

Published by New York Times from Oct. 5 to Oct. 7, 2012.
To plant trees in memory, please visit the Sympathy Store.
MEMORIAL EVENTS
To offer your sympathy during this difficult time, you can now have memorial trees planted in a National Forest in memory of your loved one.
MAKE A DONATION
MEMORIES & CONDOLENCES
1 Entry
To the Bikoff family:
Please accept my deepest condolences as well of those of my staff on Bill's passing. He was a true fighter; an elegant man with a gentle manner and a big heart. I will always remember his dry wit and spirit.
I share your loss.
Susan Slovin, MD
susan slovin
October 7, 2012
Showing 1 - 1 of 1 results