FUNERAL HOME
Craft Funeral Home Of Erdenheim Inc
814 Bethlehem Pike
Erdenheim, PA
EAGLESON--William B., Jr., former chairman of Girard Bank, Philadelphia, and chairman emeritus of Mellon Bank Corp. died on February 5, 2021 in Lafayette Hill, Pennsylvania. He was 95. Bill, as he was known to his family and friends, enjoyed a long and distinguished career in the banking industry. He joined the then Girard Trust Company in 1951 as a security analyst after two years at the Federal Reserve Bank of Philadelphia, and he spent the balance of his business career with the company and its successors. He was elected president in 1970 and chairman of the board in 1973, a post that he held for eleven years. He led Girard in the 1981 acquisition of the Farmers Bank of Delaware, the first out-of-state expansion by a Pennsylvania bank, and later the merger in 1983 with Mellon Bank Corp. Bill served as chairman of Mellon until his retirement and then as chairman emeritus. From 1988 to 1995 he was chairman of Grant Street National Bank in Pittsburgh, a so-called "bad bank" formed by Mellon to liquidate problem assets. He was a member of numerous committees of the Association of Reserve City Bankers, and of both the American and Pennsylvania Bankers Associations, and served on advisory bodies to the U.S. Treasury and the Board of Governors of the Federal Reserve System. He had extensive business experience in Japan and elsewhere in East Asia, serving for many years as a director of the Private Investment Company for Asia, a multi- national private sector development organization headquartered in Singapore. He was a director of the International Monetary Conference, and served for many years on the Advisory Committee on East Asian Studies at Princeton. He was an advisor to several major Japanese financial institutions and was, for nine years, Honorary Consul General of Japan in Philadelphia. The government of Japan conferred on him The Order of the Sacred Treasure in 1999. Bill served at various times as a director or trustee of Anchor Hocking Company, Pennwalt Corporation, Foote Mineral Company, Penn Mutual Life Insurance Company, General Accident Insurance Company, and the Federal Reserve Bank of Philadelphia. He was a trustee of Lehigh University, active and emeritus, for more than forty years and chairman of its Finance Committee, a trustee of the General Theological Seminary, the Academy of Natural Sciences of Philadelphia, and a director of the Philadelphia Orchestra Association of which he was Treasurer. He served on the Philadelphia City Planning Commission and as chairman of the Philadelphia Police Study Task Force created by then Commissioner Kevin Tucker to recommend reforms for a department plagued by corruption and a lack of public confidence. He was the first chairman of the Private Industry Council of Philadelphia created to implement new federal job re-training legislation, and later was appointed by then governor Thornburg to be chairman of the Pennsylvania State Job Training Council. Bill was born in 1925 in Philadelphia and resided in Lafayette Hill, PA. He was a W.W.II Navy veteran who saw service in the Pacific, a Phi Beta Kappa, summa cum laude alumnus of Lehigh from which he also received an honorary LL.D. degree, and of the Wharton School of the University of Pennsylvania where he earned an MBA. He was a member of the American Philosophical Society. In his free time, Bill pursued a variety of interests including Asian art and antiquities and Irish music. He was a lifelong student of the Japanese language and a voracious reader; his favorites included biographies and historical fiction as well as the New York Times and the Economist. Bill was a devoted member of the Episcopal church and rarely missed a Sunday service. He loved to travel and had the opportunity to do so frequently for business and pleasure including to Asia, Sanibel Island, and throughout the United Kingdom. His wife of 60 years, the former Catherine West McLean, died in September 2020. He is survived by a daughter Elizabeth Eagleson Mackie (Keith) of Darien, CT, a son John Eagleson (Bowen) of Atlanta, GA and four grandchildren: William and John Mackie, and Lucy and McLean Eagleson. His brother, Peter S. Eagleson, died last month. The family wishes to extend its thanks and gratitude to the staff at Mather House as well as Stephanie Handerhan, Sonia Howard, Tamyra McCoy and others of Hill Home Services who provided wonderful companionship and care during the last few months. A memorial service will be arranged for a later date. In lieu of flowers, please consider a contribution in his memory to St. James School, 3217 West Clearfield Street, Philadelphia, PA 19132.

Published by New York Times on Feb. 14, 2021.
To plant trees in memory, please visit the Sympathy Store.
MEMORIAL EVENTS
To offer your sympathy during this difficult time, you can now have memorial trees planted in a National Forest in memory of your loved one.
Funeral services provided by:
Craft Funeral Home Of Erdenheim Inc
MAKE A DONATION
MEMORIES & CONDOLENCES
2 Entries 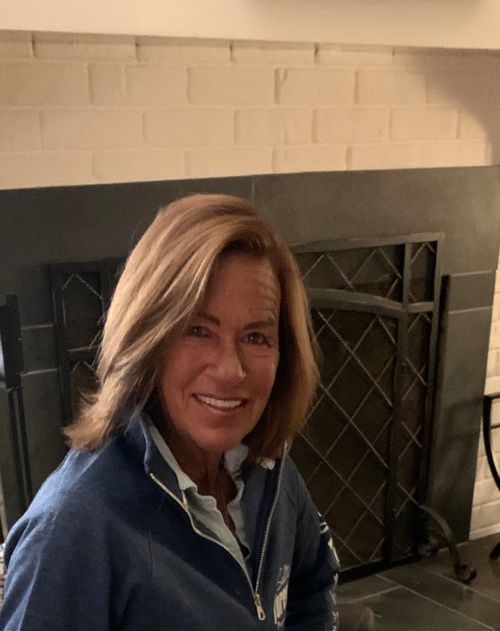 Bill Eagleson was one of my Dad's most treasured friends and I remember him well from my childhood in Philadelphia. He always had a twinkle in his eye that welcomed people and his qualities of kindness, warmth and vitality are what I will always remember him by. My prayers and sympathy go out to his family.
Anne Ervin Overton
Friend
February 15, 2021
May your hearts soon be filled with wonderful memories of joyful times together as you celebrate a life well lived.
Simone Taylor
February 14, 2021
Showing 1 - 2 of 2 results