WILLIAM SPOFFORD
SPOFFORD--Rt. Rev. William B. (Bill), 4th Bishop of the Episcopal Diocese of Eastern Oregon (1969-79) and Assistant Bishop of Washington, D.C. (1979-1984), died at his home in Portland, Oregon, at the age of 92. Bishop Spofford was born in Brooklyn, NY, to Bill Sr, also an Episcopal clergyman, and Dorothy Ibbotson Spofford, and was raised in Middletown, New Jersey. He graduated from Lenox School for Boys in Lenox, MA, from Antioch College, and from the Episcopal Theological School in Cambridge. He later studied at the Yale School of Alcohol Studies and earned an MSW from the University of Michigan. He was ordained in 1945 and served churches in Boston, Detroit and Idaho, and was chaplain at Massachusetts General Hospital. In 1969, after a stint as dean of St. Michael's Cathedral in Boise, Bill was elected the Bishop of Eastern Oregon, where he spent 10 years. He then became assistant bishop of the Diocese of Washington, D.C. and later bishop-chaplain at St. George's College in Jerusalem. Bishop Spofford's wife of 64 years, the former Pauline (Polly) Fawcett, died in 2008. He is survived by his sister, Suzanne Rester; sister-in-law Temple Fawcett; sons Tim, Mark, Andrew, Stephen, and Daniel; eight grandchildren and eight great-grandchildren. Memorial services are planned for December 21 in Portland and January 11 in Cove, Oregon. A more complete obituary is available at http://spof.org/bill-obit.html

Published by New York Times on Nov. 10, 2013.
To plant trees in memory, please visit the Sympathy Store.
MEMORIAL EVENTS
To offer your sympathy during this difficult time, you can now have memorial trees planted in a National Forest in memory of your loved one.
MAKE A DONATION
MEMORIES & CONDOLENCES
4 Entries
Bill Spofford was the first adult who spoke to me as an adult. He was our priest in the early '50s in Weiser, and a friend for life. He taught me what it was to "love life" and to be grateful for it. He was and will always be a role model for me. The world is a poorer place for his passing.
Francie Ford
November 15, 2013 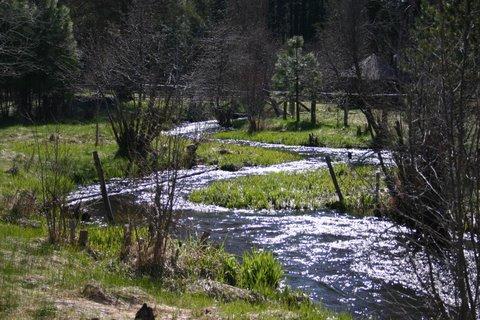 Bill and Polly were valued members of our cabin group in Camp Sherman, Oregon, for many years, and are missed. Their cabin, which they called "Agape House", continues to be warmed by their friendly and companionable spirit to this day.

On behalf of everyone here in The Pines, we send our condolences to the Spofford Family and hope you'll all come back to help us remember them in the years ahead.
Don Wilt
November 11, 2013
Please accept my condolences for the loss of your loved one. May you find comfort in the promises from the God of all comfort "you will by no means weep. He will without fail show you favor at the sound of your outcry; as soon as he hears it he will actually answer you." Isaiah 30:19
November 11, 2013
He was a great man who I worked with in Cove Oregon 1972-1973 at the summer camp. He and Polly were a happy couple!
John Mears
November 10, 2013
Showing 1 - 4 of 4 results