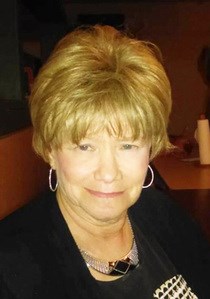 She was born in Opelika, AL on August 13, 1951 to Frank and Loreen Edge Johnson. She married the late Ronnie Janney in 1968.

Alice was a florist for many years and was known for her extravagant cakes she made throughout her lifetime. She was a good friend to many people and would help anyone who needed it. She will be missed by her family and friends.

She is survived by sons, Wayne Janney (Gina) and Jason Janney (Dustie); 6 grandchildren; 2 great grandchildren; and her sister Susan Johnson Williams (Jerry Williams). She was preceded in death by her husband, Ronnie Janney; her parents, Frank and Loreen Edge Johnson; and her brother, Charles Johnson.

Memorial services will be held Saturday, April 17, at 3:00 CST at Pine Grove Church in Opelika, AL.
To plant trees in memory, please visit our Sympathy Store.
Published by The Opelika-Auburn News on Apr. 15, 2021.
MEMORIAL EVENTS
Apr
17
Memorial service
3:00p.m.
Pine Grove Church
, Opelika, Alabama
Funeral services provided by:
Alabama Cremation Center
GUEST BOOK
Sponsored by Alabama Cremation Center.
6 Entries
So sorry for your family´s loss. Alice was a sweet person and one of our special class mates from BHS.k
Sandra and Randall
May 10, 2021
So sorry about Alice. A terrible loss. Alice has been a friend for as long as I can remember. Alice was one of the sweetest person you could know. Heaven gained another Angel.
Bonnie Carmack
April 17, 2021
I'm so sorry to hear about Alice. She was such a sweet and giving person. She will be missed by many. RIP dear friend
Carol B. Garner
April 16, 2021
I'm so so sorry about Alice. She such a dear friend. I'm living in Georgia now or I'd attend the service. She helped me so many times at Christmas and on arrangements. God bless and I pray for peace and comfort. Larry Fogarty
Larry W Fogarty
April 15, 2021
Gina I am very sorry about the loss of your mother in law. Thinking of you all and extending sympathy and prayers.
Louise Brasher
April 15, 2021
So sorry for your loss.
Elena Mapp Sudduth
April 15, 2021